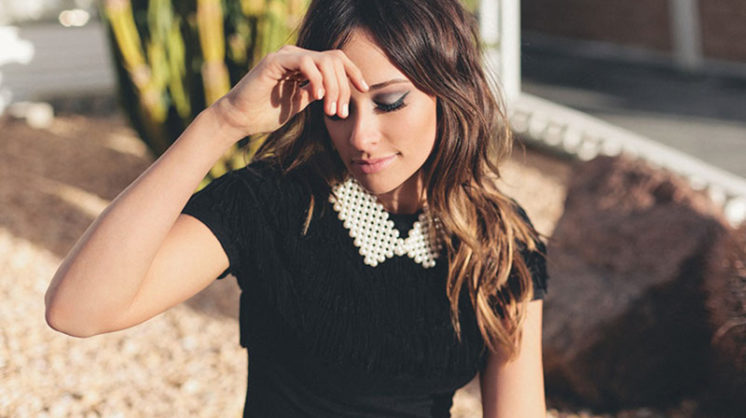 It seems that contemporary female country music has been defining feminism of late as the angry ranting of a crazed bitch hell-bent on revenge. It mostly started with “Goodbye Earl” by the Dixie Chicks in 1999, in which an abused wife murders her husband by poisoning his black-eyed peas. Soon after, Miranda Lambert set fire to her ex-boyfriend’s house in “Kerosene,” and Carrie Underwood destroyed Tony Romo’s perfectly good Ford F-150 pickup truck with a baseball bat in “Before He Cheats.”

Kacey Musgraves is a progressive feminist singer-songwriter who doesn’t resort to extreme measures. At 27, she’s an old soul who preaches empowerment, rationality and no patience for intolerance. She’s also brutally honest as her song’s characters assess their lot in life.

Born in Golden, Texas, Musgraves was recording for an independent label until she signed with Mercury Nashville in 2012. Her Mercury debut, “Same Trailer Different Park,” was a smash hit that featured “Merry Go ‘Round” and “Follow Your Arrow.” She continued her storytelling on “Pageant Material,” one of last year’s best albums. In just two releases, Musgraves has been able to create a quirky trademark by combining self-deprecation and worldly reflection. Traditional country and western listeners were initially appalled by her daring lyrics. “Mama’s hooked on Mary Kay/Brother’s hooked on Mary Jane and Daddy’s hooked on Mary two doors down,” she sings on “Merry Go ’Round.” On the titular song of her latest, she sheepishly admits, “I ain’t pageant material, I’m always higher than my hair.”

Lyrics and personality and her classic cowgirl pin-up image are all part of her packaging and appeal. She’s engaging because she’s so honest and tongue-in-cheek. Her “matter of fact” homespun advice comes shining through in “Biscuits.” “Pourin’ salt in my sugar won’t make yours any sweeter/Pissin’ in my yard ain’t gonna make yours any greener,” she sings, before she extols you to “Mind your own biscuits, and life will be gravy.” She’s like an inexpensive life coach, except she wears a pink cowboy hat and bustier.

The Kacey Musgraves Country & Western Rhinestone Revue continues its trek across America with a visit to the 405 this month. Though she played the 918 last fall, she makes her debut in the metro with the “Pageant Material” tour. Musgraves will perform Jan. 22 at the Diamond Ballroom, 8001 S Eastern. Tickets for this all-ages show are available at Buy For Less locations, and by phone at 866.977.6849. More information can be found at diamondballroom.com. 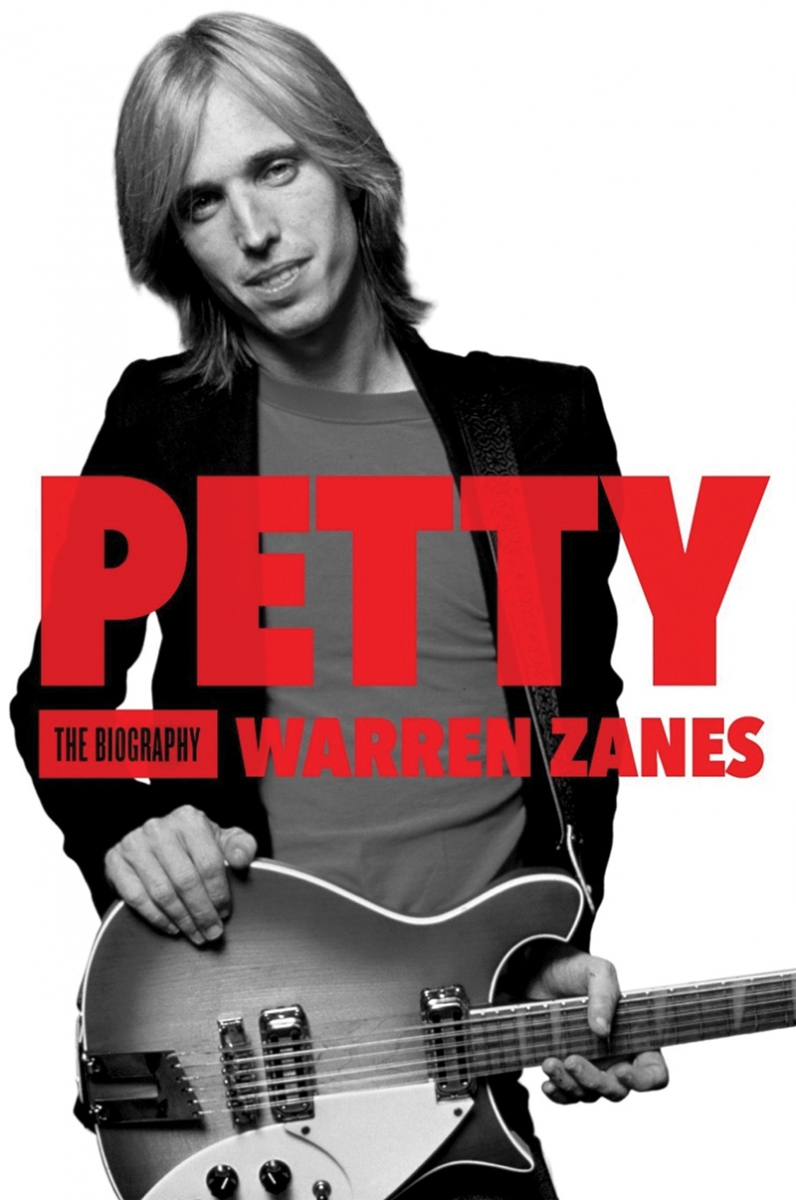 Among the slew of rock and roll biographies on diverse artists such as John Fogerty, Elvis Costello, Chrissie Hynde and Tom Petty that were released in the last few months, Petty’s was perhaps the most curious. While I’ve always liked his songwriting and early records with the Heartbreakers, I never thought of Petty as a compelling artist with great stories to tell.

Before Gregg Allman and Sammy Hagar released their respective biographies, I anticipated both books were going to be fantastic reads (and they were), because I could easily identify with the tragedy and triumph with both musicians. With Petty, I always found his interviews to be aloof and drama-free. I knew his history of working with legends such as Bob Dylan and Roy Orbison. I knew he had problems with certain members of the Heartbreakers, and that he battled for years with his record company over pricing, production and control. But I didn’t know his duality, his demons and his personal motivations until reading Petty: The Biography.

Written by former Del Fuegos guitarist Warren Zanes, a self-described “super fan,” the book unveils the darkness that helped shape Petty’s life and music. Zanes is not only an ex-musician who toured with Petty, but is an academician and historian, as well. Zanes’ capabilities help him to carefully detail Petty’s previously unknown heroin abuse, as well as the future star’s boyhood, living in an abusive Florida household.

A large portion of the book focuses on the emergence of Petty’s band the Heartbreakers, and the acrimony of dealing with the music business. These stories showcase why bands break up and how money and the clash of egos become insuperable barriers to making good music. At 65, Petty has earned the right to tell his life story, and Petty: The Biography is a good one. 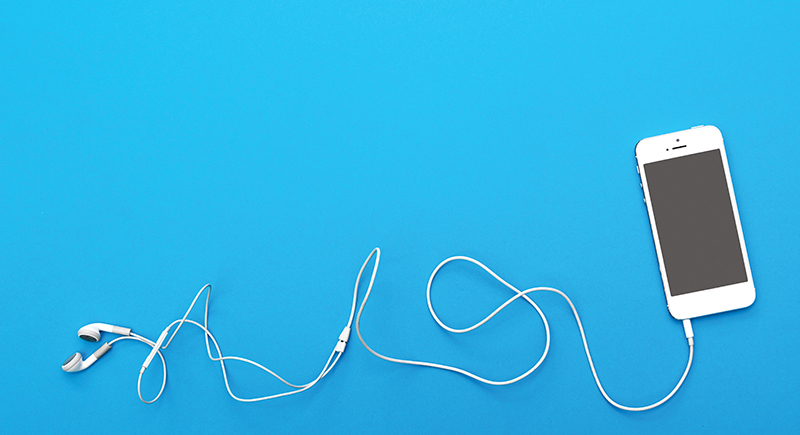 How I learned to love iTunes and digital music

I never hated iTunes; I just wasn’t a fan. I had my reasons. I used to own a record store, so I was predisposed to appreciate vinyl. Also, I was never into singles. I made an early habit of buying the whole album. When compact discs took over, my collection went from one shoebox in 1984 to two rooms of floor-to-ceiling shelves in my house today.

In the mid-1980s, compact discs were still in limited production, and most artists released their music on vinyl and cassette first. There were only a few manufacturing plants globally that could make CDs, so sometimes it would take months for CDs to hit the stores.

For the few years before simultaneous formats, I would generally buy the vinyl first and wait for the CD. One day in the mid ’80s, I foolishly assumed that everything was going to come out on compact disc, and I got rid of all of my vinyl.

What I didn’t anticipate was that record company contractions and mergers would create a situation where a large chunk of music from the ’80s was never going to be released on CD.

Compact discs had a great ride as the primary format for popular music until spring 2003, when the iTunes Store was introduced. While digital music has a substantial share of pop music available, and despite the mild resurgence of vinyl for audiophiles, CDs are still the most accessible music format for music collectors and archivists. But digital music has its appeal: It’s instantaneous. Download it and it’s ready to play.

For the last few years, when I was bored on a Friday night, I would sit at the computer and play YouTube roulette. Just think of an obscure video, search YouTube and see if it pops up. As if by magic, almost every time it seems someone in this small world has uploaded the video, probably sourced from a homemade VHS tape.

A few weeks ago, I opened iTunes and started searching for lost music from my youth. I unearthed a treasure trove! I found an unreleased record from Candy, Gilby Clarke’s power pop band. Face to Face, a Boston-based new wave band that released two records on Epic, can be found on iTunes. I even came across the Producers’ “You Make the Heat,” featuring one of my favorite songs, “She Sheila.” I rediscovered long-out-of-print records from Nik Kershaw, Tony Carey, Prism, Shooting Star, Red Rockers and A Flock of Seagulls.

Another great thing about the digital catalog is that most of the albums are available for $5.99. That’s actually cheaper than when they were originally released on vinyl 30 years ago. So, I’ve come around to iTunes. It now has a place in my heart … although I still refuse to listen to music using ear buds.