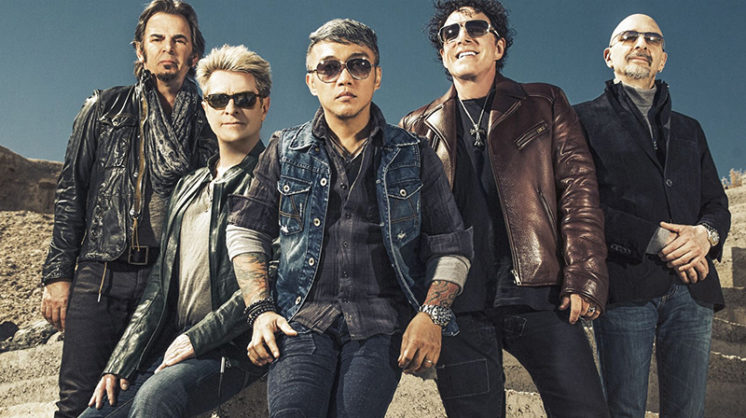 Love them or hate them, Journey has survived more than 40 years together, and with 90 million records sold worldwide, plus a trademark iconic anthem, the band from the City by the Bay has become an enduring franchise.

Journey was born in San Francisco in 1973 when keyboardist Gregg Rolie (singer on “Black Magic Woman”) and guitarist Neal Schon (born at Tinker Air Force Base) left Santana to start a new jazz-fusion band. Joining in the early venture were bassist Ross Valory and drummer Aynsley Dunbar. All four had kicked around for years in the Bay Area music scene, and they quickly secured a record deal.

Blessed with good management and label leadership, the band morphed from a progressive instrumental band to a pop/rock juggernaut that would dominate Album Oriented Rock and Top 40 radio. After lead singer Steve Perry joined the band in 1977, the band would peel off six consecutive gold and multi-platinum albums.

By the time the band released “Escape” in 1981, they were selling out arenas coast to coast. “Escape” was one of the first Diamond certified albums (10 million sold), and was the group’s first No. 1 album. “Escape” also featured what would become the band’s signature song. Save for some bad geography in the lyrics, “Don’t Stop Believin’” is one of the most dynamic motivational anthems in American rock and roll history. (The city boy born and raised in “South Detroit” is actually from Windsor, Canada, on a map.)

Ten years after “Raised on Radio” was released in 1986, the classic lineup regrouped for a successful reunion with Steve Perry and the release of “Trial by Fire” in 1996. Perry’s broken hip and long-delayed surgery kept the rest of the band from touring. Schon, realizing that Journey was a bankable brand and that money was to be had touring arenas, lacked the patience to wait for Perry to recover. He started auditioning singers and found a Perry sound-alike in Steve Augeri.

The band recorded and toured with Augeri, until his voice gave out. Locked into a big tour, the band ushered in Jeff Scott Soto to replace Augeri. Journey was able to sustain enormous changes in the music and touring business without Perry, but in 2007, they again found themselves looking for a lead singer. This time, a precedent had been set. When Judas Priest hired Tim Owens – a copier repairman from Akron, Ohio – to replace singer Rob Halford in 1996, Owens’ story established a new approach in auditioning talent. Owens performed in Judas Priest tribute bands throughout the Rust Belt and was discovered by members of the original band through videos that fans had sent the band. The story would later be the primary inspiration for Mark Wahlberg’s Rock Star in 2001.

So, in 2007, Schon and Cain were in front of their computers looking at Journey tribute bands on YouTube. They found poorly shot videos of a singer from the Philippines named Arnel Pineda, who could replicate Perry’s soaring vocals on karaoke tracks filmed in a small club in Hong Kong. Pineda got an email from Schon and promptly ignored it as spam. When he emailed Schon back, he got a phone call and a ticket to San Francisco to audition. Within a month, he was fronting the group that he had worshipped as a fan. A year later, “Revelation,” the first album recorded with Pineda, returned the band to platinum status. The end to an unbelievable story? Of course not.

Journey will perform will perform Aug. 16 at the Chesapeake Energy Arena for the “San Francisco Fest 2016 Tour” with the Doobie Brothers (originally from San Jose) and Dave Mason (former Traffic guitarist from England). Tickets are available by phone at 800.745.3000 or at ticketmaster.com. 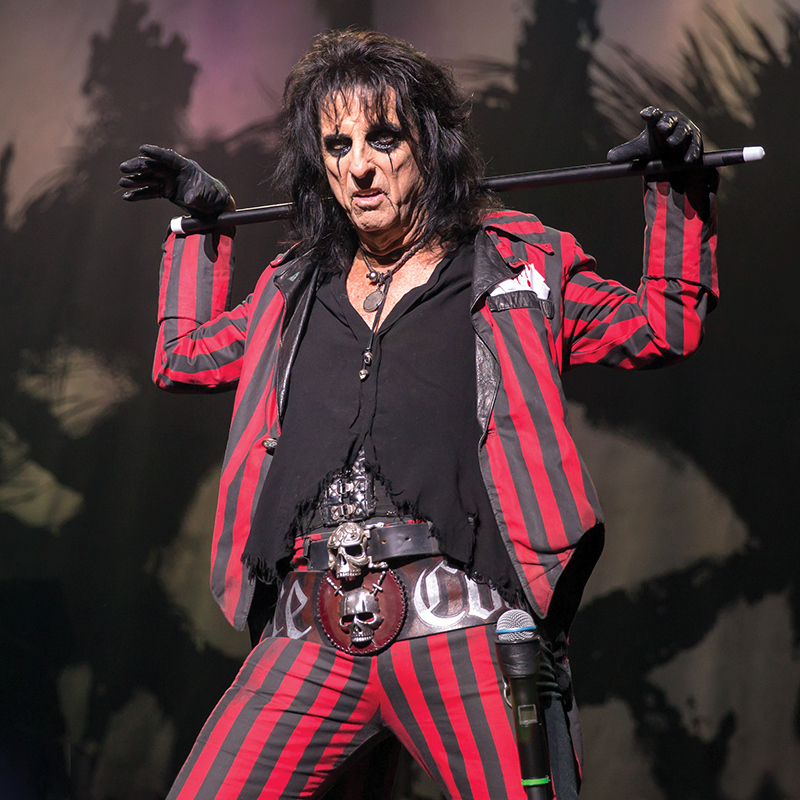 In just a few months since opening in the spring, The Criterion Music Hall has been able to bring in diverse acts such as comedian Dave Chappelle, Third Eye Blind, Gregg Allman and now, a classic rock and roll anti-hero in Alice Cooper.

For his show on Aug. 19 at the Criterion, 500 E Sheridan in Bricktown, the “Godfather of Shock Rock” will bring his full stage and band that he toured with while opening for Mötley Crüe last year.

Born in Detroit in 1948 to a preacher father, Vincent Furnier grew up to be a Beatles fan, and later, a huge fan of the Who, Kinks, Rolling Stones and Yardbirds. Moving to Arizona in the late 1960s, Furnier and friends started a band and soon were playing in Los Angeles. Being a visionary, Furnier knew the band needed a gimmick, and soon changed its name to Alice Cooper. He also took that name for himself. With the horror movie make-up, the drag-queen ensemble and the band’s scary image, the band and the man started generating notoriety and urban legend status for their shows.

In 1970, Cooper had his first breakout hit, “I’m Eighteen,” an anthem of male isolation and anger. It would later go on to influence scores of similar songs by seminal groups such as Iron Maiden, the Ramones and the Sex Pistols. Throughout the 1970s, Cooper’s stage show became the hottest ticket in town and his reputation approached mythic status, predating Ozzy Osbourne’s antics by nearly a decade.

Of course, booze and drugs would take a toll, and the 1980s change in musical direction made survival difficult. But in 1989, Cooper scored a Top 20 hit with “Trash” and returned to touring with his old stage props to a whole new audience that missed out on him the first time around. “Welcome to My Nightmare 2,” released in 2011, cemented his status as a legend when he and the original band were inducted into the Rock and Roll Hall of Fame in 2010. Visit CriterionOKC.com for ticket information. And pleasant dreams.