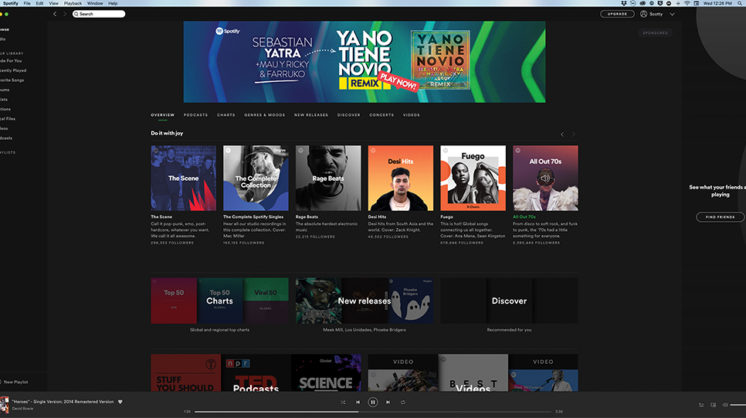 When I used to write for a weekly publication, the first column of a new year always included my predictions on what could happen in the coming 12 months. While I never went back to check my winning percentage, it was always fun playing Nostradamus. Now that I write for a monthly, I’m continuing my attempt to see into the future; here are some thoughts on music trends to look out for in 2019. Have an amazing and healthy year, 405 readers. Enjoy the music!

STREAMING WILL BE "SPOT" ON Several months ago, a friend of mine received a compact disc as a gift – and couldn’t play it because she didn’t have a CD player. Streaming apps such as Apple Music, Sirius XM and Spotify have made new music and back catalogs instantly accessible, and advances in micro-speaker and headphone sound have cooled off audiophiles from complaining about noise compression. People are either becoming less material in their quests to “own” music, or they are just going with the convenience of instant music at their fingertips.

Streaming services are going to continue to grow in 2019, and their capacity will improve with technological advances and more music to choose from. Hip artists will see a continued growth in vinyl and quirky formats: the cassette and 45 (vinyl) singles. The CD remains popular in Europe, so it’s not dead yet. And if Adele releases new music in 2019, the compact disc will still be breathing. Barely.

RESURGENCE OF POLITICAL ACTIVISM Prior to 2016, most contemporary artists were more about their art than making waves. But the past year has seen artists being bolder in expressing their political and social opinions. Axl Rose and Tommy Lee started speaking openly about climate change, Willie Nelson endorsed Beto O’Rourke on his failed Texas Senate run, Eminem has been venomous on his views on the president, and artists such as Jason Isbell, Taylor Swift and Eric Church are also unflinchingly speaking out. I see this inclination growing in 2019.

COLLABORATION AND OPPORTUNITIES Local artists will continue to grow their art. Thanks to streaming services, social media and the presence of smaller, pop-up venues, performers in the 405 will see their opportunities continue to grow in the coming year. I see more collaboration between performers, and a melding of genres – perhaps at a festival where a traditional blues musician performs with a hip-hop poet. The recent announcement that the Granada Theater in Texas acquired a minority stake in the Tower Theatre will affirm that the OKC metro is a growing musical force and is only getting stronger. 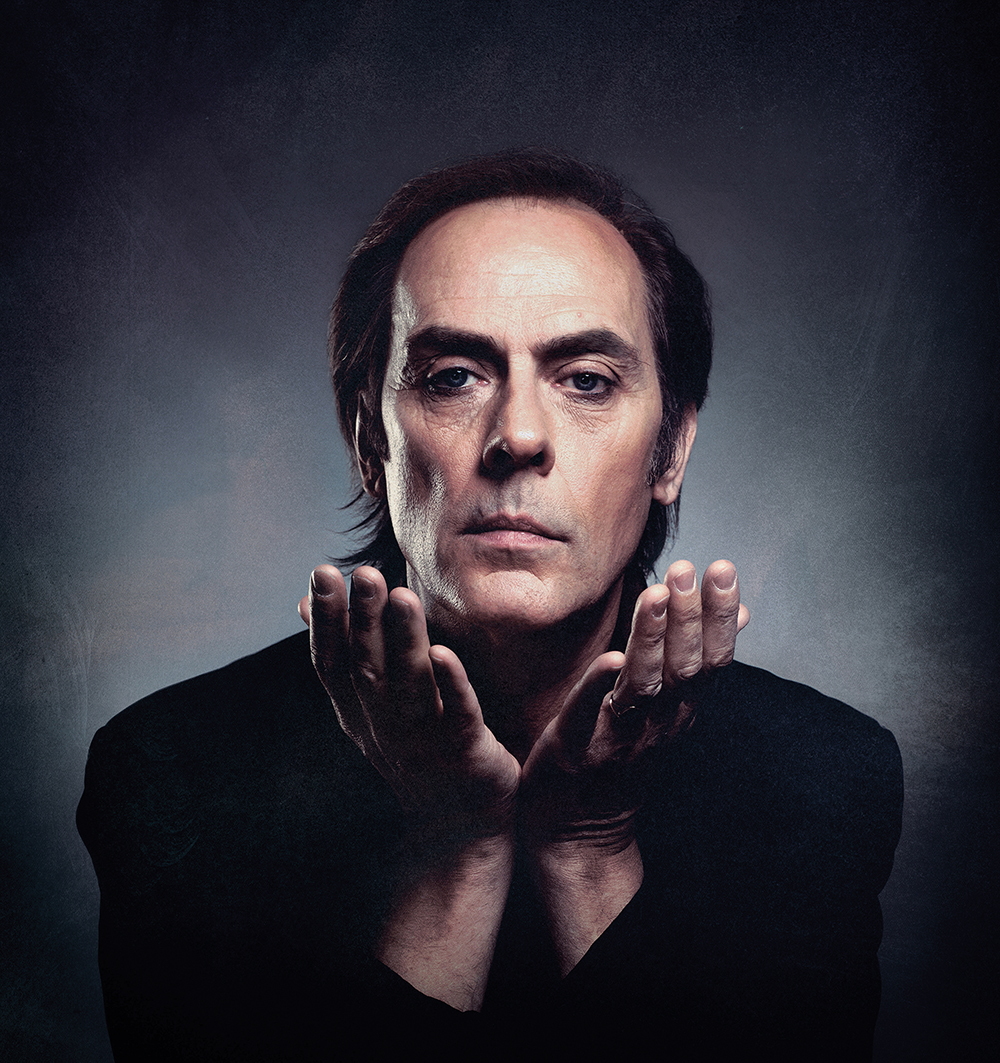 One of the funniest bits on “Saturday Night Live” was “Goth Talk,” a fictional Tampa, Florida, public access show hosted by Chris Kattan’s “Azrael Abyss” (before he has to work the late shift at Cinnabon). The level of accuracy to the gimmick was completed by the inclusion of Bauhaus’ “Bela Lugosi’s Dead” as the introductory theme song.

Bauhaus was a legendary English post-punk band, formed by childhood friends Peter Murphy, Daniel Ash, Kevin Haskins and David J. Their 1980 debut “In the Flat Field” established the Goth genre and made Bauhaus the leading purveyors in this fun, growing music scene. But band infighting and a change in musical direction led to a breakup; Murphy went solo, and the rest of the band went on to form Love and Rockets.

Four decades after its formation, Murphy is celebrating the band and its music with the 40 Years of Bauhaus Ruby Celebration Featuring David J Tour. Not only is this a semi-reunion, but the show will feature a performance of “In the Flat Field” in its entirety. In stark contrast to its past, this show will be a cheery celebration of the band’s immense contributions to music and pop culture.

Time to get those baggy black shirts and jackets out of the closet and get your Goth on; January 27 at Tower Theatre, 425 NW 23rd in OKC. Tickets can be purchased at ticketfly.com.