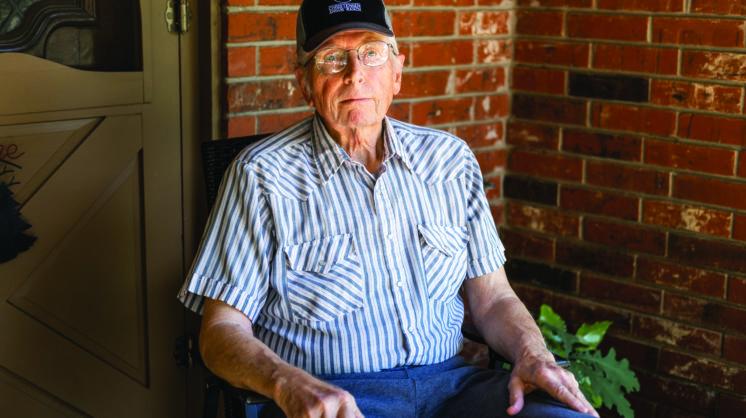 In 1997, Don Nicholson and Kent Meyers were on a lunch break while touring the Oklahoma County Juvenile Justice Center and the Pauline Mayer Shelter. As the tour organizers passed out box lunches at a facility where police interviewed children who were sexually abused by a parent, the two attorneys discussed how they could make a difference in those children’s lives.

“We saw a number of things on that bus trip that caused us to have concern about children that were being mistreated, that didn’t have good families,” says Nicholson, 85. “Kent and I were shocked to find out how many children there were in Oklahoma County that were abused or neglected, only a fraction of which were being taken care of by the Department of Human Services. Kent said, ‘We can do what we always do. We can represent these children.’”

At an age when most professionals start thinking of ways to trade their workload for time on the golf course, Nicholson and Meyers started Oklahoma Lawyers for Children (OLFC), a nonprofit organization providing legal support for the more than 5,000 children making their way through a labyrinthine and overburdened system. Some are placed in the care of the Oklahoma Department of Human Services because parents were unable to properly provide for them, or they were abused, or committed crimes. Nicholson said the causes often start with parents abdicating responsibility.

“There are a lot of families where the father runs off and leaves the mother right after the children are born, or even before,” he says. “Then the mother’s got to raise them, and that ends up with the mother having a couple or three jobs and not having enough time to take care of the children. And around the time of adolescence, they get in trouble and wind up in DHS custody.”

Those children would often receive legal representation from the Oklahoma County Public Defender’s Office, but the attorney-to-child ratio was staggering, Nicholson said. To meet their need, Nicholson began recruiting volunteers from within the legal community to offset that ratio and provide expert legal representation for the county’s indigent minors.

Nicholson said the process of drumming up interest in Oklahoma Lawyers for Children was definitely in his wheelhouse. He was 62 years old at the time, and had built a sizable contact list over the previous four decades – seasoned courtroom veterans from major law firms in the area.

“I would tell them, ‘You can’t turn me down on this deal. You’ve never had a totally honest client, and now you’ve got a chance to have one,’” he says. “And if they turned me down, and not many of them did, I’d say, ‘Now, wait just a minute. Before you turn me down, I want you to read the file we have on this child and see what’s involved.’ I’d deliver the file to them and it wouldn’t be 24 hours before they would be calling, wanting to volunteer to represent that child. It made them sick to see what was going on.”