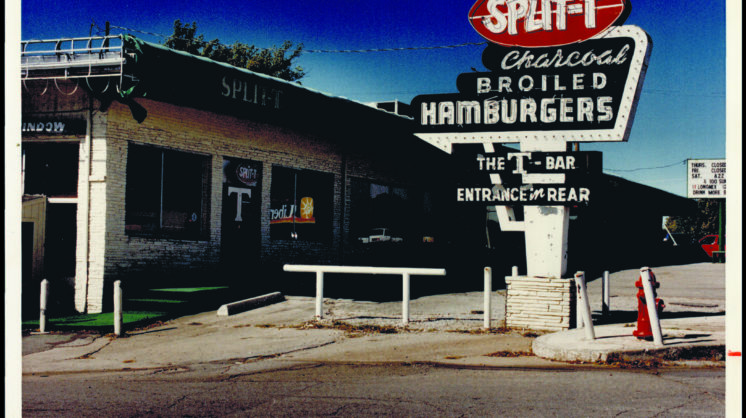 Any restaurant that stays in business for half a century puts an indelible imprint on its community, and the memories of first dates and family gatherings cannot be separated from that room full of tables and booths. But Split-T, a burger restaurant that defined Oklahoma City burger culture, was so much more than that.

The late Lynne Rostochil, who was a champion of mid-20th century culture and architecture in Oklahoma City, wrote a love letter to Split-T on her Okie Mod Squad blog in 2018. It illustrated the kind of emotional and culinary pull of the famous Western Avenue burger spot, from its T-shaped front door handles to its epic chili cheeseburgers. Rostochil wrote about her years in the wilderness of Dallas, where her mother and aunt could not find a decent burger in the 1970s.

“When my mom, sister, and I moved to Dallas in the early 70’s, my mom’s one lament was not having Split-T around. No more yummy, freshly charbroiled burgers. No more super crunchy, munchy onion rings,” she wrote. “She (had) always fancied herself a hamburger connoisseur and proceeded to drag my little sister and me to every burger joint in Dallas looking for a patty that compared with the juicy, well-flavored ones at Split-T.“

The search was in vain and Rostochil didn’t enjoy a burger again until she returned to the Split T in the 1990s.

The Split-T, named for the football formation used by legendary University of Oklahoma coach Bud Wilkinson, had that effect on people. Opened in 1952 by Vince Stephens, the restaurant was managed by David “Johnnie” Haynes until 1971, when Haynes left to start his own Oklahoma City burger institution, Johnnie’s Charcoal Broiler. Haynes’ sons still run Johnnie’s, which carried many of Split-T’s traditional menu items like the Caesar and Theta burgers. 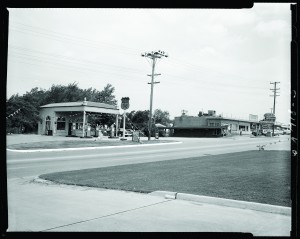 In the 1950s and ‘60s, the Split-T was a traditional drive-in with stalls, Order-Matic menus and carhops — a perfectly sliced piece of Americana in a still-young city experiencing an enormous growth spurt. While a Theta burger at Johnnie’s now costs $5.69, they cost $0.35 when Split-T first opened.

Northwest Oklahoma City was still being developed at the time, and teenagers going out on weekends had two main destinations: Northwest Classen High School students went to Charcoal Oven, and students from the old John Marshall and Harding high schools congregated at the Split-T. During its prime, it was often hard to distinguish Western Avenue from the Split-T parking lot, because the demand to get into Split-T caused an uncommon amount of gridlock.

As drive-in culture waned in the 1970s, Split-T removed the car stalls, and the carhops were brought inside. Its Coca-Cola mural, featuring portraits of Elvis Presley and Marilyn Monroe in all their mid-’50s glory, was a popular spot to take photos of classic cars as old and new customers returned to make new memories.

With the exception of a few months in 1994 when the restaurant filed for bankruptcy, Split-T was in constant operation during its 47-year reign, which ended on Sept. 15, 2000. The building sat silent for more than a year and then was demolished on Nov. 26, 2001.

While Split-T has been gone for two decades, there are vestiges of the old location seen in signage for Split-T Center, a strip mall that owner Stephens developed at the site of his old restaurant, as well as the Sonic Drive-In next door. Both locations feature football-shaped signs that serve as an homage to the beloved burger place that far outlasted the offensive formation for which it was named. But there is a fair argument to be made that Split-T never truly went away. It is in the DNA of great burgers throughout Oklahoma City.