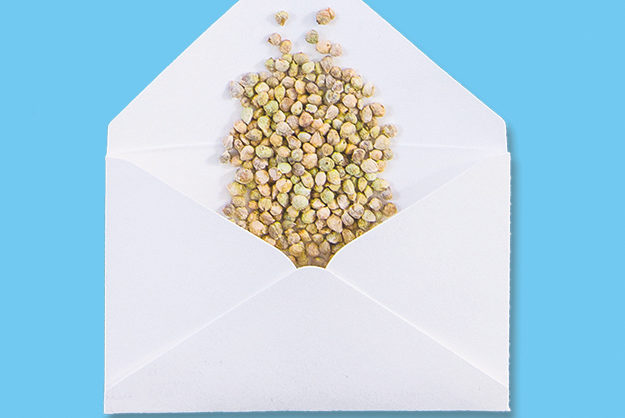 One Of The Best Resources For New Gardeners
In Our State Is The OSU-OKC Extension Office.

Their website, osufacts.okstate.edu, is filled with fact sheets that cover just about every garden-related question you could think of, but if you are just getting started it can be a case of information overload. Here’s our simple breakdown of some commonly grown items for the Oklahoma gardener.

ensures you don’t have a huge crop of any one item at one time. Plant a few seeds every couple of days or each week so that the plants will mature at different periods – for example, you won’t need a dozen heads of lettuce or 50 radishes to all be ready the same day; you might want to space them out so you can have fresh salads for weeks.

helps hard outer shells of some seeds soften up so that the seed can sprout. Place seeds in a damp paper towel or coffee filter in a closed zip-lock bag on the kitchen counter to moisten them up enough to send out a shoot. Once the shoot has sprouted, don’t wait too long to plant because the seeds will mold easily in the moist, humid environment.

Additional popular crops grown in our area include Irish potatoes, onions and asparagus. Plant seed potatoes and onion plants – the best onion plants are thinner than a pencil in diameter; thicker ones tend to “bolt” (flower early) and will not create a good-sized onion bulb – between February 15-March 10. Plant dormant asparagus crowns in the spring, keeping in mind they are perennial and will be in the same location for a decade or more. Asparagus should not be harvested the first year so they can store up their energy for their long lives, the second year may have minimal harvesting and the third year is full production.

This is what most people think of when they think of a vegetable garden – it encompasses all those delicious tastes of summer!

Always use fresh okra seeds, as they are very sensitive to aging and will not germinate reliably if they are old. Peppers’ growth can stall if exposed to cold, so if nighttime temperatures are not adequately warm, wait a bit longer to put peppers in the ground – tomatoes are not quite as sensitive.

Herbs can be difficult to grow from seed, and are often propagated by cuttings. If you feel up to a challenge, starting herbs from seed might be right up your alley.

Presoak cilantro and parsley seeds in water overnight to give them a head start before planting, and grow in pots large enough to contain the mature plant because it doesn’t like being moved. With basil, the more you keep up with harvesting, the more leaves this plant puts out, so get ready to freeze some pesto. It comes in fun colors like purple, too!