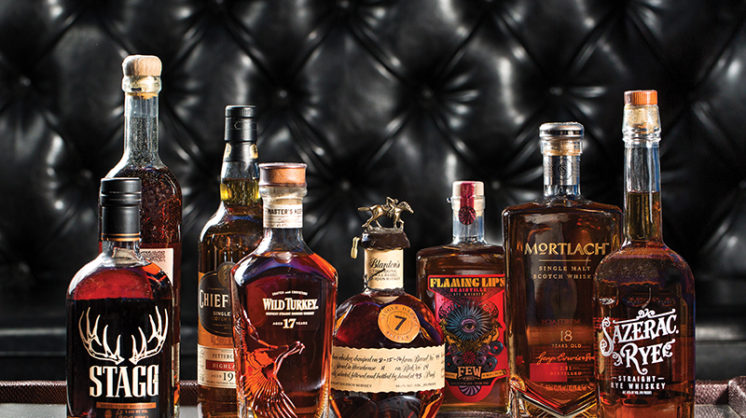 Cigars are returning to WSKY Lounge in Deep Deuce as part of a near complete overhaul of the concept. Co-owner Tony Greene calls the rebrand a “return to WSKY’s roots,” but it won’t be WSKY any longer. When the bar reopens on September 8, the name will be Stag Lounge, and cigars – as well as high-end whiskey – will once again be the main points of focus.

WSKY went non-smoking in 2016 in an attempt to reach new customers, a move that was criticized by cigar aficionados around the metro. Greene says Stag Lounge is a return to the location as “an elegant oasis for smokers and non-smokers alike.” Whether or not non-smokers will consider it an oasis remains to be seen, though.

“This reboot is really about returning to where WSKY began,” Greene says, “Where the love of cigars and the level of service makes the experience memorable.”

As part of the reboot, the bar area is getting a mini-renovation: new décor and a new color palette are being added, and interior and exterior lighting are being updated.

“The changes are designed to add to the overall ambience and enjoyment of Stag, so our customers can enjoy the new brand experience,” Greene continues. “Customers will also be able to enjoy Stag’s upscale indulgences in a comfortable atmosphere, thanks to a state-of-the-art ventilation system.”

Greene said Stag will continue to serve small, shareable plates, but the new dishes will be designed to pair with craft cocktails, high-end Scotches, Bourbons, whiskeys and cigars. Stag’s walk-in humidor will feature a selection of 20-30 cigars that can be purchased on the premises.

WSKY has had the city’s best selection of Scotch and other whiskeys since the concept first opened. The menu has more than 300 selections, but Stag intends to improve an already impressive lineup.

For the more financially restrained, Stag will offer a wide selection of whiskey flights, as well as local beer, ciders and a small wine list, including a sparkling wine on tap.

The same group owns Stag’s neighbor, Slaughter’s Hall, and Greene said Slaughter’s will undergo smaller modifications in both menu and beer selection, with a “simpler” food menu that is meant to be paired with craft beers.

Stag Lounge will be open seven days a week from 3 p.m. to 2 a.m. beginning Friday, September 8.