Stair Climbing for a Cause - 405 Magazine 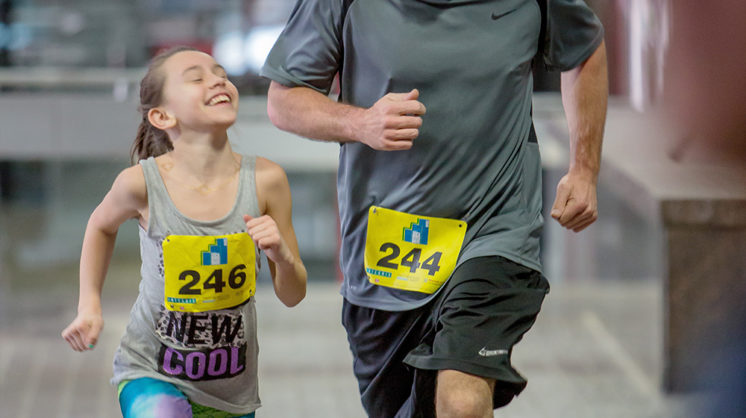 Fitness fanatics from across the world, including a team of firefighters in full gear, will gather for a fundraising stair-climbing competition that covers more than 100 floors in downtown OKC.

Raising money for the Homeless Alliance and Sunbeam Family Services, Little Willie’s Triple Dog Dare is the brainchild of John Hildenbrand, a seasoned triathlon competitor who wanted a race that could be held during the winter – unaffected by the weather.

With the help of friend Mark Beffort, who has ownership interests in several downtown buildings and serves as CEO of Investments for Newmark Grubb Levy Strange, the first race was held in 2012.

“During the cold months, there aren’t a lot of races available for people to participate in,” says Beffort. “Having an indoor race provides runners with an option during the winter, and throwing in the stairs makes it a unique challenge.”

“It’s good practice for firefighters to climb the stairs of buildings wearing their gear; that’s why every year we have several groups of firefighters who participate,” explains Hildenbrand, who is a regional manager at Academy Mortgage. “Racers have ranged in age from 10 to 70 – some athletes, and others who just do it for fun.”

The race is the only one of its kind in the U.S. where participants are required to run up and down the stairs to gain points, which qualify for the U.S. Stair Climbing Championship. Other stair climbing races that are held around the U.S. include one in the Empire State Building and in the Sears Tower.

To entertain spectators and encourage the climbers, live music from bagpipers and gospel singers will fill the stairwells, and fiddle sensation Kyle Dillingham will be near the last stairwell to boost the spirits of flagging racers.