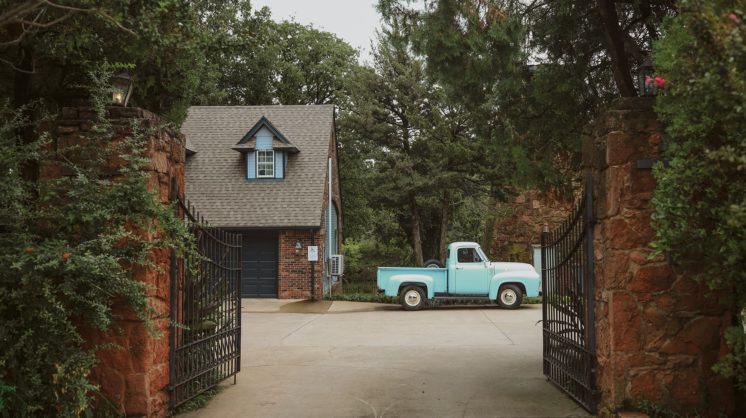 A stay at new bed and breakfast The Monastery at Forest Park is a way of coming into close contact with a remarkable past. Once home to Oklahoma oilman and politician Robert S. Kerr, the nearly century-old property at 3500 N Coltrane later served as a monastery to Orthodox monks – hence its moniker, “The Monastery.” 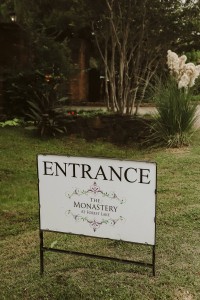 Nestled among oak, walnut and bald cypress trees, the Monastery’s 15 acres contain a small lake rife with fish and waterfowl. It is a setting uniquely tailored to its origins as a 1920s men’s retreat for the city’s oil barons and high rollers.

Owners Matthew and Sharyn Pierce, who have dedicated much of their time to researching the Monastery’s history, said the dwelling likely holds untold secrets due to its unusual construction.

“A bunch of oilmen looking to create a private lodge created a corporation called the Anglers Association. They purchased 40 acres and began construction here in 1925,” says Matthew Pierce. “This was a gated, with 18-inch stone-wall, fortress with a double front door. If you could get through the first door – about a 100-pound front door – you would enter another small chamber. Then you had to get into the next door, which brought you into the parlor and ballroom, which is now the wedding chapel.”

Pierce suspects the house probably served as a speakeasy during Oklahoma’s Prohibition years given the privacy measures that went into the design of the entrance. It even has a hidden door at the back of what was then the parlor, leading to a tunnel beneath the house and exiting near the lake. 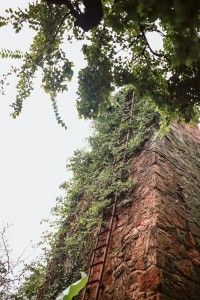 The original native sandstone structure included four bedrooms plus servants’ quarters, and was suitably located near Twin Hills Golf and Country Club, which dates back to 1920.

“They had a maid and a cook that stayed in what we now call the Cottage,” Pierce says. “And it was on the far edge of Oklahoma City at that time, so it was definitely a hideaway.” 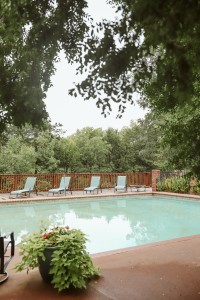 But the Roaring ’20s gave way to the Depression Era and oil prices plummeted. Compared to other states, Oklahoma suffered the third-greatest decline in income between 1929 and 1932, according to Oklahoma History Center statistics. Members of the Anglers Association likely were forced to abandon their affluent lifestyles, and eventually sold the home in 1934 to one of the group’s prominent members, Robert S. Kerr, according to Pierce’s records. 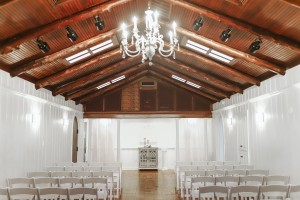 Kerr sold the property in 1949 to physician John P. Colmore and wife, Jean, who raised five children there. Upon John Colmore’s death, Jean Colmore then sold it in 1970 to 13 Orthodox monks from Illinois.

During their tenure on the property, the monks of Holy Protection Orthodox Monastery drew national attention for their unusual enterprises, which included the tending and raising of ostriches, developing a bread-baking concern called Brother John’s Bread and serving as volunteer firefighters in the Forest Park community. 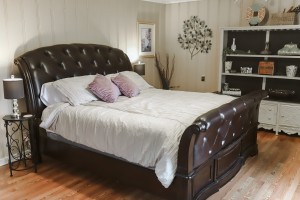 “They were here from 1970 to 1988,” Pierce said. “My first memories (of this place) were buying bread here as a child. ‘60 Minutes,’ ‘Real People,’ Chicago Tribune, Time – they all did features on the firefighting, ostrich-raising, bread-baking monks.”

Over the next two decades, the property sold to another family who added onto the original dwelling, increasing the square footage to accommodate a total of seven bedrooms and nine bathrooms. That family, too, ultimately moved on, leaving the home mostly unoccupied for several years, Pierce said.

“We came (to Forest Park) in 2018 looking for a tiny house on a lake and found this place. We Google-searched ‘pond … pool … trees … house’ and this came up. It was ‘pond … pool … trees … and 11,000 square feet of insanity,’” he says. “The house was just a nightmare. It hadn’t been lived in in years – had been on the market for five years. Nothing worked. But every Sunday we’d come back in the afternoon and look and walk – and thought it would make a great bed and breakfast.” 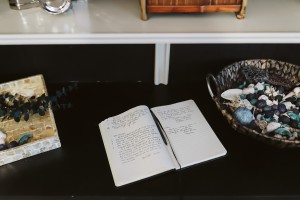 The Pierces bought the property and opened that bed and breakfast in 2019. It features three guest rooms, a wedding chapel, a bridal suite – which served as the Kerrs’ master bedroom – and the former servant quarters, now called “The Cottage.” The property also offers a great room with dining tables for breakfast, swimming pool, patio with fire pit, fishing and a hot tub.

So far, the Pierces have remained busy, even through the pandemic. And while travelers may come for the aesthetics, Pierce, a gifted storyteller, ensures they leave with a sense of Oklahoma’s very colorful history.