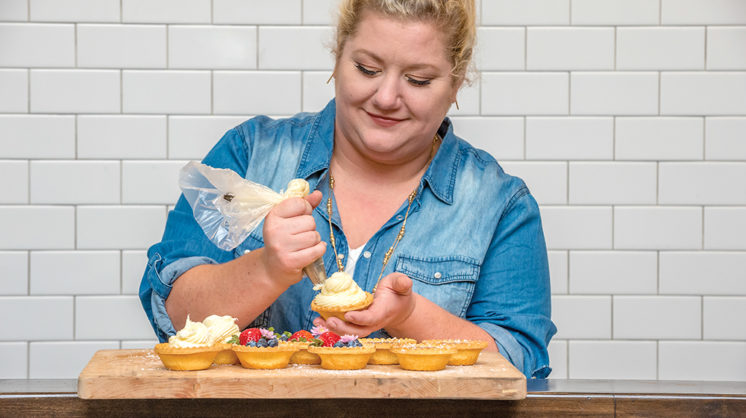 Stephanie Miller grew up the youngest of seven children in a family devoted to practical science: mother a nurse and father a cancer researcher. At home, dinner was “an ordeal.” Mother and father worked as a team to feed the family of nine, and the lesson has stuck with Miller. As the operating partner at Café 7’s downtown location, she prefers people who are solid team players.

“After I was born, my mom went back to work as an RN,” she says. On the nights when she had to work late, my dad would make a giant pot of beans and cornbread cooked in a cast iron skillet. I always appreciated how they worked together seamlessly as a team.”

Miller started cooking at three. Her mother couldn’t make breakfast for her one morning, so she put an egg in a skillet and went back to her room. The house soon filled with black smoke, and she distinctly remembers her mother evacuating the children from their home. It was a dubious prelude to a culinary career that began at fifteen.

“Every job I ever had was in a restaurant,” Miller says. “I knew I wanted to help people, but I didn’t really know how. I always enjoyed cooking, and learning to do it in a setting like our house, where it was always such a chore but everyone helped, was important in helping me decide to go with a restaurant career.”

Her first formal cooking gig was at a lakeside restaurant in Norman. She quickly went from running the registers to working the grill and fryers, a position that taught her speed and efficiency. Most of her instruction came at home and through early jobs, but she did finally go to culinary school.

It was while she was getting formal training at Platt College that Miller met the Café 7 team. “I was fortunate to hone my skills working with great chefs, including Marc Dunham, at Platt, and it was during a ‘garde manger’ class that Paul Sorrentino introduced his plan to start the Café 7 concept. He then introduced me to Jimmy Mays and Chris Kana, now my business partners.”

Away from work, Miller dabbles in acrylic and resin art, and she said she reads more now than ever before. Her garden is where she’s happiest, though, and not least because it’s a reminder of her grandmother, Ina Belle Morrical.

“She always let us help in the kitchen, be it peeling apples for cobbler, canning vegetables from the garden or jarring blackberry jam. We washed dishes, too, in the hottest water imaginable.”

Miller got this recipe from her grandmother, though she said its origins are actually Amish. It’s a simple cream pie, the ingredients for which many people always have on hand, and a delicious alternative to fruit pies. 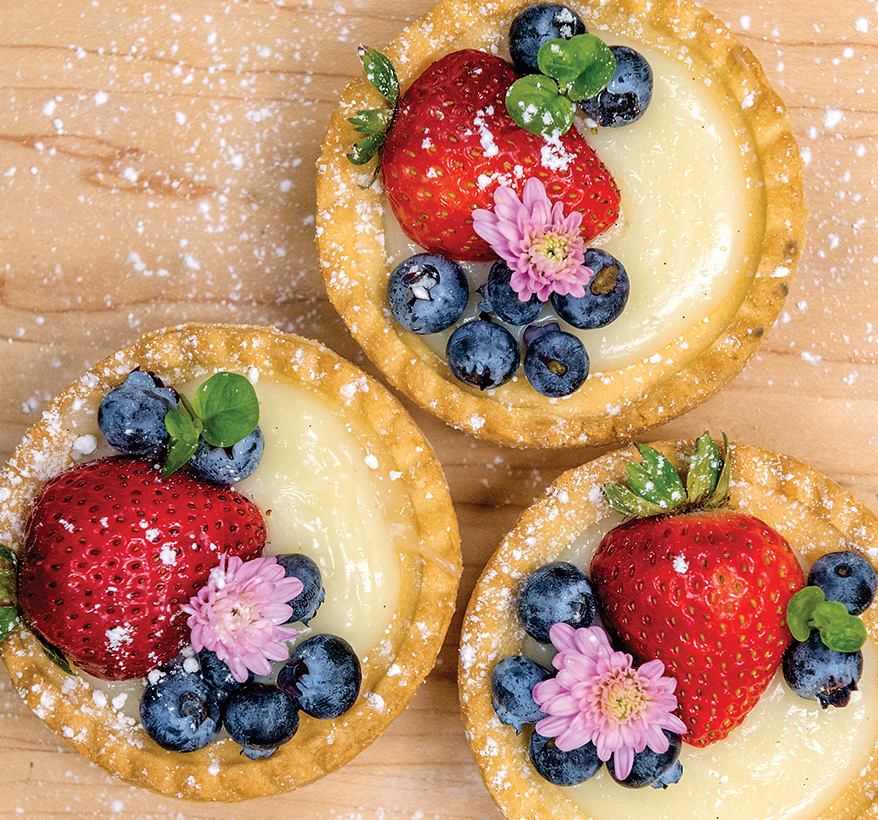 • Add cornstarch to the reserved cream to make a cornstarch slurry and set aside.

• Add sugar into saucepan along with 2 tablespoons of butter, plus the vanilla and salt.

• Bring mixture to a simmer, then add in cornstarch slurry and stir until thickened.

• Pour the filling into piecrust, and top with remaining 1 T of butter, melted and drizzled.

• Sprinkle with cinnamon and nutmeg.

• Remove from oven and chill for 3-4 hours until the middle of the pie is set.