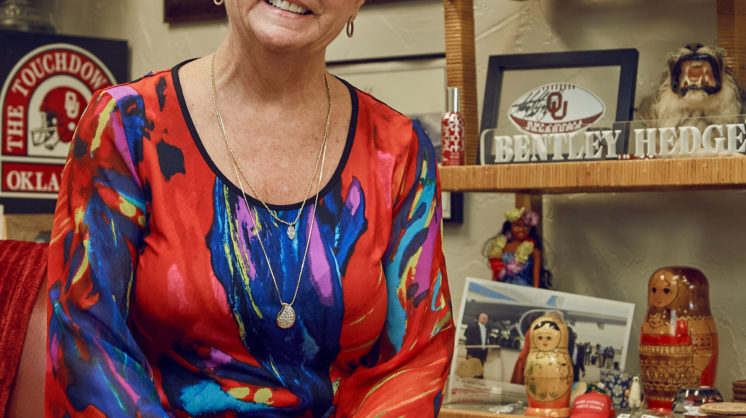 In nearly 50 years in the travel business, Angie Hendricks has seen the Concorde come and go, the explosive growth of the cruise industry and the arrival of budget trips booked on the internet that have threatened brick and mortar agents. Through it all, she’s managed to navigate a world of changes – thanks, in large part, to her love of adventure and people.

Bentley Hedges Travel started in 1970 in a southwest Oklahoma City living room. It was a side project for Hendricks’ father, the agency’s namesake, who was winding down his career with the FAA.

“Mom kept the books and dad was the dreamer,” Hendricks says. “They were what drew me to wanting to be in this business.”

Hendricks, who was 21 when she started at the agency, went to college with the aim of someday taking over for her father. Bentley is now 91, and still makes it into the office most days. As president, Hendricks runs the operation with vice president Sherry Willis, making it an agency completely run by women.

Bentley Hedges Travel became a go-to source for travel arrangements for countless businesses, a role it still plays today while servicing law firms, oil companies and film production companies that shoot in Oklahoma. But for Hendricks, one of her biggest thrills is providing clients with the trip of a lifetime – no matter where they’re going.

“I enjoy talking to people about where they want to go, about their ideas and their dreams,” Hendricks says. “To me, that’s really exciting; when someone gets to go somewhere that they’ve always wanted to go. That’s the fun part.”

Hendricks has been everywhere, from river cruises in Europe to the streets of Hong Kong. A recent favorite was a trip to Jordan, and a rail trip through Switzerland next August is her most anticipated post-coronavirus trip. 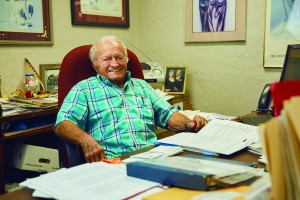 The virus has decimated the travel industry, and Bentley Hedges has suffered along with the rest. Fortunately, though, demand has picked back up, particularly for stateside travel and cruises in 2021 and 2022. Willis has worked at Bentley Hedges for 29 years. She said Hendricks’ attitude has helped the 10-person agency navigate the unprecedented tumult.

“She works harder than anyone,” Willis says. “She’s one of those people who is always upbeat, which is nice; especially in these times as we try to re-emerge on the other side.”

Willis said the near future of the industry is becoming more clear. People want to travel, but they are staying closer to home.

“Last year was a big-time cruise year,” Willis says. “Most of those have been re-accommodated for 2021. But right now, it looks like people are staying domestic, and that will be the trend for the rest of the year.”

As one bright spot, the agency is seeing a different clientele than in years past: young professionals with busy day-to-day routines who don’t have time or interest in planning vacations. Hendricks said that segment of the market doesn’t mind paying someone else to plan for them.

“We charge for our services, but there is value in that service,” she says. “I think people realize that. You can book on your own, but if you make a mistake, there’s really no one to advocate for you. That’s what we do for our clients, and we do it in a professional way. There’s nothing that makes us happier than people who take that trip, and it’s something they can’t wait to tell their friends about.”