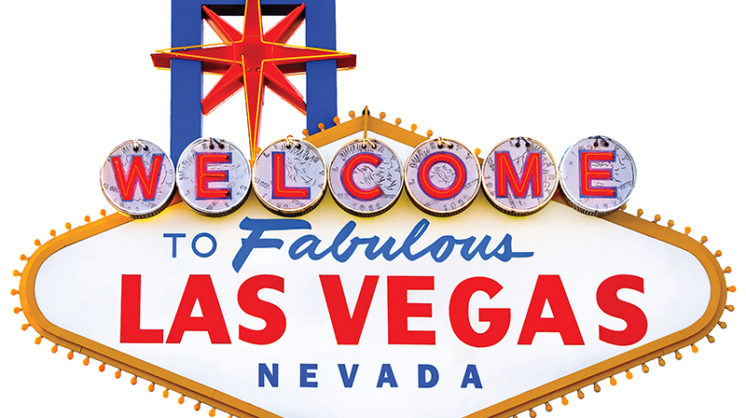 If you read Elaine Warner’s “Viva Lesser-Known Vegas” last month, you got a lovely snapshot of the Las Vegas my parents must have seen every summer on their annual trek to Sin City.

In the same way Christian holidays conveniently line up with pagan feasts of old, my parents’ vacations always aligned with golf tournaments of some kind. Their trips to Vegas were no different: My dad would head out to an all-day golf event, while my mom would park herself at a slot machine and stay there for eight or nine hours, confirming our suspicion on day-long car rides that she had a steel bladder.

With the exception of a brief financial report on my mom’s success (or not) with the slots, my parents never offered ancillary details about their stays in circa 1980 Gomorrah, and we never asked.

Whatever those particulars were, they couldn’t hold an LED candle to the sites of Vegas 2016 – the ones Elaine judiciously omitted from her depiction of the more quaint side of town. If my parents went to Las Vegas today, I’d meet them on the gangway and push them back onto the plane for their own good.

I’ve been to Las Vegas several times, most recently a couple of weeks ago. It’s a great city for many things beyond gambling – shopping and dining, to name two – but for my favorite pastime, people watching, it really doesn’t get any better than Vegas. I used to think it takes a lot to shock me, but this city always proves me wrong.

Before my most recent trip, the last time I was in Las Vegas was less than three years ago. Like all visits before it, it came with a front row seat to the 24/7 spectacle moving down the strip: loud, screaming, barely legal kids who are too drunk to feel the pellet I’d like to shoot into their ass; girls of all sizes stuffed into Size 0 sausage-casings-for-dresses; bright-eyed, innocent toddlers in strollers at 2 a.m., pushed by parents who have no intention of letting Junior’s bedtime stand in the way of an all-nighter with the unwashed masses; the armies of waist-high Asian grandmothers who click-click-click stacks of nudie trading cards for passersby.

This trip, on the other hand, was more eye-opening (and eyeball-burning). People have apparently decided that wearing clothes is too much of a hassle. Nearly the entire strip was just that: naked people. For everyone else, it looked like the Ill-Fitting Apparel convention was in town. An alarming number of people must have been painting the shed in the backyard, moments before deciding, “I think I’ll go to Vegas right now. This is what I’m wearing.”

Passing by a tattoo and piercing studio, I decided I should re-pierce my ears, something I’d been putting off for years. Before Trixie could impale my lobes, she had to ask some preliminary qualifying questions:

Next, all I had to do was sign a waiver as an agreement that, in the event Trixie was drunk, high or pregnant and messed up my ears, I wouldn’t get too bent out of shape about it. As I scanned the form, I noticed the list of available services the studio offers its clientele and, while I’m no prude, I do think there are some things better left un-tatted and un-pierced.

I think the “What Happens in Vegas Stays in Vegas” campaign, besides being over-exposed and well beyond its sell-by date, represents the first point of departure from the sound judgment people leave behind with their Starbucks cups at the boarding gate.

Las Vegas Tourism and Visitors Bureau could nail it with an updated campaign slogan like “What Happens in Vegas Will Probably Require Stronger Antibiotics Than You Can Legally Obtain” or “Vegas: This Is What Happens When You Don’t Listen to Your Mother” or “Vegas: Bad Decisions Start Here” or “This may be Vegas, but you still need to put on a damn pair of Spanx® and learn the difference between a tunic and a dress.”