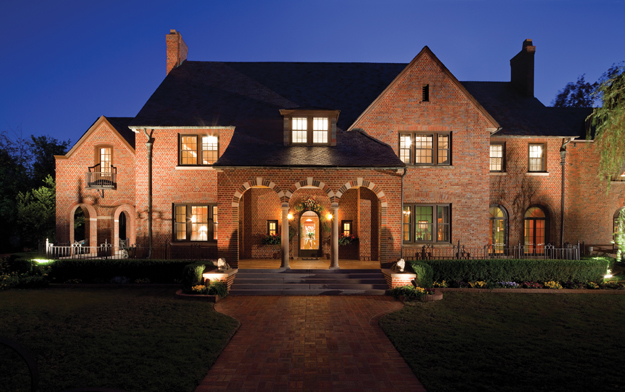 The home at 440 N.W. 15th Street in Heritage Hills has been dubbed the “Jazz Age Manor,” and when its doors open to the public as the 2012 Symphony Show House from May 5-20, Oklahomans will have the opportunity to witness the work of more than 20 of the area’s top designers.

The Heritage Hills home, at 10,000 square feet, represents the opulence and grandeur of the 1920s, but the careful, thoughtful design work has also created touches that are both historic and contemporary, blending stately elegance with bits of bohemian, industrial cool. For all that, the house on 15th Street was not originally intended to be this year’s Show House.

“It was just by luck that we found it,” says Show House co-chair Polly Worthington.

The Oklahoma City Orchestra League  (OCOL) had another home in mind for the 2012 Show House. But that deal fell through at the last minute, and the League had to scramble to find a replacement.

“Two of our members were out doing research, looking for houses of this approximate size,” says Worthington. “They were walking through Heritage Hills and the realtor, who also happened to be the owner’s son, happened to be in the yard and saw them looking around. He literally jumped the fence to talk to them.”

The deal was sealed, and the Jazz Age Manor was born. The 39th annual Symphony Show House is open May 5-20. It is a rite of spring in Oklahoma City, and the proceeds benefit the OCOL, which in turn supports the educational programs of the Oklahoma City Philharmonic. Advance tickets are available by calling 848.6787 or visiting www.symphonyshowhouse.com.

FIRE, WATER AND A MANOR'S HISTORY

This year’s Symphony Show House was truly a creation of its time. When it was constructed in 1925, it was surrounded in Heritage Hills by French-chateau and neo-classical architecture. But its Tudor Revival design exemplified the style and sophistication of the Roaring ’20s, with ornate brickwork, a sloping roof and multiple stone arches.

The home features six bedrooms, six full baths and three half-baths. The grounds include lush landscaping, a pool and spa, accompanied by a cabana and carriage house.

In the 1960s a two-story west wing was added, with a library and second master bedroom. Not long after the addition, the home was badly damaged in a fire. The home’s present owners purchased it in 1983, and Dr. and Mrs. Marvin Dale Peyton embarked on an ambitious effort to return it to its sophisticated roots. Three years later it was a featured stop on the Heritage Hills Home Tour. One month after the tour, a leaking faucet turned into a flood that soaked the interior. The Peytons went back to work, lovingly restoring the house yet again. Now, as the Jazz Age Manor, it stands ready to introduce the talent and creativity of the city’s finest designers and to support the promotion of orchestral music and arts education.

OCOL asked each of this year’s designers to include a bit of musical inspiration in the visual realm. Each room contains a nod to the world of music. “Some are easy to spot, others are more subtle,” says co-chair Polly Worthington.

Spotting the music could prove a worthwhile endeavor. Visitors will have the opportunity to find the musical references in every room, and prizes will be awarded, drawn at random from among all the correct responses.