Success on and off Camera - 405 Magazine 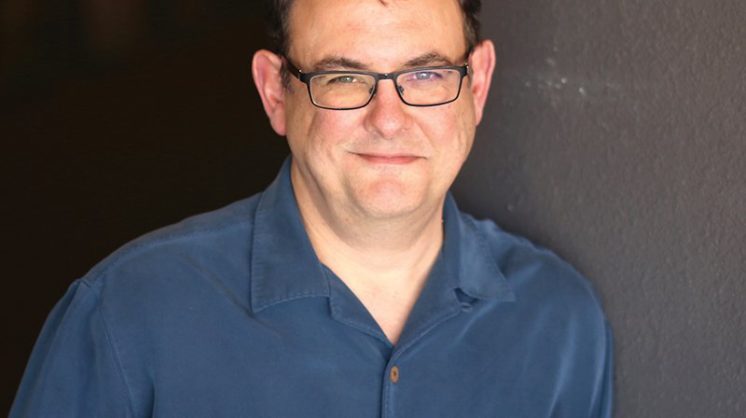 After running his own theater in Norman for a decade, Chris Freihofer spent the last 20 years working extensively in film and television. His credits include “Prison Break,” “Army Wives” and “Friday Night Lights” – but his most recognizable performance is his recurring role as Dan Wachsberger on the awards darling and cultural sensation “Breaking Bad.”

“You would have thought it [would be] more stressful, more ego. But they treated me like family from the very first day,” Freihofer says. “I was invited to a cast party the night before. Creator Vince Gilligan was very welcoming, so was Bryan Cranston, so was Aaron Paul. Everyone was so kind. People were all treated as equals, from the production assistants to the lead actor. I felt like an actual collaborator.”

Freihofer’s character on “Breaking Bad” was initially written as a single episode character … but the work he did on set in New Mexico made a big impression.

“A month later they called and asked if I was available,” recalls Freihofer. “One of the executive producers was writing and directing. He said he really liked what I had done with my character from my first episode, so he wrote me into another episode. When I went out to film that next episode, I was on set and got a call from my agent saying they had written me into the next one, as well, so I needed to stay.”

It’s the dream of any great actor: Get your foot in the door so you can show them what you’ve got. Chris Freihofer has not only accomplished it, he fulfills it for other actors as the founder and CEO of Freihofer Casting, the largest and most prolific casting agency in the southwest. He is Oklahoma’s only member of the Casting Society of America, and works to help link the best regional actors to the most interesting projects coming to Oklahoma, Texas and Louisiana.

“My goal is to have a collaborative, positive experience with the director, so they want to come back and work with us again,” Freihofer says. “There is a misconception that casting directors make all of the decisions, which is not true. Our job is to direct the casting process. We work with the director and producer to fill the roles with the best people possible.”

Finding those people is what makes a casting director get repeat business. And based on his constant stream of projects, Freihofer is finding the best talent around.

“We have a database of every person we have ever worked with,” Freihofer says. “We have an email list of 22,000 people. We have experience working on high-profile projects with Terrence Malick and William H. Macy. And most importantly, we know the local actors really well. We know who is good at what types of projects.”

One of the reasons Freihofer knows the talent pool so well is that he also trains actors – he’s the owner of The Actor Factory in Norman, which he says is “the only professional studio that offers multiple teachers leading classes for actors outside the university setting.”

The Actor Factory has had great success, training actors to get hired and rehired for commercials, film and television. Laura Spencer, who trained at The Actor Factory, currently stars on “The Big Bang Theory” and “Bones.”

“Tim Blake Nelson, who hired me for my first job in film, gave me great advice,” says Friehofer. “I was directing a play of his, ‘The Gray Zone.’ He said if you want to make it, you have to learn to do more than one thing. If that one thing isn’t paying, the others probably are.”

Chris Freihofer is an actor, a casting director and an educator. He owns two businesses in two office buildings, employs seven teachers and three casting assistants and continues to land roles on high-profile movies and television series.

It’s safe to say that Chris Freihofer is making it.