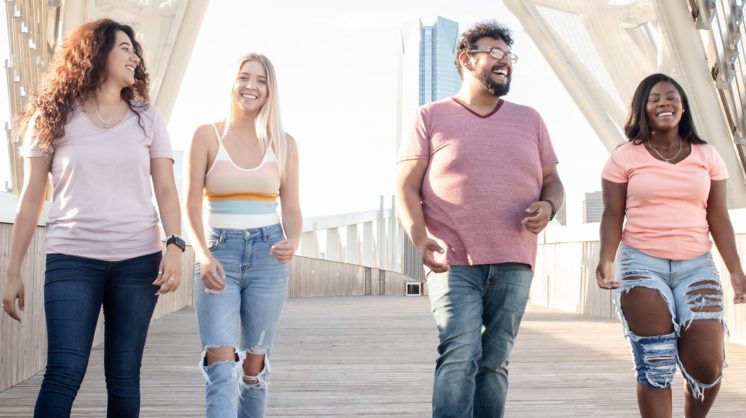 Human trafficking happens every day in the 405. Sex trafficking and labor trafficking. Adults and children. Women, girls, men, non-binary folks. Right here, by the hundreds. People are sold for sex or trapped in involuntary servitude – a sterilized phrase for modern-day slavery.

This is not a conspiracy theory; it happens every day in Oklahoma.

Despite what many believe, human trafficking in the Oklahoma City area often is homegrown, Anderson said.

Whitney Anderson is the co-founder and executive director of The Dragonfly Home – a nonprofit serving survivors of human trafficking. Anderson says the issue is daunting, but victims can recover and move on from the experience.

“The word trafficking implies movement, but in many cases, there is no movement,” she says. “ It’s a mom selling a child for sex out of their house to buy drugs or pay rent. It’s a husband selling a wife, or it’s a pimp or gang-controlled sale of a person for sex acts. If a child is being sold, that is sex trafficking. There is no such thing as a child prostitute.”

Michael Snowden – agent in charge of the Human Trafficking Division of the Oklahoma Bureau of Narcotics and Dangerous Drugs – agrees and works to debunk misinformation surrounding trafficking.

“It is not someone following you in a Walmart or Target. It has nothing to do with the number of highways in Oklahoma. We struggle with people believing these things. The truth is that it’s our girls and our boys who are being trafficked by our people. And the only reason sex trafficking exists in Oklahoma is that there is a demand for illicit sex. In Oklahoma.”

Labor trafficking – essentially, getting someone to work against their will for the benefit of another –

Since the Dragonfly Home received certification from the Oklahoma State Attorney General in November 2016, it has offered a 24-hour hotline and crisis center providing crisis intervention, referrals, non-residential services, and more; as well as necessities including food and clothing.

Occupational stress is an unspoken aspect of Dragonfly Home agents. Upon opening the Dragonfly Home, Anderson’s first case involved a family member selling a child for sex out of their home.

“I have heard things that I never imagined were possible,” Anderson says. She pauses, starts to speak, pauses again. “I’ve met so many cool and brave individuals. Survivors. They don’t want this to define them.”

Their clientele is primarily women and girls of all ages, with majority between 20 and 25-years-old; however, many in their 40s, 50s, and 60s escaped their abuse, but continue to deal with lingering effects of trauma. Their abuse often took place before terms like “sex trafficking” entered the common vernacular.

Since launching, Dragonfly Home has received more than 4,500 hotline calls, and continues helping callers find shelter, safety and other services, such as legal representation or medical care. The group has directly housed or assisted more than 400 people.

As an onsite partner agency at Oklahoma City’s Palomar Family Justice Center, the nonprofit is expanding services and outreach through partnerships and grants.

“We are so thankful that things have fallen into place,” Anderson says. “We receive confirmation every day that we made the right decision.”