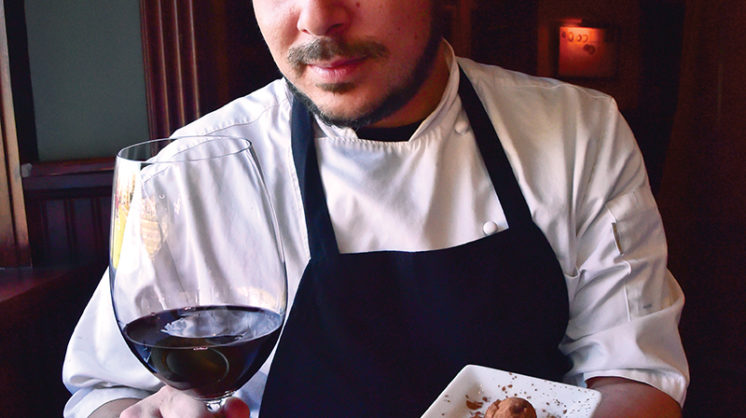 When the renovations at The Coach House are complete, David Henry will take over as executive chef of the as-yet-unnamed concept. Similar to many chefs in Oklahoma City, Henry is a graduate of Kurt Fleischfresser’s apprenticeship program, but he began his culinary training with Alain Buthion at La Baguette in 2001, where he worked as a line cook. It was during that period he first encountered chocolate used for a purpose other than dessert or a sweet snack.

“Alain used it in Beef Bourgogne,” Henry says. “A tablespoon or two of bittersweet chocolate really cuts the acidity from the wine, and it rounds out the flavors. I still use it in my own recipe.”

Definitions are hard to nail down when it comes to chocolate – “white chocolate is not chocolate” is an exception – but bittersweet chocolate, also known as baking chocolate, tends to be between 70 and 99 percent cocoa. For savory cooking, the higher the better. 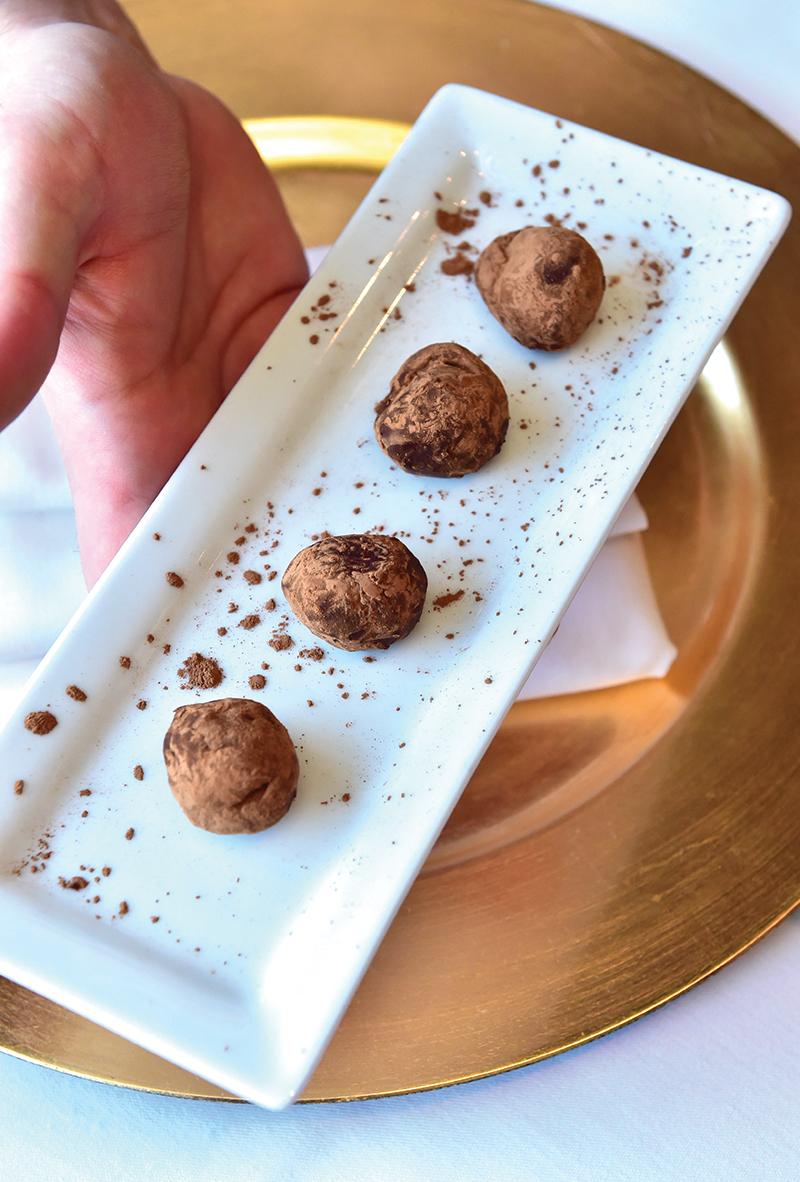 Henry recommends cocoa powder in several instances, including a delicious crust for steak.

“I mix coffee beans and cocoa powder in a standard coffee grinder and pulse the mixture until it’s pretty coarse,” he says. “Once it’s at the right consistency, I rub it into the beef until the coffee and cocoa adhere to the meat.”

On the sweeter side of the spectrum, Henry offers this recipe for a very simple chocolate-peanut butter truffle. The name comes from the finished product’s visual similarity to those buried fungi that used to be hunted by pigs.

• going too dark, but it’s a matter of taste and tolerance for

• sweetness, as the majority of the truffle’s sugar will come from the chocolate. Also, milk chocolate will not set properly. 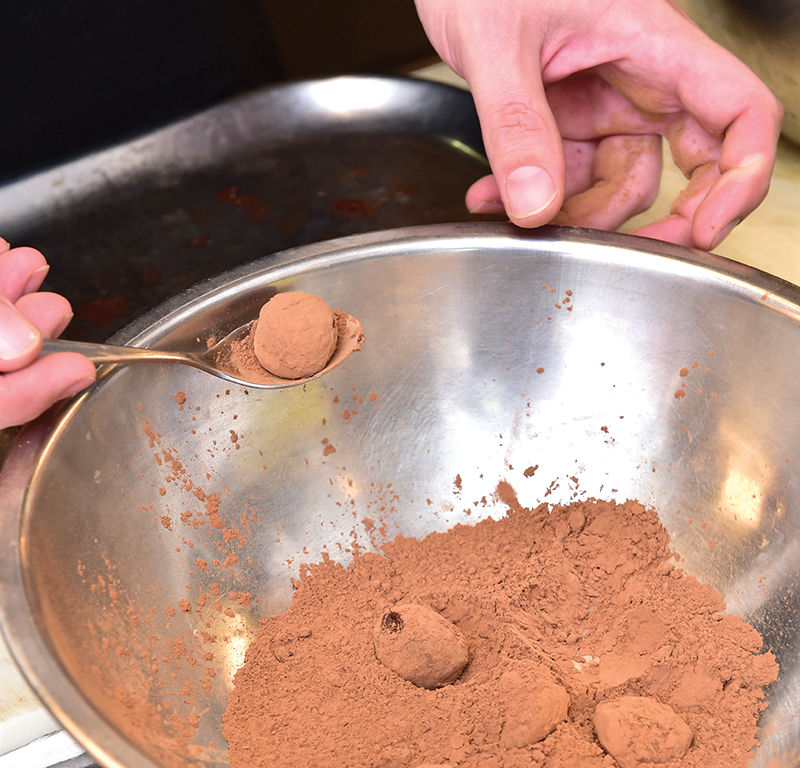 ► Put the dark chocolate in a small mixing bowl.

• Heat the cream, butter and peanut butter to a boil in a saucepan. Pour the mixture over the dark chocolate and mix with a spatula to a smooth, even consistency.

• Refrigerate until firm. After the mixture sets up, use spoon or small scoop to form balls, and shape with hands.
Roll the balls in the cocoa powder to achieve a fine dusting.