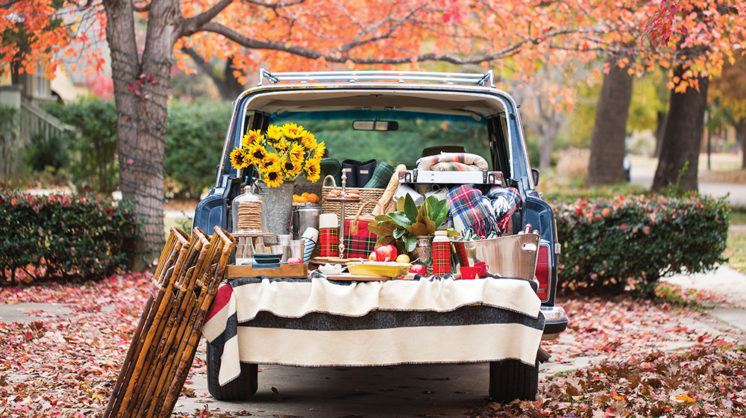 Every home-game Saturday during football season, Clay and Marnie Taylor can be found hosting a tailgate at Oklahoma State University’s Boone Pickens Stadium. For decades, Marnie, who is CEO for the Oklahoma Center for Nonprofits, and her husband Clay, who runs a boutique lobbying firm, have entertained a wide spectrum of people.

“We have been tailgating in the same spot, in the south parking lot, for 20 years,” says Marnie. “We normally have 300 people.”

The Taylors prepare and cook all the food themselves with the help of their grown children and granddaughter. Clayton, their son Clay and his wife Becky are all graduates of OSU. Even though Marnie graduated from Notre Dame and is loyal to that school, she bleeds orange, too.

Their keys to a great tailgate are a fun atmosphere, plenty of cold drinks and food. The grill is filled with sausages, sliders, chicken wings and fajitas. The favorite finger food is bacon-wrapped jalapeno poppers, and gumbo and chili with cornbread are available in the colder months. “The main thing,” Taylor says, “is to all be together before the game.”

The Taylors create a festive and inviting atmosphere by having a themed tailgate, using the opposing team’s mascot for inspiration. For instance, if the Cowboys are playing Colorado, they will have so-called Buffalo burgers. “Our favorite tailgate is when OU comes to town,” she explains. “We have a Bedlam theme.”

The Oil Tree (7602 N May) is a gourmet grocery with a broad mixture of foods, including olive oils, pastas and tapenades that are ideal for tailgating. For a tasty treat, co-owner Maggie Peterson recommends dipping slices from a fresh loaf of bread into a mixture of fresh extra virgin oil and sea salt.

“There are two olive oil harvests per year,” explains Peterson. “We are in our Northern Hemisphere harvest now.”

The most popular oil and vinegar combination at Peterson’s store is the Tuscan herb olive oil mixed with the traditional style balsamic vinegar. The Oil Tree has a variety of chip flavors and all sorts of salsas, as well as toasts and tapenades. 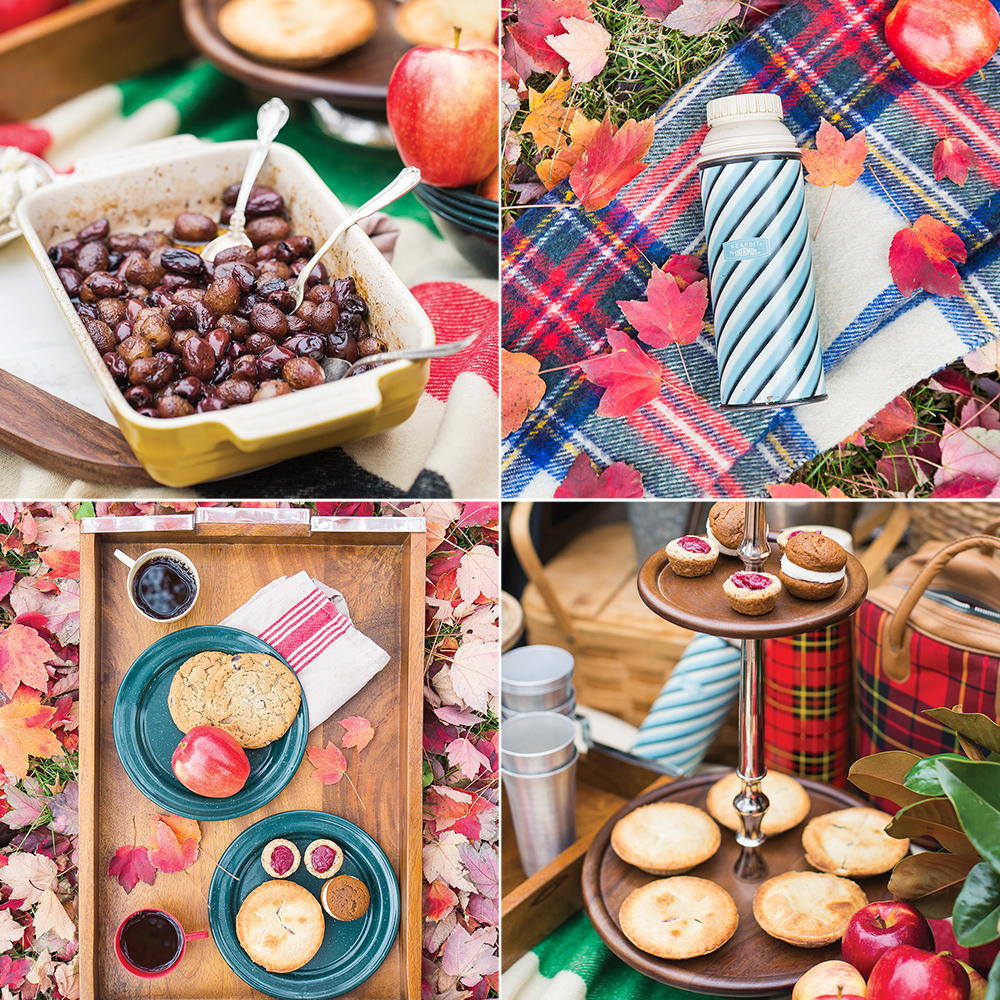 Maggie, who is a native Okie, and her husband Rane, from New Hampshire, opened The Oil Tree five years ago in December. The couple lived for a time in New England, and decided to bring some of its abundant specialty foods to Oklahoma. They team with small-batch producers such as American Spoon and Maine Sea Salt in order to offer top-notch quality products, and the couple is also active in bringing truth to labeling in olive oils.

“We try to focus on small-batch producers,” says Peterson. “It is truly about quality. Quality and truth in labeling.”

For tailgate grilling, The Oil Tree has marinades and dry glazes, or smoked olive oil can be added to meats and veggies for grilled flavor without the grill. Peterson suggests pairing the olive oil with Neapolitan herb balsamic vinegar. For dessert, customers love the American Spoon party cups, which are filled with lemon curd. Empty party cups can be filled with fruit spreads, which have no seeds or clumps.

“They are ready-to-eat,” says Peterson. “It is a quick and easy dessert for tailgating.”

The Oil Tree is expanding to Wilshire Village, 7646 N Western, with a target opening date of Nov. 1. The new area will include products and space for classes and cooking demonstrations by experts such as Jonna Nowakowski of Jonna’s Sweet and Savory. Jonna, who demonstrates pies and cakes for Williams Sonoma, makes all her items, such as pastries and cakes, from scratch. “I use high-quality ingredients,” she promises, “all fresh and organic.”

Yet another way to host a tailgate is to have everything, from food to big screens, delivered – set up and ready to entertain. The Tailgate Guys, a Georgia-based company that’s been successful at other colleges, is making its debut at OU this football season. When talking food, the plan should be to have variety. “It’s always good to have options,” says Tailgate Guys VP Will McClain. “We like to keep it local and go with a variety of barbecue, Mexican, deli sandwiches and chicken.”

The company offers premium amenities such as TVs, shade, fans and bellhop service. In Norman, its tailgate location is on the lawn near Heisman Park and in front of the Bud Wilkinson Center, at the corner of Jenkins and Lindsey. McClain asserted that there is plenty of room for throwing a football or playing a game of cornhole. “Our guests enjoy one of the most premier tailgating spots on campus,” he says. “You can throw a rock to the stadium left-handed.”

The Dawn of Tailgating

In 1869, Princeton faced Rutgers in the first intercollegiate football game – and tailgating took place beforehand. At that time, there were no cars or parking lots. Fans gathered for their pregame festivities at the “tail end” of their horses.

Want a quick out-the-door, tasty and upscale tailgate feast? Maggie Peterson of The Oil Tree recommended the following for any event – and the items are available, minus the alcohol and soda water, at The Oil Tree.

Pop into a basket:

Pregame picnic or post-victory celebration, there’s nothing like a tailgate for building a joyful sense of football-based camaraderie – but don’t be the one to bring the party down by showing up empty-handed. Aside from the standard burgers, brats and beverages, here’s some gear you’ll be glad to have handy. 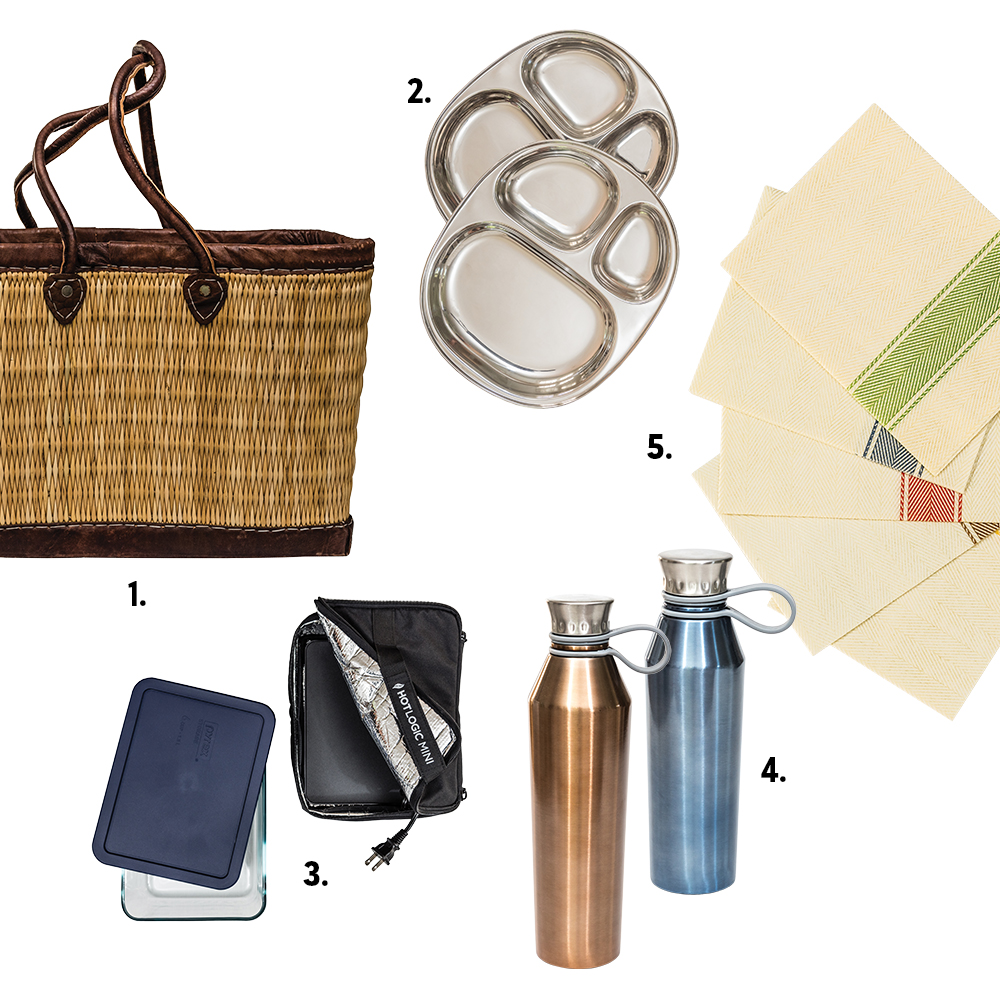 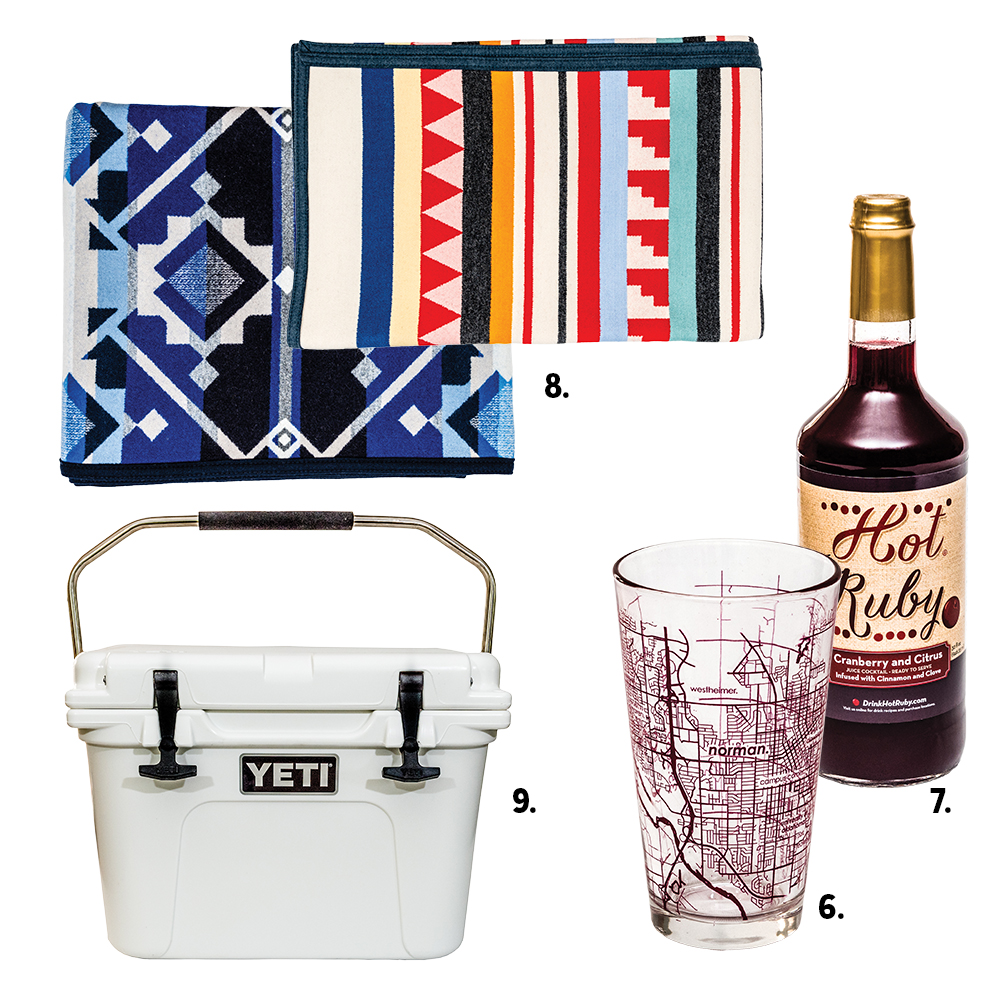