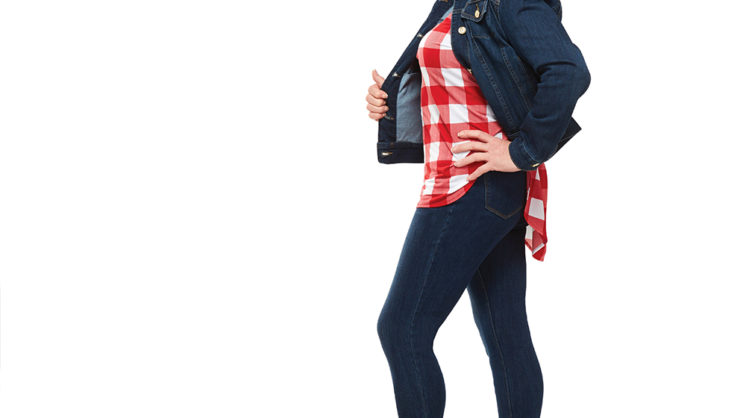 It was 1974 when Rolling Stone magazine ran a cover story on a 15-year-old singer named Tanya Tucker, with a headline that said, “You’re Gonna Hear From Me.” The publication wasn’t wrong: More than 40 years later, Tucker is still out there kicking it.

She makes her way back to Oklahoma for a show on Sept. 9 at Hinton’s Sugar Creek Casino, bringing with her a roster of hits that have made her a staple of radio airplay.

“Oh, I just love Okies,” Tucker says in an interview from her Nashville home. “Oklahoma is such a beautiful state – and the people are just the best. I’ve played there so many times, and I always leave feeling so blessed and thankful, because we have the best fans there.”

Tucker prides herself on being “half Okie,” she said. Her father was from Coalgate and her mother from a small town in Texas.

“I always say, ‘What do you get when you cross an Okie with a Texan?’ Me!” she says with a laugh. “When I come back to Oklahoma, it also reminds me of my dear friend Merle Haggard, and his song ‘Okie from Muskogee.’ I loved him dearly.”

Tucker has been in the music business almost since the day she could walk. Legendary singer Mel Tillis discovered her and was so impressed that he brought her on stage with him. A few years later, at age 13, she signed her first deal with CBS Records, and her version of “Delta Dawn” put her at the top of the charts.

Through the years, she has racked up an impressive string of No. 1 hits and Grammy nominations, and even landed the coveted “Female Vocalist of the Year” award from the Country Music Association in 1991.

Today, Tucker is enjoying a career resurgence and still performs for sell-out crowds.

“We’ve been on the road a lot this summer and seeing all the folks out there,” she says. “Most days are spent on the bus heading to our next gig. When we’re not playing shows, we’re here in Nashville working. I love starting my day with a big ol’ cup of coffee with my dogs, and then I start calls and meeting with my team.”

A few years ago, Tucker took a break from touring following the death of her parents. Her song “Two Sparrows in a Hurricane” deals with an aging couple, and she said there are still some nights she has trouble performing it.

“I’m out there in the spotlight, but I’m just like so many other 50-somethings, dealing with this ‘circle of life’ thing,” she says. “You just have to be there for your parents and enjoy every moment. I knew ‘Sparrows’ was going to touch so many lives … and it sure did. I still perform it in every show.”

Tucker’s children are a big part of her life, and her oldest daughter Presley has a band of her own. Son Grayson travels with his mom as part of her road crew, and youngest daughter Layla occasionally joins Tucker on stage as a backup singer.

It has been nearly a decade since Tucker released an album of new material, 2009’s “My Turn,” but she has a new project in the works.

“I’m going to break a record making a record,” she laughs. “I’m telling you, we’ve got a great album lined up, but we don’t want to just give it away to anybody. It’s a really special collection of songs, so we’re looking at different deals to make sure we get it to all the fans.”

As she prepares to climb onto the bus heading down I-40 toward Oklahoma, Tucker said she always remembers the fans who have kept her going.

“I’m so thankful for fans like y’all in Oklahoma, who’ve stuck with me for so many years,” she says. “I now have grandparents bringing their grandkids to the shows. That’s just so neat and I’m so thankful for that. Fans are the reason I have my career; they’re the reason I could raise my kids and take care of my parents when they got older. If it wasn’t for y’all coming out to the shows and buying my music, I don’t know where I’d be. I can’t wait to see everyone in Oklahoma!”