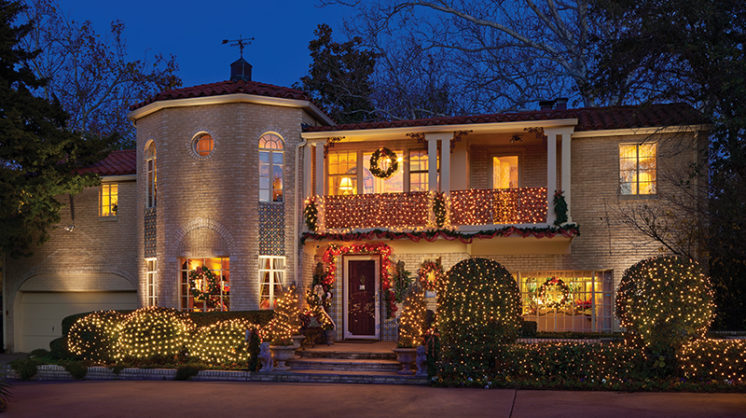 For 22 years, Marnie and Clayton Taylor have made their home on a beautiful acre of land in the middle of one of Oklahoma City’s coveted historic districts, Edgemere Park. This power couple has more energy between them than seems possible – both enjoy high-power careers (Marnie is executive director for Oklahoma Center for Nonprofits; Clayton runs a lobbying group), and the pair opens their home several times a month for family, friends and causes dear to their hearts.

“We used to think that if you lived in one place for too long, it would be like torture,” Marnie says. “We had always loved finding a new house, but it was like we were dating all of those other houses and we married this one.”

In fact, she and Clayton lived in 16 places in 14 years, with stints in such polar opposite locales as Denver and Aruba, not to mention Houston and Chicago, where they met.

“We were set up on a blind date by some people we didn’t know that well, and didn’t like that much,” Clayton says, laughing, “but nobody else could have set us up. They were the common denominator. We went to see A Chorus Line.”

• Elegantly festive white lighting covers the balcony and evergreen shrubs in front. One could easily imagine the home as the center of a snowglobe, just waiting for a shake to yield a flurry of flakes. 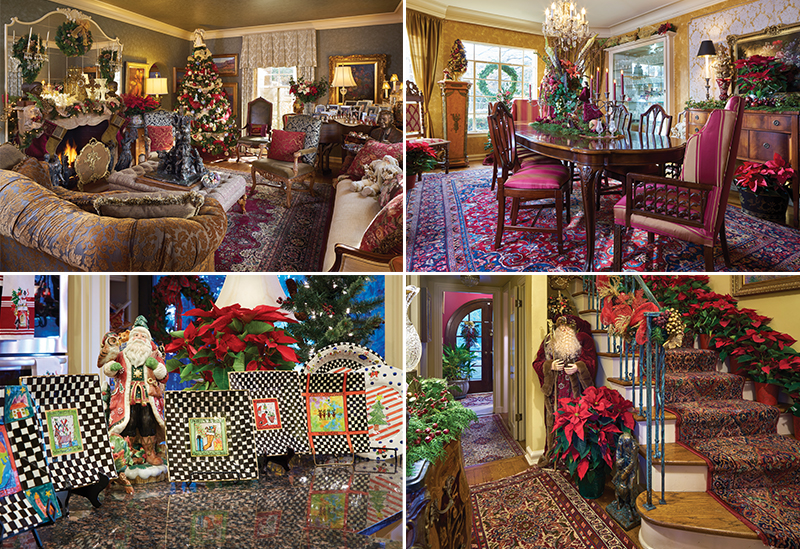 • The living room’s regular inhabitants include a magnificent fireplace screen from the Hightower Mansion in Heritage Hills, a number of paintings from the Dolese Mansion in Crown Heights, plenty of significant Western art and a stunning Leonard McMurray sculpture, “Christ’s Descension,” in the center of the room. During the holidays, the room gains a fine festooning of wreaths, trees, garlands, stockings and beautiful bric-a-brac.

• Legendary Oklahoma City interior designer John Chadwick created the Taylor home’s classic color palette 22 years ago, and it’s as inviting today as it was then. On the north wall of the room, a window has been converted into a display case for the couple’s significant collection of glassware. Topping the table is more of Beverly’s Christmas magic, in the form of a resplendent centerpiece flanked by antique silver candelabras.

• A nearly life-sized Pere Noel greets all who set foot in the foyer at the Taylor home. Each year, the family staircase is lined with bright red poinsettias, which Marnie orders from the nonprofit Oklahoma County Bar Association Auxiliary.

• “I have collected Christmas plates by Suzi Swinford for more than 20 years,” Marnie says. Swinford is a beloved local ceramic artist whose work can be found in hundreds of OKC homes. Once three smaller rooms, the Taylors’ expanded kitchen is now more than large enough to accommodate their collection of Christmas dishes, coffee cups, tea towels and even a few wreaths.

It was love at first sight. The Taylors dated for about a year and a half. They met in September 1979, married in July 1981 and spent the first year and a half in Chicago, before heading to Oklahoma when Clayton’s work with Phillips Petroleum brought them here.

“Our first house was on 38th in Crown Heights, across from the park,” Marnie recalls. “It had two magnolias in the front, and we knew it was the house for us when we walked through it – there was a diploma on the wall from Notre Dame, my alma mater.” Marnie also grew up in South Bend, Indiana; her father, an engineer, entrepreneur and sculptor, also went to Notre Dame, and once was honored at a football game for being the oldest alum in the stadium at 95. Suffice it to say, that diploma sealed the deal.

Five years in Crown Heights were followed by a move to Denver, back to Oklahoma City, then off to Aruba for a stint when Clayton was working for Coastal Corporation, then, finally back to Oklahoma, where the family embraces the holidays in a big way. 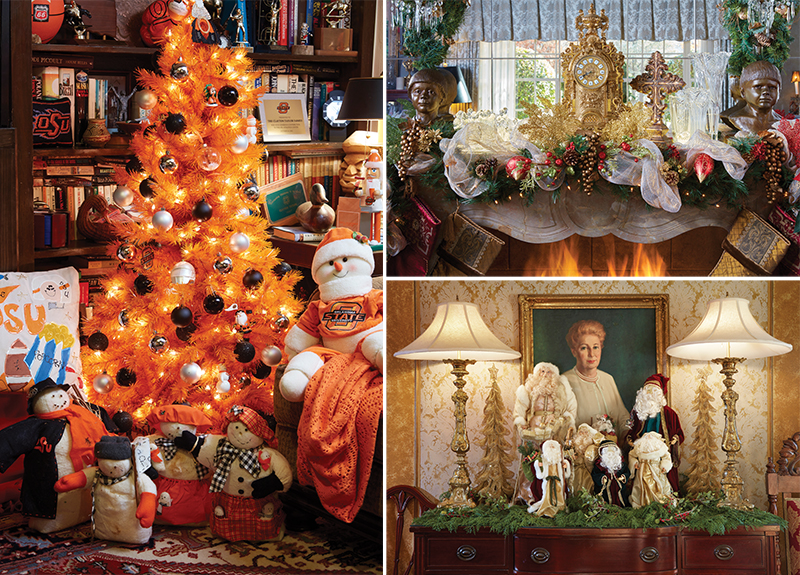 • Elegantly festive white lighting covers the balcony and evergreen shrubs in front. One could easily imagine the home as the center of a snowglobe, just waiting for a shake to yield a flurry of flakes.

• Busts of the Taylors’ two sons anchor the ornate mantel. The sculptures are the work of Marnie’s father, Jack Brehmer, who took up sculpting later in life.

• A portrait of Marnie’s namesake, Marian, painted by her brother-in-law, gives marching orders to a small army of Fathers Christmas from the dining room. She looks a bit bemused by the company she’s found herself in. Marnie estimates there are 60 Santas throughout the home.

“It takes us about a full week, plus a little more, to get Christmas done. It’s all up by Thanksgiving, and we leave it up for 60 days,” Marnie says.

The boss of Christmas at their house is the one and only Beverly, a Jamaican woman whom the couple met in Aruba, and who came to Oklahoma with them when they left. She oversees the placement of 30-plus poinsettias each year, the Christmas china, coffee cups, Santa sculptures, ornaments, floral arrangements, candles and bounty of bric-a-brac that occupy, decorate and festivate every spare spot and surface in the stately home. Happy holidays indeed.