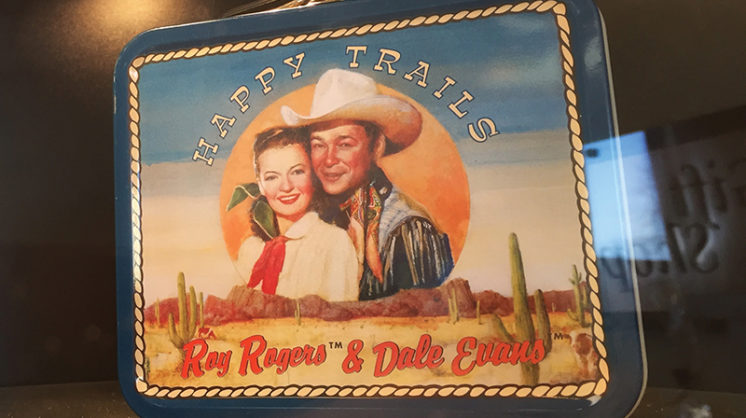 The spark for the song flared not from a plains campfire or a dusty cattle drive, but from the pen of a thrice-divorced singer at home with her newborn daughter at 6423 Ivarene Avenue, where the road curves to meet the top of Vine Street in the Hollywood Hills.

The singer was born in Texas as Frances Octavia Smith on Halloween of 1912. She eloped at 15, gave birth to a son at 16 and was divorced at 17. She held day jobs in offices and sang at night when she could, supporting her son as a single mom.

Hundreds of singing gigs, two more weddings and two divorces later, she found herself on New Year’s Eve 1947 marrying her fourth husband. It was during an Oklahoma sleet storm on the Flying L Ranch in the foothills of the Arbuckle Mountains in front of an open fireplace banked with mistletoe.

Her groom, born 36 years earlier in Cincinnati as Leonard Franklin Slye, was the only son in a family of four children. He quit high school after his sophomore year to work beside his father in a shoe factory. He would soon move west and try his hand at singing, using the name Dick Weston before discarding it for another.

It seemed as if the fates were conspiring against the wedding. The snow and sleet were so heavy that the Rev. Bill Alexander arrived two hours late, finally making his way to the door on horseback. As the ceremony was to begin, the groom and best man had to head back to an upstairs bedroom to extinguish a fire that had started in a trashcan and had spread to the curtains. The minister, wearing the black cutaway coat and cowboy boots of a pioneer parson, read the vows and declared their partnership official.

And so began the 51-year marriage of Western movie stars Roy Rogers and Dale Evans.

The couple’s reign as “King of the Cowboys” and “Queen of the West” was immortalized in songs, television broadcasts and 28 movies, marked by bedazzled Western wear, tuneful harmonies and upbeat, color-saturated endings. 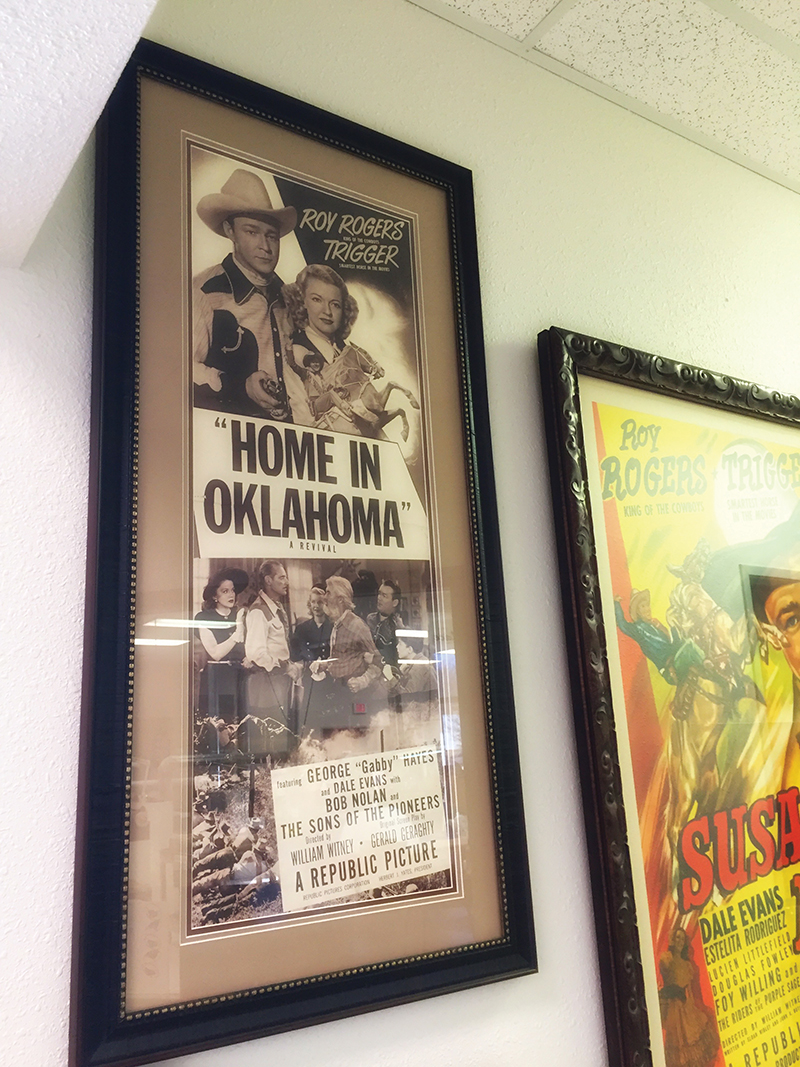 But their sunny dispositions belied lives that had seen hard times.

Roy brought three children from his 10-year marriage to his second wife, a fan named Arline Wilkins who introduced herself (after his divorce from his first wife) by appearing at a radio station with her mother and a lemon pie after she heard Roy say he was homesick for his mother’s cooking. After adopting one girl with Roy and giving birth to another, Arline died of an embolism in November 1946, six days after delivering Roy Rogers Jr. In the months to come, the inconsolable widower continued to tour and reconnected with his former co-star and friend, Dale Evans.

With her Oklahoma wedding, Dale became stepmother to three. Two years into their marriage, she unexpectedly became pregnant and, on August 26, 1950, gave birth to their only child together: Robin Elizabeth.

Within a few days of her birth, doctors realized something was amiss. Robin was diagnosed with a serious heart defect and Down syndrome. Some advised the couple to keep her circumstances quiet and admit her into an institution.

In the days after Robin’s birth, during a three-hour stretch one afternoon, Dale wrote the couple’s new theme song:

Some trails are happy ones,
Others are blue.
It’s the way you ride the trail that counts,
Here’s a happy one for you.

Happy trails to you, ‘til we meet again.

Roy began performing the song during his radio broadcast, and they closed each episode of their television show with the song from 1951-57.  It is listed among the Top 25 Western Songs in history by the Western Writers of America, just above “Rawhide” and “The Yellow Rose of Texas.” 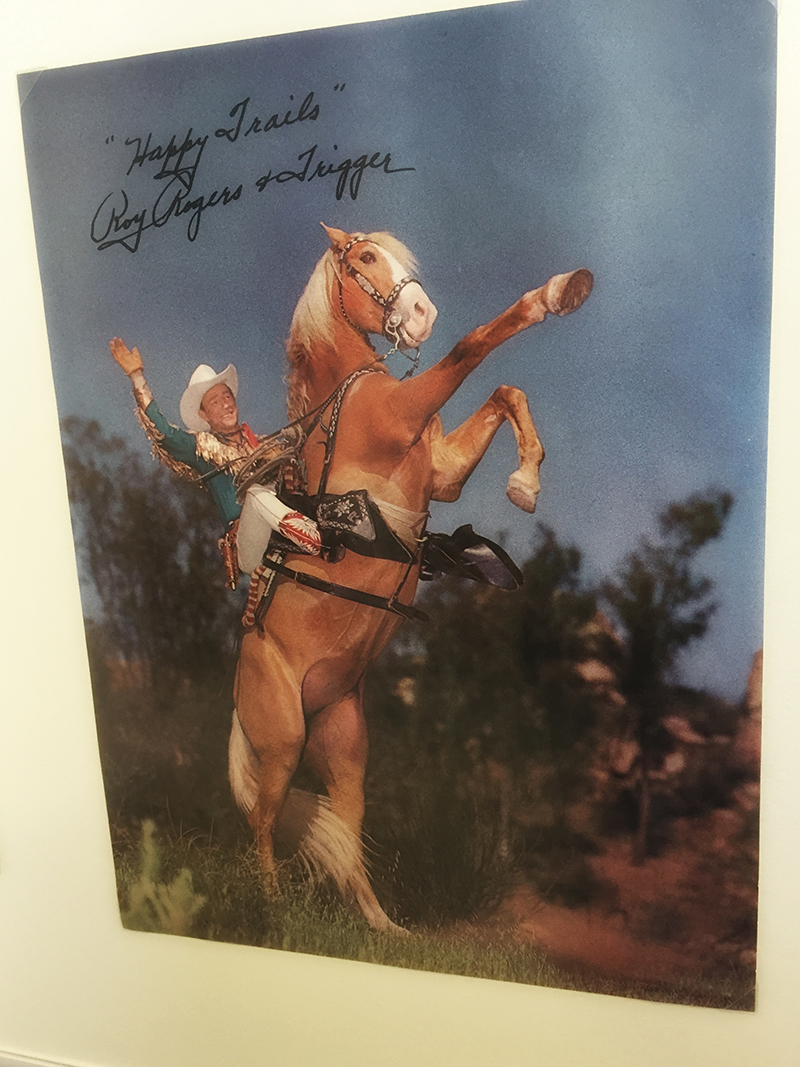 Robin was cared for at home until her death from complications from mumps. She was buried on what would have been her second birthday. Her life inspired her mother to write the book Angel Unaware: A Touching Story of Love and Loss, told from Robin’s point of view. The title was inspired by advice from the Book of Hebrews’ Chapter 13, Verse 2: “Be not forgetful to entertain strangers: for thereby some have entertained angels unawares.”

The book, like their trademark song, embraced the idea that cowboys had to ride on no matter the weather, even – or maybe especially – if the trails weren’t easy riding.

Angel Unaware was the first bestseller about living with and loving a child with Down syndrome. The book has sold more than a million copies over the past 60 years, and helped change public perception and ease the stigma associated with disabilities.

In 1953, the newly formed nonprofit Oklahoma County Council for Mentally Retarded Children – which focuses on vocational training and employment for the disabled – named itself the Dale Rogers Training Institute in her honor. Dale and Roy visited in 1976, when they were in Oklahoma City for their induction into the Hall of Great Western Performers at the National Cowboy and Western Heritage Museum.

Today, the center is the state’s largest community vocational training employment center for those with disabilities. Its OKC headquarters is home to Robin’s Corner Museum and the Roy & Dale Rogers Memorabilia Collection, including mementos from the life of Robin Elizabeth Rogers donated by the family: Robin’s original birth certificate, layette blanket and toy piano.

Among the images on display: posters from the movie filmed on the Flying L Ranch, a Happy Trails lunchbox and Robin’s silver baby cup, engraved with her initials. A plaque dedicated at the center’s golden anniversary in 2003 reads “In grateful memory of Roy and Dale Evans Rogers and their daughter Robin for providing a foundation of love and hope for people with disabilities.”

Nearby is a portrait of Roy Rogers and Dale Evans on their Oklahoma wedding day, beginning their journey together in front of the mistletoe-bedecked fireplace near the Washita River.

► How Roy Rogers Got His Name

While visiting in a hat store in Glendale, California, in October 1937, Len Slye overheard that Republic Pictures – home studio of movie idol Gene Autry, who was threatening not to show up for his next film – were looking for another singing cowboy. He reported the next day with his guitar, but could not get an appointment. He ended up sneaking in when the extras returned from lunch and was recognized by a producer who knew his group, The Sons of the Pioneers.

Slye was granted an audition and won the job, signing a seven-year contract with the studio. Although his singing impressed, his name did not. The Republic publicity team came up with the name Rogers in tribute to Will Rogers, who had died two years earlier, and added Roy from le roi, French for “the king.”

When Autry – who grew up in Oklahoma west of Tishomingo and, the story goes, was discovered when Will Rogers himself filed his syndicated column from the telegraph office in Chelsea where the teenaged Autry worked – did not report on time for the start of filming of the 1938 movie Under Western Stars, Len Slye stepped into his first of nearly 100 leading roles as Roy Rogers, King of the Cowboys. 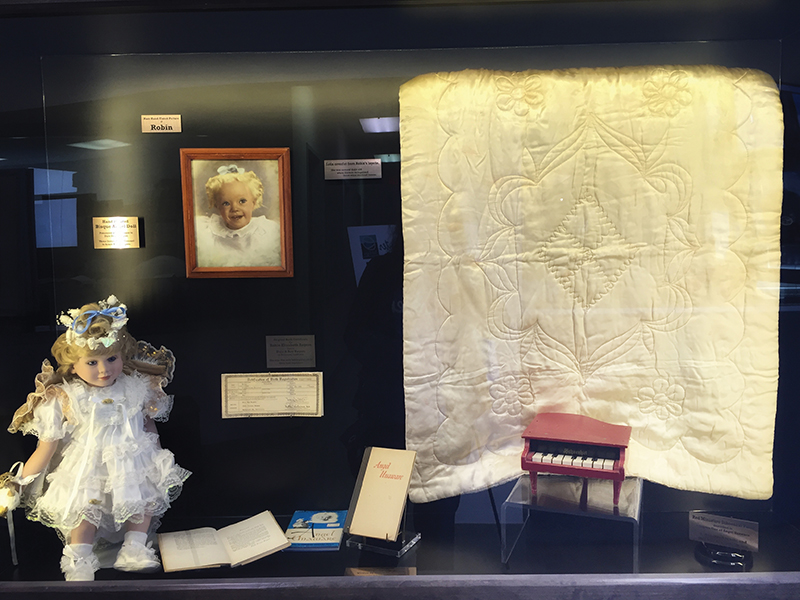 In the wake of Robin’s death, Roy Rogers and Dale Evans continued to visit hospitals and orphanages while on tour.

They adopted three more children, and fostered another: Harry John David Hardy Rogers (a.k.a. Sandy), a malnourished 6-year-old from Kentucky; Mary Little Doe Rogers, of Choctaw heritage, from Hope Cottage in Dallas; Debbie Lee Rogers, a 4-year-old South Korean girl whose father was a Puerto Rican GI; and Marion Fleming Swift, who had lived in a Scottish orphanage for nine years.

Their trail held more tragedy for their blended family of nine children. Twelve-year-old Debbie died in a bus crash during a 1964 mission trip to Mexico. The next year, Sandy choked to death at the age of 19 while serving in West Germany with the U.S. Army.

Dale wrote books about the loss of both – Dearest Debbie and Salute to Sandy – and, as with Angel Unaware and the other 25 books she authored, donated royalties to charity.