The Bare Bones of Success 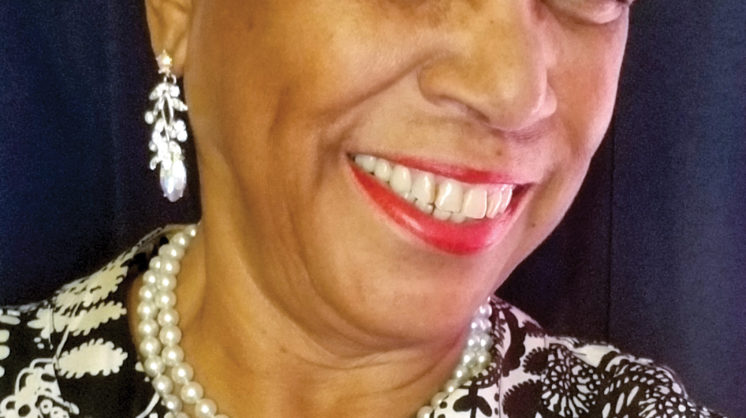 The Bare Bones Film Festival is celebrating its 20th anniversary this month in Muskogee. It’s Oklahoma’s longest-running film festival, with a national reputation as one of the friendliest. Its ongoing success, and its outsize influence on low-budget filmmakers, can be attributed to one key ingredient: Co-founder and Executive Director Sharon Butterfly Ray.

Ray was born in Little Rock, Arkansas, and grew up out in the country amid plantations filled with sharecroppers. In 1959, she moved with her mother to Compton, California – which was as country as Arkansas at the time – since the freeway did not extend that far out from Los Angeles. But Ray spent her childhood summers, as well as her high school years, living with family in Muskogee.

Ray excelled, academically and otherwise, at Manual Training High School, the segregated school for African Americans, who were not allowed to attend Muskogee High School at the time. She was headed to Northeastern University in Tahlequah on a scholarship when she found out that her mother was sick, so she moved back to California.

“I started working in the schools and teaching as soon as I got to California to pay my way through college,” Ray says. “I put myself through Compton Community College, Long Beach State, Cal State University and ultimately Pepperdine for my master’s, all while raising three kids. My degree was in early childhood development, because that matched my job and my life. Ultimately, I ran seven childhood development centers across Los Angeles.”

In 1980, Sharon Ray knew it was time to try something new. She dove into sales, selling insurance, real estate and anything that offered training. But the more she trained, the more she realized that she should be the trainer. She began leading training classes, which led to speaking gigs, which led to motivational albums and video tapes, which led to a rebranding as Sharon Butterfly Ray. The majorette from Muskogee was now running a motivational speaking agency.

“When I first came back to Muskogee, I opened a speaking agency,” Ray says. “Then I met the love of my life, Oscar Ray. He was a screenwriter and filmmaker. He was the one that opened my eyes to the world of film.

"There will never be enough time, money or people. Get it done anyway. Sometimes it is up to you to create something amazing. Make it happen."
Sharon Butterfly Ray

“Soon after we met, the movie Tuskegee Airmen came to Oklahoma looking for extras,” Ray continues. “Both Oscar and I were hired to work on set. That one experience changed our whole life direction. We knew we could make those stories in Oklahoma; he was a storyteller, and I could sell anything. We gathered all the books we could find on filmmaking, and we started making films. We learned along the way. If we needed actors, we trained the people in town to be actors – same with crew members. Everything we learned, we turned around and taught the people around us.”

With some hard-won expertise under their belts, “We started the film festival in 1999 to show people that Oklahomans were making movies, and to attract out-of-town filmmakers so we could learn from them,” Ray says. “We called it ‘Bare Bones’ because we wanted to shine a light on low-budget filmmakers who were doing everything themselves outside the system.”

Twenty years later, the formula has proven to be a massive success. Filmmakers from across Oklahoma and around the world descend on Muskogee every April to share their work and celebrate the art of independent filmmaking.

“We approach running Bare Bones just like we approach our filmmaking: by any means necessary,” Ray says. “There will never be enough time, money or people. Get it done anyway. Sometimes it is up to you to create something amazing. Make it happen.”