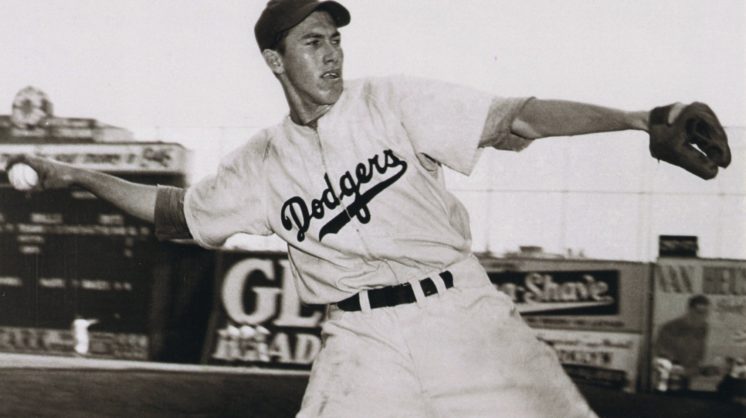 Oklahoma has lent more than its share of talent to major league baseball over the years: Mickey Mantle, Johnny Bench, Bobby Murcer, and the list goes on.

Born in a barn near Anadarko in 1925, McLish rose to become a pitcher in both the American and National Leagues, and then an MLB pitching coach, in a career that spanned 40 years capped by another 20 some years as a scout.

McLish set a few records during his career – not the least of which was his unusually long name, one of the longest in MLB history – but it was his attitude and authenticity that were legendary.

“My father named me Calvin Coolidge Julius Caesar Tuskahoma – a president, a Roman emperor, and an Indian chief,” he told Larry Moffi in an oral interview for the book This Side of Cooperstown. “My mother told me that he didn’t get to name any of the other kids. He tried to catch up on me, but I think he was in the firewater.”

Early on, it seemed there was no other path for McLish. When his family moved to Oklahoma City in 1933, he was drawn to the night games at Holland Field at NW 4th St. and Pennsylvania Ave., home to Oklahoma City’s only professional baseball team.

“That spring – 1934, I was 7 years old – after we moved to the city, the first time I saw the lights on, I didn’t know what was there,” he told Moffi. “The whole sky was lit up … But from that day on, I was over there, looking through the knotholes, trying to sneak in.”

In 1943, while he was playing baseball at Central High School, something curious began to happen. Scouts were appearing from big-league teams – St. Louis Cardinals, Chicago Cubs, Pittsburgh Pirates – but McLish and his teammates, Leroy Jarvis and Bobby Morgan, eventually signed with the Brooklyn Dodgers.

After a year with the Dodgers, he was drafted and served as infantryman with the U.S. Army’s 3rd Division, where he strained his pitching shoulder by carrying a heavy bazooka. The injury would follow him for the rest of his life, said longtime friend Mike de la Garza of Edmond.

McLish set a major league record with 16 consecutive road wins during the 1958-59 seasons. The record stood for 36 years until Greg Maddux surpassed it during the 1994-95 seasons. 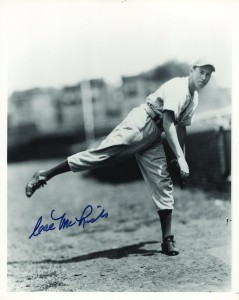 “His greatest accomplishment as a pitcher … was lasting 15 seasons in the majors,” says Justin Lenhart, curator at the Oklahoma Sports Hall of Fame. “He was always in the lineup. He was consistent. In baseball … he was known for that. From 1944 to the mid-1960s, he was there with the exception of 1945. It was a solid career.”

As a pitching coach, he coached two Cy Young Award winners and a league MVP, and he coached the Milwaukee Brewers in the World Series before retiring in the mid-1980s.

“Had to be smart. Had to be, because my stuff wasn’t that good,” he told Moffi in a summation of his pitching career.

But there was something else that endeared him to others – a kind of “why not?” attitude.

“Cal did things that people wouldn’t think about doing,” de la Garza says. “When he was a kid … he rode his bicycle backwards on the handlebars all the way around Grand Boulevard. He had a great imagination. He liked everyone and everyone liked him. Still, he was one-of-a-kind.”

McLish died in 2010 after a long battle with leukemia, one year after being inducted into the Oklahoma Sports Hall of Fame.

“He battled illness like a lot of people, but you never would have known it,” Lenhart said. “He never complained. In baseball, that really endears someone to the players and teammates.”