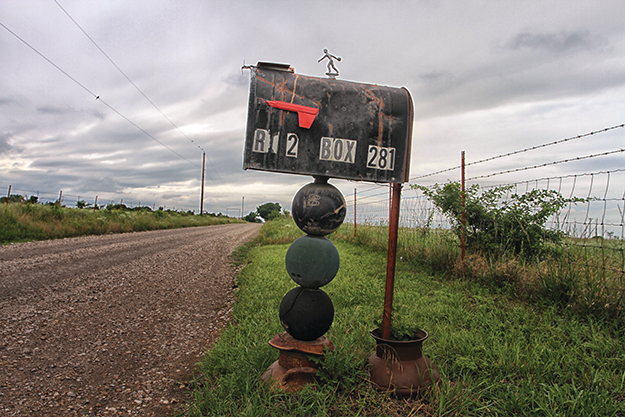 Unlike Most Of His Neighbors, Chris Barbee’s Mailbox Is Topped By A Trophy And Balanced On Three Bowling Balls.

The balls are skewered on metal posts, strung like pearls, piled in a pyramid. They have been painted as ladybugs and caterpillars and spiders, nestled in the long grass. Fashioned into a robot.
A rosary. The alphabet. 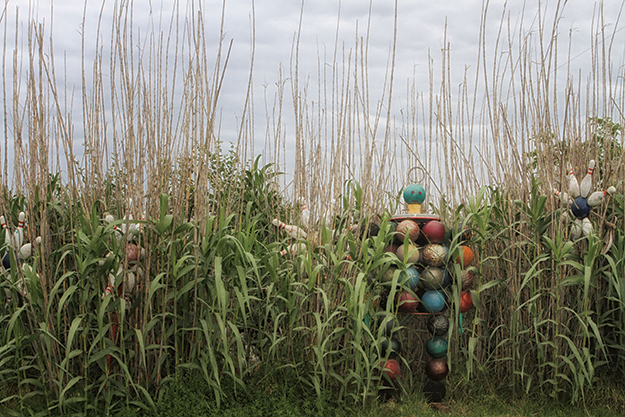 He began eight years ago, after pondering what to do with the old bowling balls his second wife, Carol, had used as decorations among her roses. After she died of cancer in 1997, the garden went untended.

The eighth of 15 children born on a dairy farm in nearby Chelsea, Barbee retired in 2005 after working on the farm and in the oil field, with a 10-year stint as a shipper for a printing company. He was used to keeping busy, and the question of what to do with the bowling balls kept tickling the back of his mind.

“I kicked these bowling balls around for several years. Decided I needed to do something with them, either get rid of them or make something. So I came up with the fence. The first bowling ball on it was my own, and it just took off like wildfire from there.”

He has since created works ranging from a single-ball bunny head to the 819-ball pyramid behind the house. His larger-than-life American flag took 273 red, white and blue bowling balls and two-and-a-half years to complete. 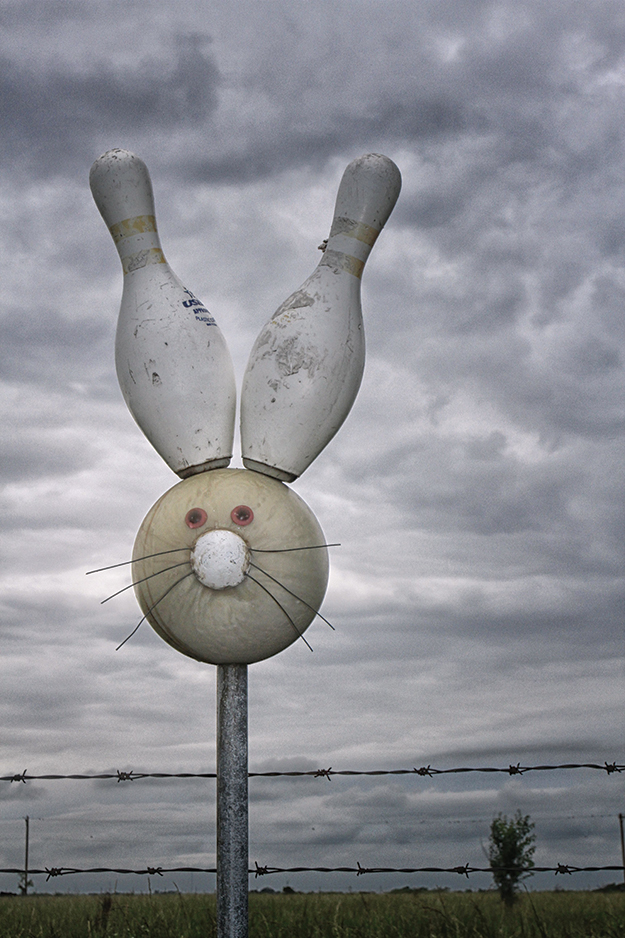 The giant rosary is in honor of his mother. The breast cancer ribbon made of pink bowling balls is a tribute to Carol and to his daughters fighting the disease. Up the drive, on the right, is a shrine encased in Plexiglas and surrounded by double rows of bowling balls with names of tornado victims. A note explains that the ball and pin were in the Moore Bowling Alley when it was hit by the EF5 tornado May 20, 2013.

He likes to ponder new projects: “I’m not in the 10th frame of life yet. I had another three or four brought to me this week. I’m open to ideas; I’m open to suggestions. We’ll just see where it goes from there.”

He wonders what his folks would think of the hundreds of visitors he gets each year. “I often think of my parents, who moved here in 1966. I bought the place in ’94. If mom and dad knew how many cars and people stop by today, they would never believe it!”

What would Carol think of the bowling ball artwork?

Barbee laughs. “It would not make her happy. She was an only child. She never even wanted me to put out a bird feeder.” 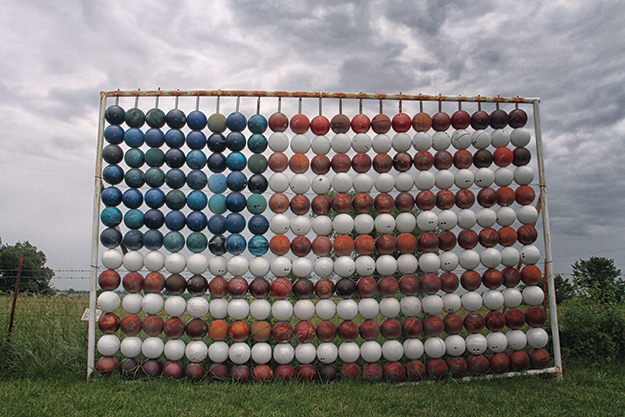