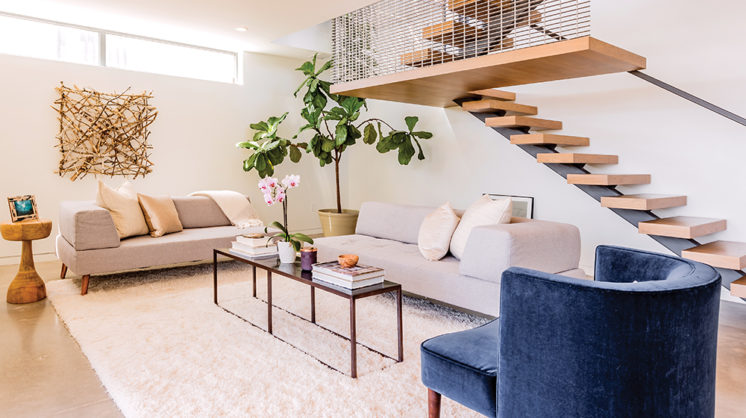 The Cobb family’s cool SoSA pad is perched high atop a hill, with excellent views of the Oklahoma City skyline. If not for those views, a visitor might just as easily imagine the house perched beach-top in Malibu. It’s filled with light and spare geometry, and its east-facing glass wall opens almost entirely – merging the outdoor living space, pool and deck with the interior. The whole is breezy and relaxing, and feels removed from the hustle and bustle of Midtown and Downtown, even though it’s in the midst of the former.

Like many SoSA families, the Cobbs moved into the neighborhood after years spent in suburbia. “We lived in a house with a turret,” Michelle Cobb says. “It was the house we bought when we were first married. He had sold his house, and I’d sold mine, and we lived in Edmond.” As the couple shared their story, Michelle’s eldest daughter Catherine, 25, strolled in, and daughter Kylie, 14, listened.

Time had passed, and the Cobbs wanted to make a change. “I asked Michelle to just drive by and look down here,” Sean says. “This house was a five-year process.” Initially, Michelle was hesitant. SoSA was wildly different than their Edmond enclave. But she met the neighbors, and as fate would have it, there were two little girls across the street who were Kylie’s age – and that sealed the deal.

“We wanted a unique house more than we wanted a large house,” Sean says. “We knew that when we brought Brian Fitzsimmons to the project. Our criteria were that we wanted a pool, three bedrooms, two bathrooms and a beach vibe. We had no idea what Brian’s design would look like beyond meeting those.”

Fitzsimmons, whose own home was one of the first in the reimagined SoSA district, brought the family almost exactly what they wanted. A few tweaks later, they were off to the races. “We added a window in the kitchen so I could see down into Kylie’s courtyard, and did a few little things,” Michelle says.

After living in Deep Deuce and Maywood while the home was constructed, the Cobbs moved in in December 2015. The neighborhood and its relaxed, familial lifestyle have proven to be a perfect fit. Sean, an owner at Funnel Design Group, has embraced urban city life and has sold his car, which he doesn’t miss at all.

Michelle, an aesthetician and owner of her own company, Dega, loves the relaxed, family feeling of the neighborhood, with impromptu get-togethers as the norm. “Our neighbors have become some of our closest friends,” she says. 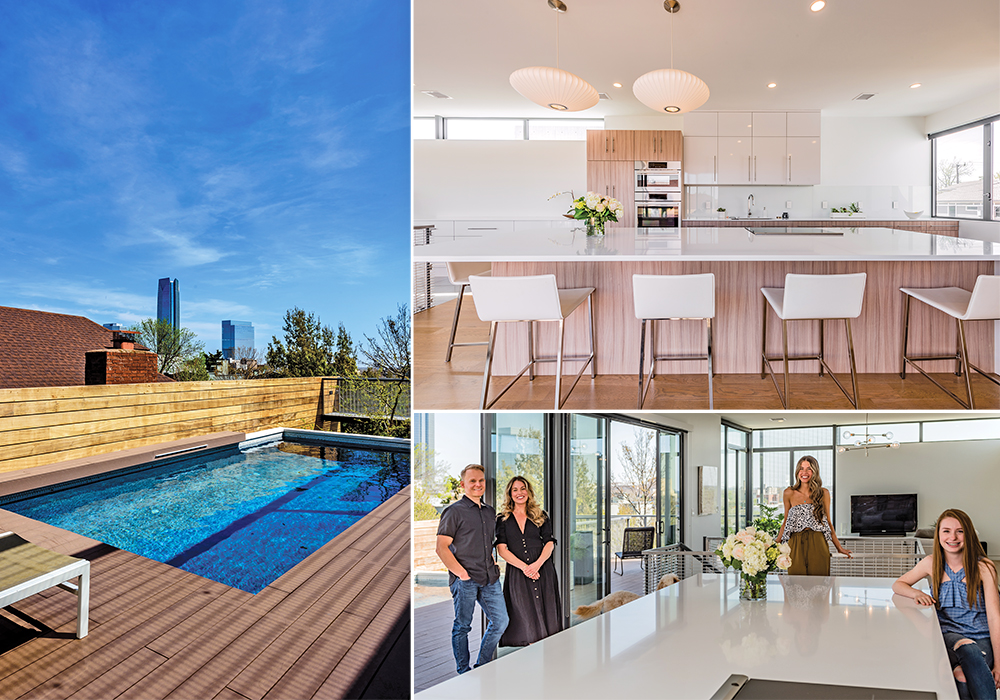 A rooftop saltwater pool beckons under a cerulean sky at the Cobb family’s home in the South of Saint Anthony district. In the not-too-distant background, downtown Oklahoma City makes its presence known, adding to the distinctly urban vibe of the neighborhood.

Ample light and plenty of room for entertaining in the Cobb family kitchen. The large center island is perfect for cooking, and a favorite spot for guests to linger.

The family at home: Sean, Michelle, Catherine and Kylie. 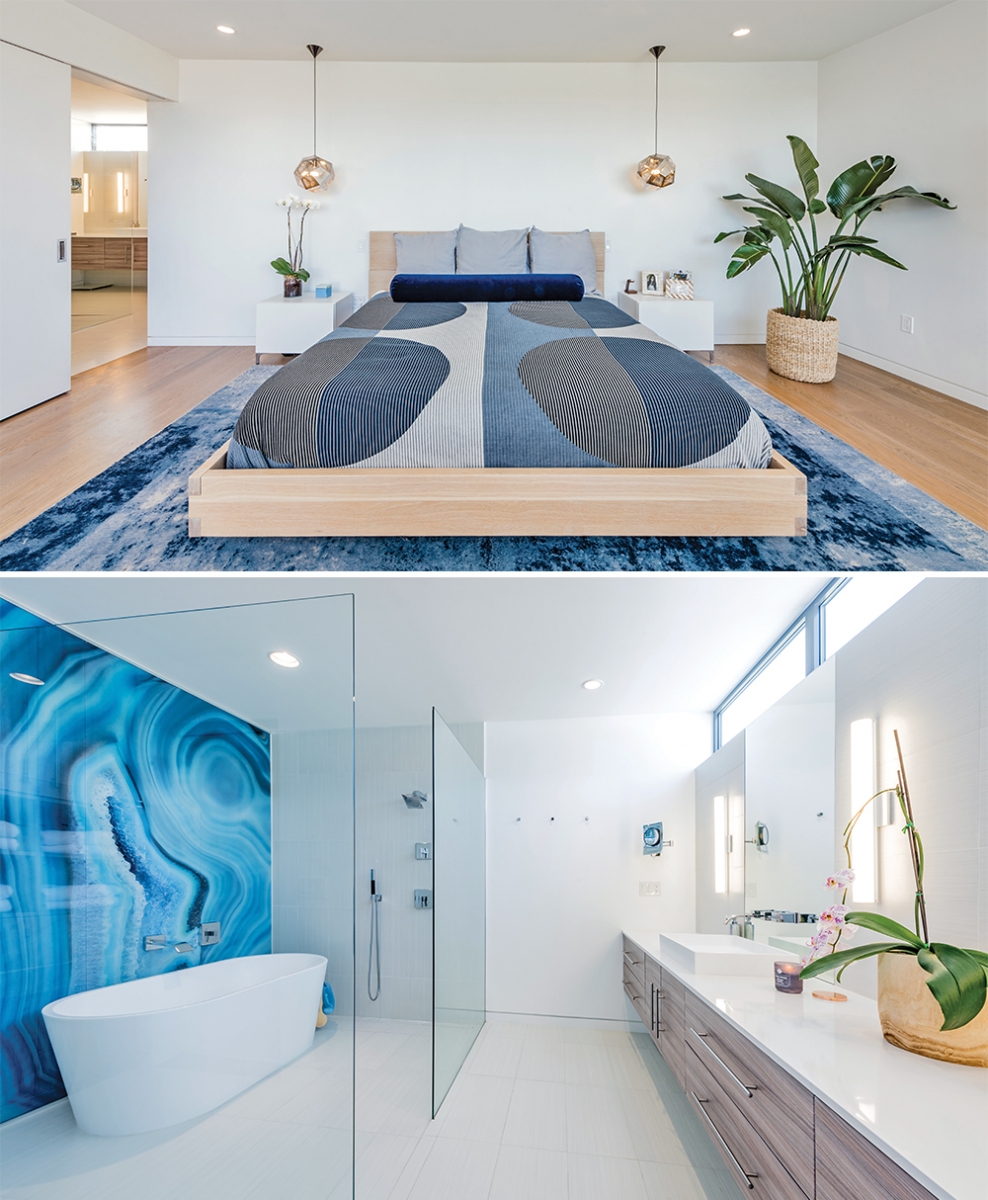 Restful blues anchor serene neutrals in the master bedroom, further evidence that minimal and colorless are not the same thing. One big, perfect pop of vivid blue energizes the master bath. The rest of the large room is a brilliant combination of cool white and gray.