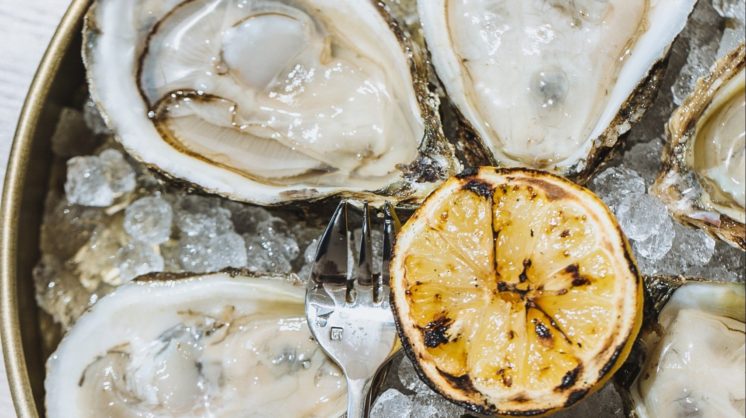 After an 18-month hiatus, popular Uptown oyster bar The Drake is set to reopen Tuesday, Nov. 16. The Drake closed in March of 2020 and is one of the last COVID holdouts to return. Keith Paul, president and founder of parent company A Good Egg Dining, said many favorites will still be on the menu, but there are changes as well.

“We’ve made our fish dishes a little more approachable, like yellowfin for hiramasa in the crudo, and we have grouper and salmon, too,” Paul said. “We’ve added fried chicken—whole and half birds only—as a family-style option.” 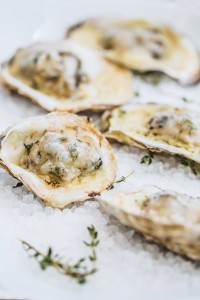 The oysters remain, so diners can expect five or six fresh options daily, as well as a fried oyster appetizer. Paul said supply chain issues have made West Coast oysters harder to acquire, so most of the choices will be East Coast for now. (Hard to be sad about that.) The burger is back, as well, and so are the hush puppies. And despite luxury seafood items being so expensive to source right now, the lobster roll—the most popular item prior to closing—remains on the menu.

So is a crab cake, although prices on crab are forcing restaurants to make difficult choices. “We dropped it from the menu at Red Prime,” Paul said, “and our guests revolted. It’s back on now, and we have it at ‘market’ price. Not much we can do but watch price fluctuations and make changes accordingly.”

Beginning in week two, The Drake will kick off its happy hour on Tuesday, Wednesday, and Thursday from 4:30 to 6 pm, with $2 oysters, a $7 burger, half-price cocktails, and beer and wine specials. It’s part of Paul’s commitment to hit all the price points.

“We have something for pretty much everyone,” Paul said, “even a vegan cauliflower dish, and we have options at every price point. We’re going back to our roots and emphasizing the neighborhood restaurant we’ve always wanted The Drake to be. It’s a special occasion concept, yes, but you can also pop in for a couple oysters, a glass of wine, and a salad and get out of here for under $20.”

Beverage director Jason Ewald’s wine list is smart, eclectic, and affordable, with house wines starting at $7 and the most expensive pour under $15. A full craft cocktail list is available, and general manager Daniel Ramones’ extensive bar experience means bartenders can whip up a few classics, too.

Paul said he doesn’t see The Drake ever going back to lunch service, but he does expect to add Sunday and Monday dinner at some point in the future. No brunch for now, either. Paul believes part of its staffing success—the front of house is 100-percent staffed, a rarity right now—is that the servers love the idea of no lunch, no brunch, and every Sunday and Monday off. (Brunch is the hardest service to staff, because servers and bartenders typically hate it, and the menu is a huge departure from regular services, making back of house work extra hard, too.)

The patio is also back, with 12 al fresco seats on the east side to go with the 125 inside. Paul said they’re keeping the numbers down to get started, though. “We booked out the first week as soon as we opened reservations,” he said, “but we’re going to ease into this, so 125 a night is good for now.”

Increased signage is directing people to the lot on the restaurant’s north side. In spite of one of the most spacious parking lots in the urban core, Paul said a misconception remains that parking is an issue at The Drake. It’s not, and he hopes to get the word out. For now, The Drake will be open Tuesday-Thursday 4:30 to 9 pm, and weekends 4:30 to 10 pm.