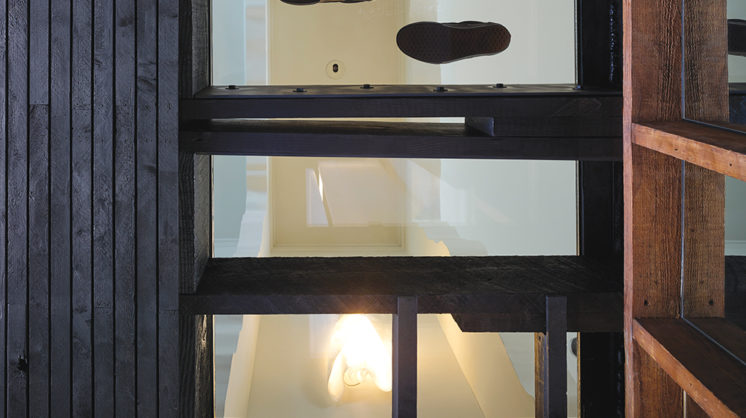 It’s ironic that Jeannette and Rand Elliott, two of Oklahoma’s most prolific and recognizable creative geniuses, spend much of their time literally on the down low — in their basement, which they have turned into a subterranean lair extraordinaire.

They moved into Heritage Hills in 1988. Their home was built in 1920 by Robert Bell, and its style is a mixture of Italian Villa and Italianate architecture, with graceful archways, wide eaves and a stucco exterior, which was painted baby blue at the time. Now a calmer shade of ivory, the home is adorned with plaster angel ornaments, a wedding-cake ceiling in the dining room and delicate bells carved into the fronts and backs of every door. The Elliotts’ minimal aesthetic allows the home’s beauty, and its charming detail, to speak for itself. 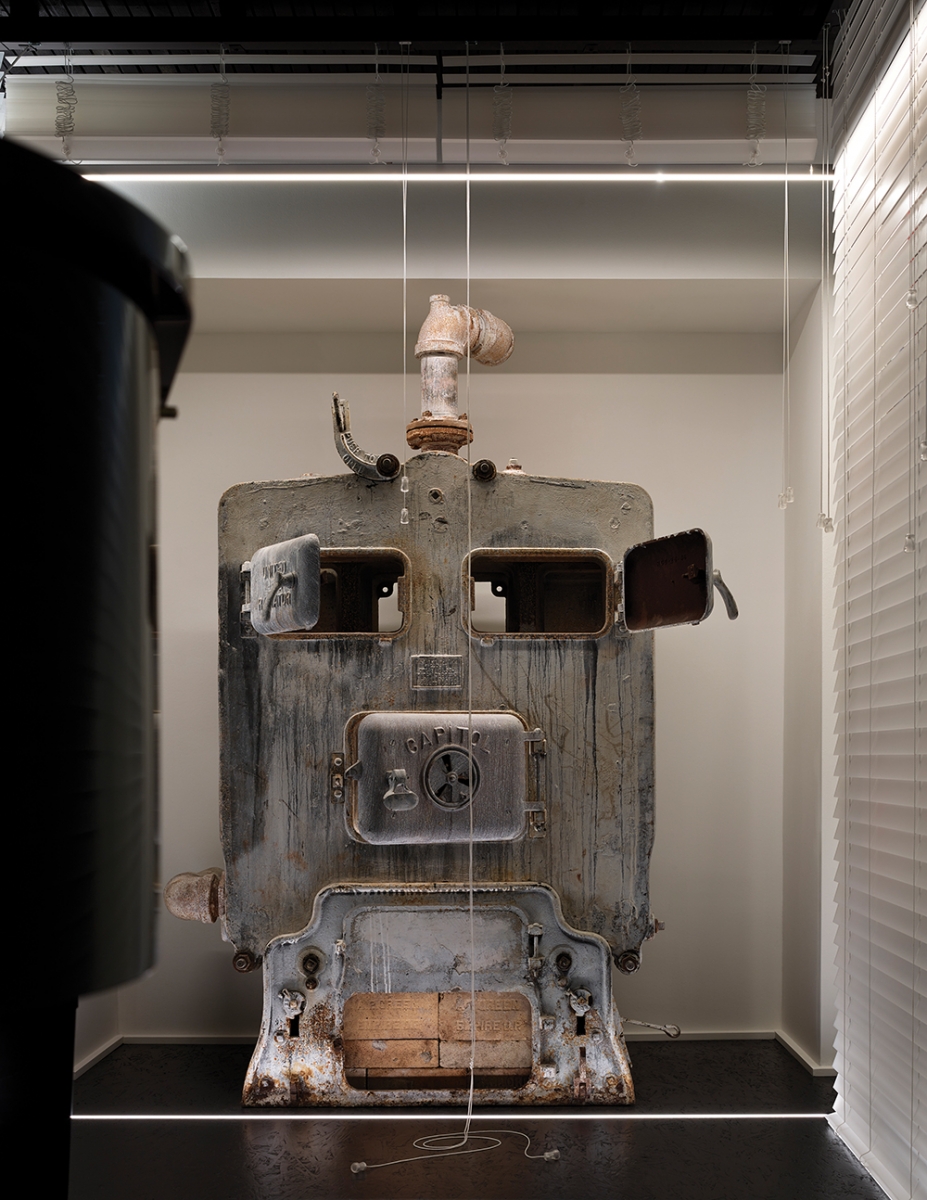 “Three years ago, the basement flooded,” says Jeannette. She holds the post of executive vice president and creative director for Oklahoma City-based Ackerman McQueen, a venerable firm known for its creative advertising work.

Rand, whose architecture firm Elliott+Associates is responsible for some of the most beautiful and useful structures in Oklahoma, unsurprisingly saw the demise of their excellent wine cellar as a chance to create something more thoughtful. “We saw an opportunity to house our book collection in one place, different from the rest of the house. Our books were all over the house,” he says.

The couple’s collection ranges from architecture — obviously — to philosophy, fashion, Native American studies, art and more. But before the vast collection could be consolidated, to paraphrase Carole King, the earth had to move.

“We lowered the floor of the basement by eight inches,” Rand says. “It was removed by hand, thousands of five-gallon bucket loads were carried out.” The space was also thoroughly waterproofed, and a Plexiglas panel was installed in the basement ceiling, which is also the first floor’s floor. This allows a little light to pass between the two, and makes the basement space into a fun art installation when viewed from above, like a giant diorama.

The couple knew that they wanted their basement to serve multiple purposes: library, storm shelter, cozy nap spot, entertaining space, creativity incubator and music room. “We wanted to accommodate all of that and do it with personality and surprise,” Rand says. “We created a system of frosted slat blinds, which enable you to hide the books, see some of them, or raise the blinds and peruse all of them.”

There is a piano, which was brought down in pieces, and a great big couch. These are both nods to the past. Jeannette grew up in a home with a piano, and when the couple was first married and living on NW 42nd, they had a gigantic, but terribly ugly, couch. “We could each sit at one end and read, and our feet could touch in the middle,” Jeannette says. The new couch is simple, stylish and cozy, and Jeannette loves to spend time reading, napping and riding out Oklahoma storms there. 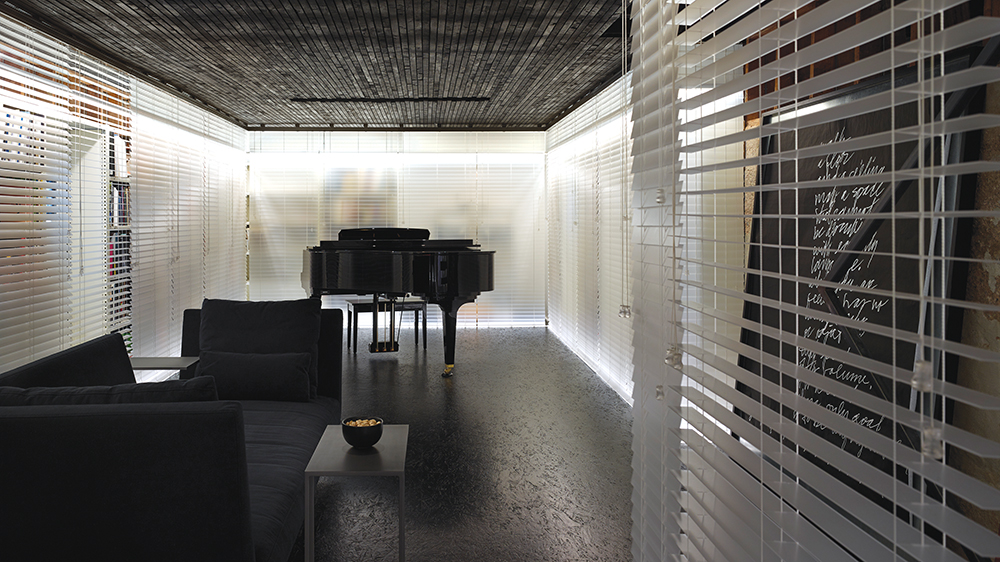 The space is a collaborative effort between the two. Rand, the architect, designed the basement … and then came Jeannette’s part. She organized the library. “I was highly motivated,” she says. “We had so many books stacked in an upstairs room they almost obscured the windows. I sorted them into bins, and now they are alphabetized by subject. I learned a lot about Rand during the process: He uses his books well, highlighting passages he likes or that speak to him.”

Rand enjoys the idea of spending time surrounded by words and ideas, sort of marinating in the thoughts and ideas of the authors and their subjects. “It is a place of respite. I can commune with the books, and maybe they are off-gassing creativity,” he says.

While the space is very clean and elegant, Rand was careful to retain interesting bits of the home’s past lives. In particular, a giant old boiler, circa 1920, peers playfully from behind one section of the blinds. Its doors and chutes are arranged in a way that makes it look like a face, a friendly character waiting to say hello. The couple has dubbed the boiler a ‘he,’ and enjoy introducing guests to its cast-iron visage.

The basement has become an important space in the Elliott home. “I believe that the spaces we inhabit are very important, and that each space should have a purpose,” Rand says. “One should shift within a residence in an intentional way.”