The Ghost of Christmas Past - 405 Magazine 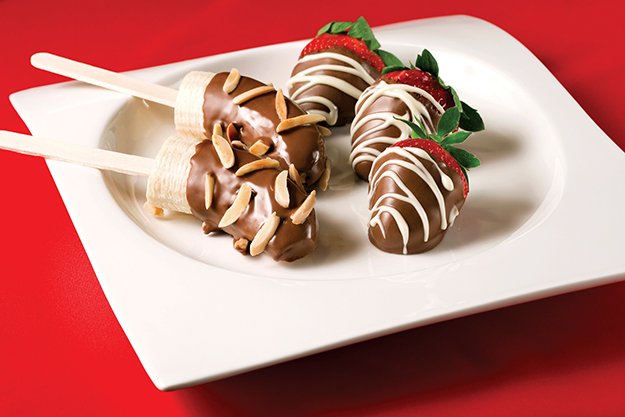 AS HOLIDAY TRADITIONS GO, mine follow a predictable pattern of descending dangerously deep into the fourth quarter with a “what-me-worry?” ambivalence that suggests my holiday preparations are either 1.) finished by Labor Day or; 2.) done by a staff of 30.

Why I punish myself with last-minute shopping year after year will require therapy to decode, but this is exactly what I was doing a couple of Christmases ago when I set out at the eleventh hour to buy several cans of hot chocolate from Godiva – and if you’ve never had it, consider this recommendation my gift to you.

Still believing in Christmas miracles, I was on a mission to get in and out of the mall quickly on a December Saturday. After an hour of hovering, creeping and finally scoring a parking place, I pushed my way inside and immediately saw a family friend, Joe, who decided to walk to Godiva with me.

As we elbowed through the throngs of holiday shoppers, it seemed that the mall population had burgeoned to epic proportions that afternoon, which only ratcheted up the herd’s collective, pre-holiday stress. The Christmas noose was tightening for us all and I, for one, had the bulging eyeballs to prove it.

The mood had spread to the otherwise civilized atmosphere of the Godiva chocolate store, which had shelved its customary personal service and polite decorum until mid-January. For now, the staff was woefully outnumbered by pushy customers who had packed themselves into the store’s 36 square feet to paw at every last delectable in stock.

Boxes were strewn about like Christmas morning as the distracted clerks could no longer tend the shop the way they might during non-holiday weekends.

One of those lapses caught our eye as I collected my cans of hot chocolate. Near the entrance, what had once been a lovely platter of fresh, chocolate-covered fruits had clearly been abandoned, left uncovered in the chaos. A clerk had probably begun her shift by offering delicious samples and Christmas cheer to grateful customers as they moseyed by, but the eventual swell of frantic shoppers had brought that to an abrupt end – at least, this is what Joe and I reasoned as we moved in closer to get a look at the samples.

I never saw bigger strawberries than the ones on the Godiva sample platter. Half-pounders, at least, and ripened under the sun of some place where strawberries are happy to grow. They were dipped in heavenly chocolate and God help me, the third and fourth ones were just as exquisite as the first two I popped in my mouth. Joe helped himself to samples as if he’d been on a five-day fast.

From a distance, the two of us looked like vultures on a carcass, and the feeding frenzy created some interest among the other vultures who swooped into the store, producing a slight breeze with the flapping of their wings. As other predators came closer to the kill, Joe claimed the largest of the samples, a chocolate-dipped banana, rolled in nuts.

Soon we were a constituency of six or seven rabid taste-testers, passing the tongs to one another and reveling like Whos in Whoville. As the clamor lured even more customers to the sample platter, it created a break in the action at the front counter, redirecting the attention of the clerks to the free-for-all in progress.

Joe had just begun inhaling the chocolate-dipped banana when a female clerk rose among the other cashiers to figure out the cause of the commotion. In an instant, she catapulted herself over the line of customers to where we stood, hovered over the remains of the day.

“THOSE … are NOT … SAMPLES!” she shrieked. A deep blue vein bulged from her forehead as she confronted Joe, who was easily twice her size.

We’d been eating the INVENTORY! We were shoplifters!

Joe offered to pay for what we’d eaten as the clerk pressed the rest of the staff for an inventory of what had been sold from the platter earlier in the day.

It was all too much for the clerk. She had witnessed a crime in progress and frankly, it was just the provocation she needed to spiral off to a very dark place.

Not so for me. Like the ghost of Christmas past, I simply vaporized, slipping discreetly into the crowd toward the register to purchase a few cans of hot chocolate, posing as just another weary holiday shopper.

With strawberry seeds in her teeth.