The Home of the Spirits - 405 Magazine 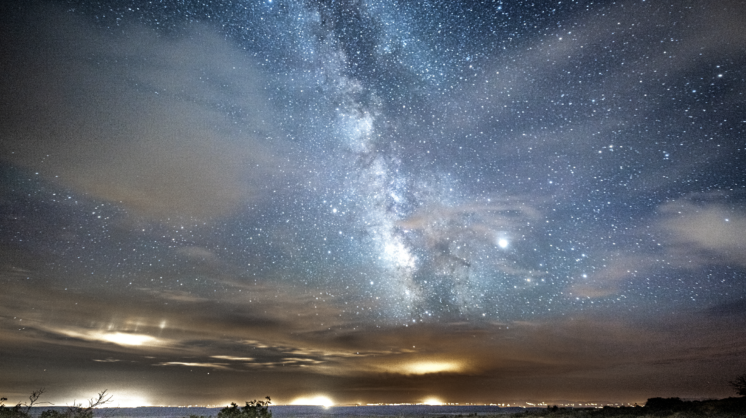 “You feel that?” asks Wolf, our guide and member of the Ute Mountain tribe, as a gentle wind swirls past us. The breeze makes a cool respite from the untamed desert sun. Wolf’s voice is as weathered and timeless as the southwest Colorado mountains and buttes that surround us. In his hand, a shard of pottery, one of countless remains on the edge of ruins from the ancient Pueblos (now, in part, Ute) who once occupied the Mancos River and surrounding cliffsides. The wind blows again.

“Right there,” he says with a steady, knowing cadence. “What do you think that was?” Silence from our group of six.

An unimpressed 13-year-old finally answers. “The wind,” he sneers, apparently eager to get back to his video game.

Again, no one spoke.

“That is our ancestors. They are right here now. Saying hello,” says Wolf. “They’re on the cliffs, too. Watching us. Always watching.”

“They’ve been here for 1,000 years. Some far longer.” He lets it sit there. “They are everywhere.” He glances towards the mountain tops and spies a hawk. “Shall we go see where they live?” And with that, with Olympic precision, Wolf scampered up a sun-swept cliffside. “Don’t forget to drink water. It gets hot.”

For centuries, what is now the Ute Mountain Tribal Park – situated half an hour outside Cortez, Colorado – and Mesa Verde National Park to the west were occupied entirely by different waves of ancient Puebloans. In the 13th century, due in large part to drought and famine, the Puebloans abruptly abandoned the cliffs permanently. They remained hidden until December 1888, when a cattle rancher – who had permission to be there from the Ute reservation – discovered Cliff Palace, and the excavation began.

In 1906, Theodore Roosevelt and the U. S. government turned part of this region into the nation’s first cultural National Park. Now, the famed and visually captivating cliff dwellings of Mesa Verde National Park also make up a UNESCO World Heritage site and receive almost 600,000 visitors annually. There are more than 5,000 archeological sites and 600 cliff dwellings, in addition to informative excavation sites, a striking lodge and gripping canyon hikes complete with ruins and petroglyphs contained within the park’s 52,500 acres. And while the immaculately kept ruins – most notably the reservation-requiring Cliff Palace and Balcony House – offer an arresting glimpse into the ways of the Puebloans. To really understand the spirit, visitors must spend a day on a guided tour, not in the National Park, but an hour away at the Ute Mountain Tribal Park.

The 125,000-acre Tribal Park is located in the Four Corners region of Colorado, and is owned and operated entirely by the Ute Mountain Nation, so visitors are required to have a guide. The Ute offer half-day and full-day tours, each equal parts outdoor adventure, history lesson and immersion into their area’s deep sense of spirituality.

The closest town to Mesa Verde National Park and the Ute Tribal Park is Cortez, Colorado. It’s a hub of activity, with a handful of eclectic restaurants and quirky shops. Among the handful of chain hotels is the non-corporate Retro Inn. Each room in this family-owned renovated motor lodge features photos of cultural icons from different decades. The breakfast (TAMALES!) is as good as any you’ll find to fuel a day in either Ute Mountain or Mesa Verde. For a stronger coffee and equally good food, pop into the Bean Tree. For dinner, grab a yak burger or relleno pie at The Farm Bistro. Blondie’s Trophy Room is also a crowd favorite, and for local brews and some funky shopping, stop by the WildEdge Brewing Collective. To see some of the region’s most beautiful kachinas and native American art and jewelry, you must stop into Notah Dineh Trading Co. on Main Street. The art there, more than any other shop in Mesa Verde country, captures the local native American spirit.

On our hike through Ute Mountain Tribal Park, Wolf, like many Ute, offers little insight into his day-to-day life, and even claims not to have a last name … nor will he allow his photo to be taken. What he lacks in surname is made up for in a profound understanding of the region’s history as it relates to his ancestors. As we scurry up the cliff toward more ruins, Wolf points out wild horses and homesteads in the distance. To Wolf, this park is not just his backyard, but the backyard of all of his people for all of eternity. Along the way, he picks up shard after shard of broken pottery, showing each to us with reverence. He points out vague shapes of dancing Kokopelli figures etched into cliff walls. Finally, we reach an outcropping with traces of stacked stone that lend themselves to a hint of ancient structure.

“They lived all around here,” says Wolf, scanning the cliffsides all around. Unlike Mesa Verde, where the ruins have been carefully excavated, the Ute have let nature take over their ruins. As important as the structures were to the people, the occupying spirit in the Ute Mountain Tribal Park is what is most crucial. The wind blows again. Though his face doesn’t change, Wolf seems to smile. “There they are again. The spirits are everywhere.”