The Masters of Margaritas - 405 Magazine 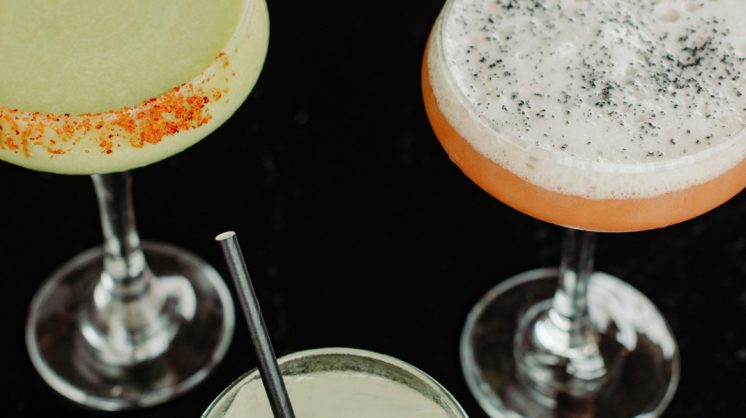 The simplicity of the classic margarita is such that, in theory, any decent bar can make one, and good bars can zhuzh them up with premium ingredients or spirit variations such as Mezcal. With only three required ingredients – tequila, lime and orange liqueur – the basic build is accessible to any bar that carries tequila and any triple sec variation: Cointreau, dry Curaçao, Gran Gala, etc.

Given that they are most associated with Tex-Mex cuisine, it’s worth noting that there is no clear origin story for the drink, but it’s very unlikely that it was invented by a Mexican bartender. At least, that’s according to Imbibe Magazine, in a story that made much of the lack of cocktail culture in Mexican cuisine and that locals around Mexican resorts do not drink margaritas. The most likely origin is that it was a variation of the Brandy Daisy, a cocktail that first appeared on menus in the late 19th century. Whatever its origin, though, its popularity is unparalleled in American bars and restaurants, where it can often be a bloated sugar bomb that has abandoned the simplicity and balance of the original build.

Julia McLish at Barkeep Supply (1121 N. Walker Ave. in Midtown) uses reposado tequila rather than blanco to add more body and a mellower flavor, and she adds complexity by combining fresh orange juice and agave nectar with the Pierre Serrand Dry Curaçao and fresh lime juice. The sugars are balanced well with the acids thanks to the use of fresh citrus, meaning the cocktail is refreshing rather than sweet.

Rachel Cope was a bartender for many years before founding 84 Hospitality, the parent company of Revolución (916 NW 6th St.), where the house margarita follows the classic rules. “We use 100 percent blue agave tequila, because that matters for taste and quality,” she says. “And we use Gran Gala rather than Cointreau, because it’s just as good for half the price. Fresh lime and house-made simple syrup are the only other ingredients. Always fresh, never the grocery store bulls—.”

Her commitment to 100 percent agave is important, though. Because of the relative rarity of mature agave plants, many commercial tequilas are made with up to 49 percent fermented sugar cane and caramel coloring, to trick consumers into buying cheaper products. Worse, is the race to the bottom on tequila prices that do feature 100 percent agave. David Suro, the greatly respected importer of tequila and mezcal, said: “No way to sugarcoat it: if your bar is buying tequila at less than $19 per liter, you are complicit in squeezing out fair-pay producers and exploiting workers …”

Speaking of the salted rim: Some drinkers consider the ring of crystals de rigeur for a margarita, while other people prefer a balanced cocktail, and salt does nothing but unbalance this simple, beautiful refresher. McLish splits the difference by only salting half the glass, so that people have a choice.