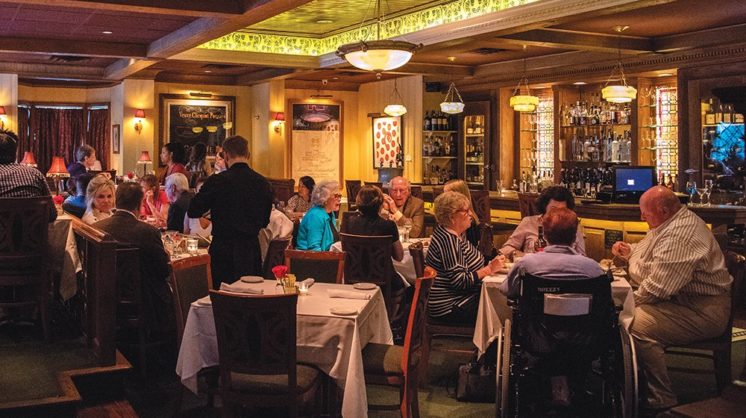 LaVeryl Lower looks at a plate of Thai Curry Shrimp that our art director is about to photograph. She considers it briefly, adjusts a couple of components … and then tells the server to send it back and have the kitchen redo it. For 30 years as of Dec. 7, Lower will have applied the same meticulous approach to all food served at The Metro Wine Bar & Bistro.

Any bystander looking at that dish would have seen a beautiful plate of food. At The Metro, though, there is the dish in Lower’s head and the dish on the plate, and only one of them is getting reworked. When the revised plate comes out, it does look better, somehow, in some hard-to-define way. The basil leaves are bigger, greener, maybe. The shrimp are more prominent? It’s best to shrug and just enjoy the food. 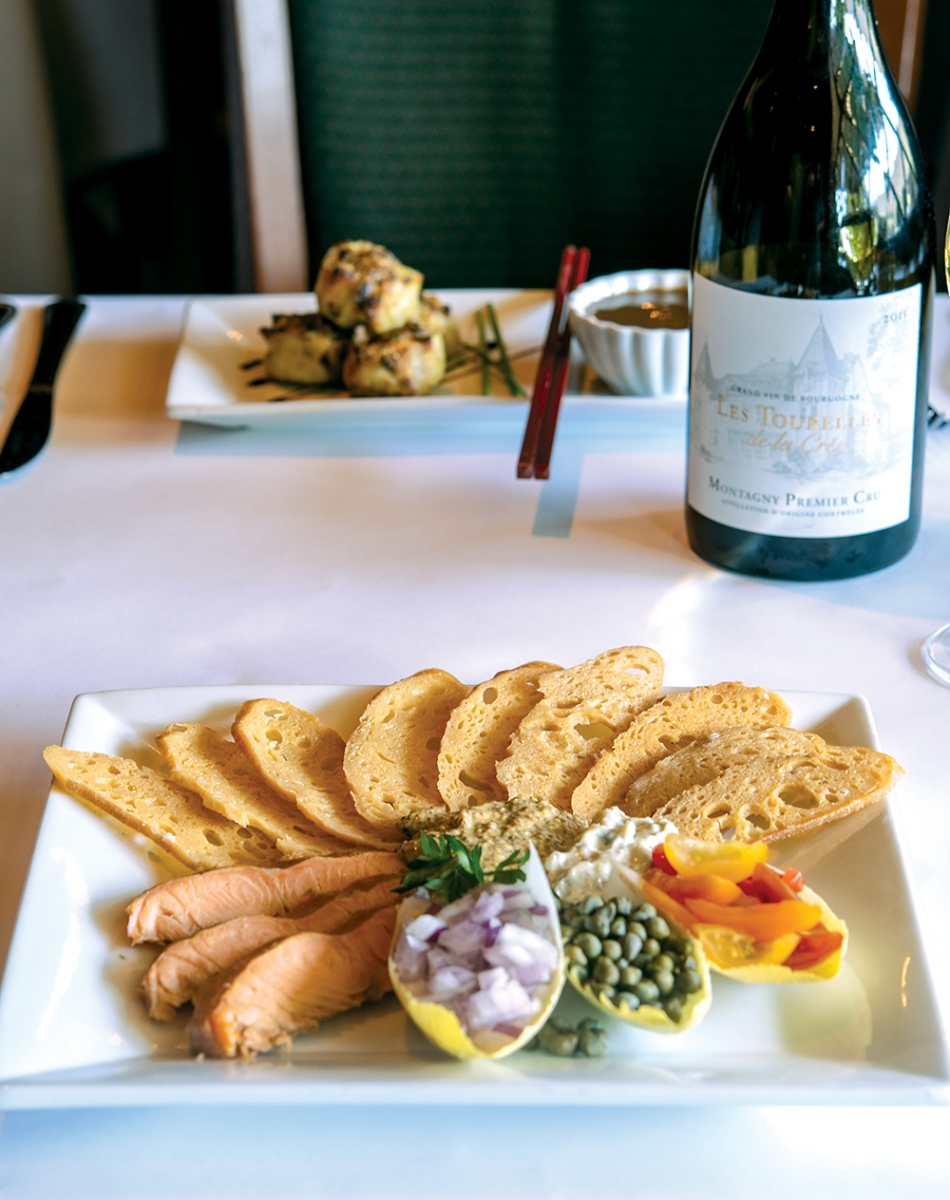 The Metro opened in 1988 as a French bistro. Located across the street from The Coach House, it was the brainchild of Chris and LaVeryl Lower and Kurt Fleischfresser, who were also partners in The Coach House. The partnership ended amicably in 2005 when Fleischfresser and the Lowers traded their shares with each other. LaVeryl, already at that time the day-to-day presence at the wheel of The Metro, has run it as operating partner ever since, and the couple assumed full ownership of the building when they purchased it in 2013.

Fleischfresser created most of the original menu – with Vance Gregory of Edmond Wine Shop consulting on the first wine list – and many of the items on that original menu are still there: bread pudding, pork tenderloin, smoked salmon, veal liver and onions. Wait, liver and onions? Fine dining?

“People do come just for the liver and onions,” Lower says. “I guess a lot of places don’t offer it, or they maybe think it’s good for them?”

She is not herself a fan of the taste of liver, but menus are not meant to please the owner – a lesson not always well learned by owners – and giving customers what they want, or what they didn’t know they wanted until they tried it, has always been one of Lower’s strongest gifts. I wrote in the February 2017 issue that Lower’s unbelievable wine list, which is always an industry gold standard, is a product of her experience, palate and intuition, and that good taste when it comes to wine is picking wines that a lot of people agree are delicious. She has the same experience, intuition and palate with food, and she listens to her customers.

“We added a vegetarian option about 10 years ago because so many of our guests wanted something creative and fun,” she says. “It used to be [that] ‘vegetarian’ meant salad or grilled vegetables.” 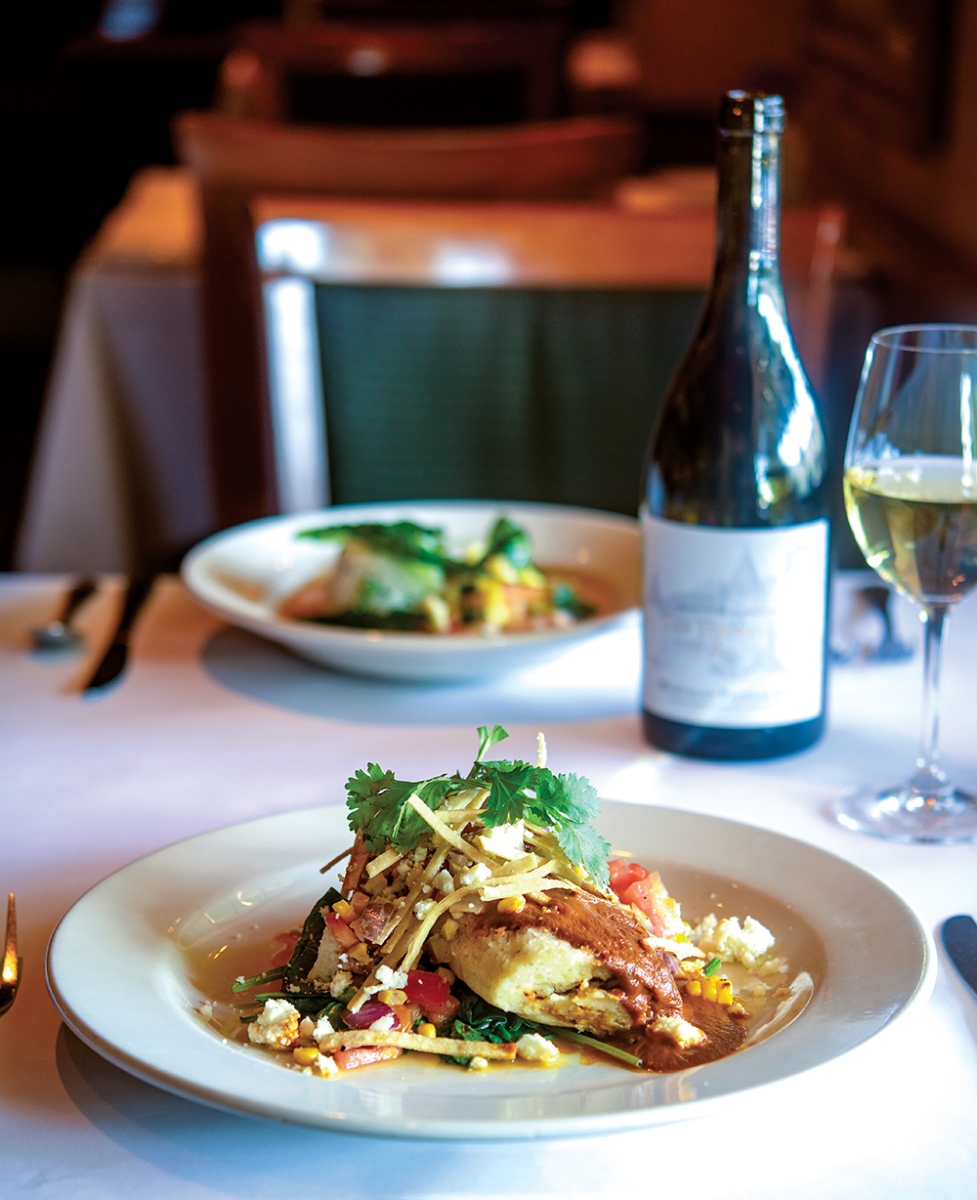 Their vegetarian special rotates seasonally; the most recent iteration is a shiitake mushroom and sweet potato tamale. By any measure, it is a filling meal, and it’s delicious in a way that makes you not notice it’s vegetarian: hearty, soulful, plenty of butter, savory and earthy. The dish is superbly constructed, well balanced and creative.

Adapting to change does not mean always yielding to trends, though. Some dishes, such as those surviving originals, hit the menu and stay. In 2006, then-executive chef Chad Willis added the lamb potstickers with house-made tamarind “ketchup.”

It is still on the menu, and while it isn’t the most popular of the appetizer options – that would be the smoked salmon – it is the most interesting in that it harnesses elements not often combined to make a rich, zippy, satisfying small bite of explosive flavor. Experienced Metro diners keep the tamarind ketchup around for all the courses, by the way.

Willis is one of 10 chefs who have held the executive title at The Metro, including some of the city’s best. They all learned immediately that Lower believes everything should be made from scratch, and she wondered aloud when we talked why so many places don’t do that.

The commitment to fresh-made food is matched by her commitment to high standards and consistency. The kitchen has two expo positions, on facing sides of the expo window. No plate hits the floor without being inspected twice. Only a few restaurants do that, and The Metro has always done it. Consistency is present in the staff, too, as many have been there more than 15 years, and a few more than 20.

What’s next for The Metro? Lower doesn’t have plans for big changes, and why would she? Everything from the soup to the seafood to the bread pudding to the wine list is stellar, and has been for 30 years. And counting.