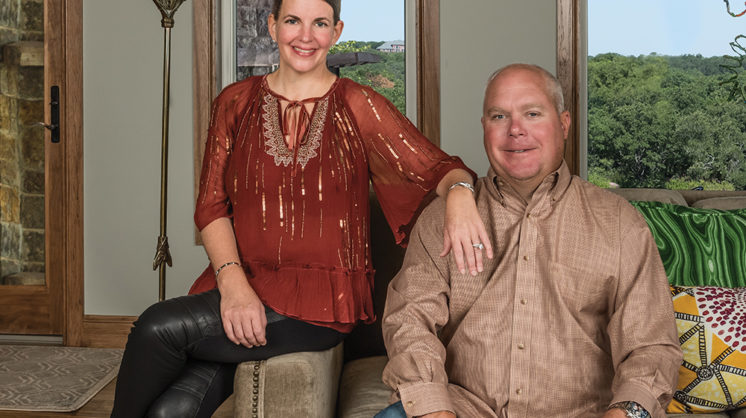 Elizabeth and Lance Miller built their dream house on a hill, a stunning reflection of their individual and shared values. Elizabeth painstakingly designed the rustic-modern interior, scouring specialty stores around the country for the lighting, accent wood, cabinetry and furnishings that would surround the Millers and their two daughters for years to come. For Lance, the 5,200-square-foot ranch home on 80 acres near Luther is a model of structural integrity, built to last and stay strong.

And yet, sometimes a one-of-a-kind masterpiece, structured with heavy beams, roofed with hail-resistant metal and clad in nearly indestructible tulip poplar bark, can still fall prey to the worst of Oklahoma weather.

By the time the Millers were ready to build the house, they’d had three homes in their past, each time rolling the equity into the next – but in 2010, they were done with spec homes and plans bought off the internet. It was time to build their true home. Lance, a co-owner and managing member of the general contracting firm Miller-Tippens, had both the skill set and the business connections to make it happen. Working with architect Duane Mass of Mass Architects, the Millers sat down and brainstormed the things they wanted.

“We kind of showed him a few pictures, and after that, we only had a few revisions,” Elizabeth Miller says. “Then we had our house.”

Having sold their previous home in the Chitwood Farms community near Lake Arcadia, the Millers moved into a single-wide trailer perched on their chosen hill in February 2010, so they could oversee construction on the house. It was a pragmatic, highly practical living situation.

“It was hands-on quality control, and it kept the theft down, I’d like to think,” Lance recalls.

While the frame went up, Elizabeth went to work on the materials. An expert researcher who recently earned her private investigator license, one of her first style and structure triumphs involved landing on barkclad.com, an Asheville, N.C., company that specializes in tulip poplar bark, a resilient and highly sustainable siding material that gives homes earthy, durable exteriors.     “Everyone was into the rock brick at the time, so we wanted to stay away from that fad,” she says. “I wanted something timeless.”

Timelessness was the order of the day, inside and out. She found decades-old flooring salvaged from a demolished Chicago office building at Discovery Architectural Antiques — a renowned reclamation company located in Gonzales, a small town in south central Texas filled with landmark Victorian homes. The Millers drove large trailers down to bring back loads of flooring and shiplap for the new home. Elizabeth outfitted the kitchen with an eight-burner Viking stove and painstakingly searched for the perfect illumination for each room.

“I’ll research a lighting fixture for days,” she laughs.

Their two daughters, 14-year-old Libby and 11-year-old Sarah Jane, received a custom wing of the house that catered to their artistic impulses – today, the two budding artists’ works adorn each of their bedrooms, as well as the carefully stocked art studio nearby. Upstairs, a guest suite sits adjacent to a gigantic media room, while downstairs, a set of heavy barn doors separates the main living room from the couple’s suite, featuring a beautifully appointed bathroom with a spacious, multi-headed steam shower.

All of this was built in eight months, and the Millers moved into their dream home in October 2010, just in time for the holidays. It was their refuge, a place with room for a massive vegetable garden, an archery range for the girls and a pond for kayaking. For Lance, this was going to be the last house his family would build for themselves. 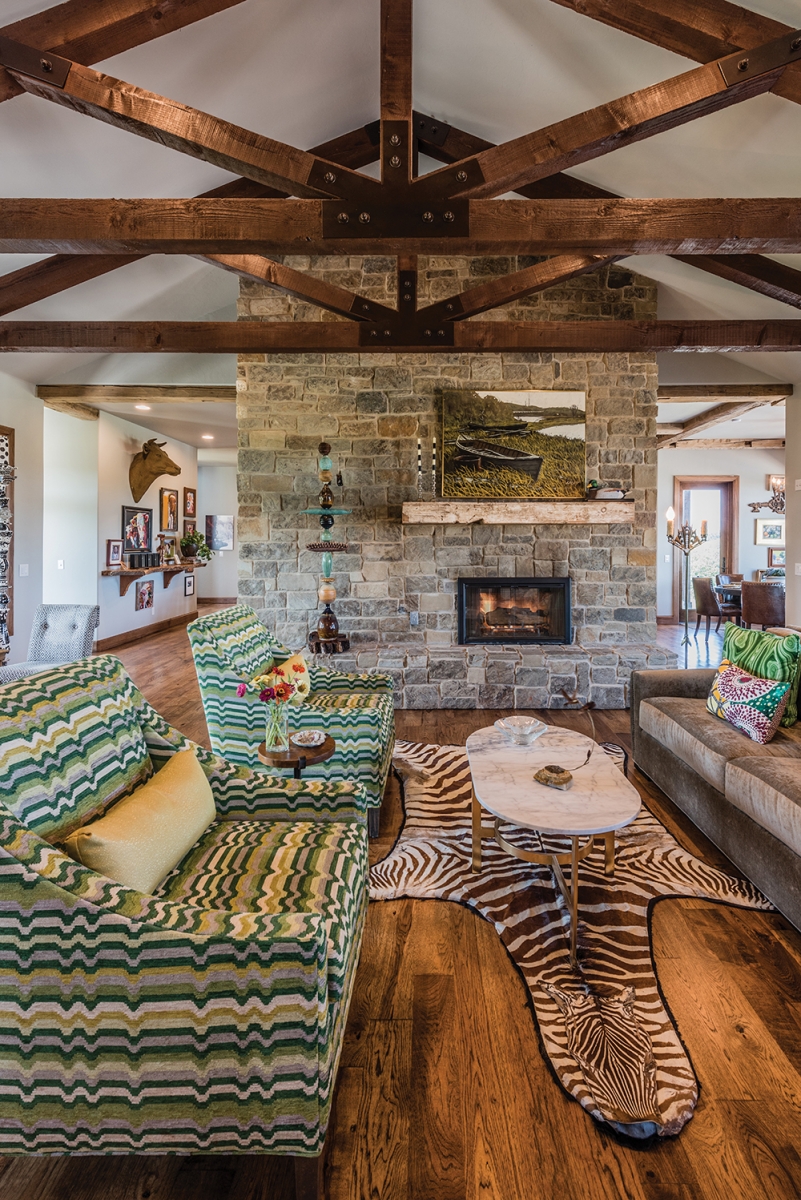 “I thought I was done,” he says. “I don’t like residential — I’m a general contractor. I do more professional and commercial work. So when we were done with this house, I said, ‘This is my last house.’

“Then we got hit by the tornado three years later,” he sighs.

On May 19, 2013, the Millers’ dream house was hit by one of the 67 tornados that descended on Oklahoma over the course of three days. Lance said his friend David Payne, KWTV’s chief meteorologist, was storm chasing just off the Turner Turnpike and saw the EF-3 funnel cloud graze their home.
Fortunately, the Millers had outfitted their house with a life-saving custom storm shelter. While it was not a total loss, the tornado ripped off part of their roof over the main living area and sheared away two patio areas. Rain damage to the floors meant two more trips to Gonzales for more reclaimed wood.

It took months to bring the home back to its former glory. During the process, Lance said he received confirmation on just how rare and unusual his tulip poplar bark-clad home is — not just in Oklahoma, but in most of the country.

Chances are, most people in OKC have seen Lance Miller’s work. In addition to the scores of retail, business and government offices he has built since forming Miller-Tippens in 2006, he also built the Oklahoma City Zoo’s main entry in 2001.

But then there is the refuge east of the city, where the private work of Elizabeth Miller is what catches the eye and holds it. Yes, it took money to create this breathtaking enclave, but it also took time and care — not just to design it, but to bring it back from natural disaster.

In the years since the Millers built their home, some of their design touches have reached the masses, much to Elizabeth’s chagrin.

“Nobody had even heard of shiplap when I used it, and now it’s in everything Chip and Joanna Gaines (of HGTV’s ‘Fixer Upper’) do,” she says. “We thought we were really different until the reclaimed wood trend came around.”

But now that everything is in place, the Millers do not think of changing it. Their dream is fully realized.

“I move the art around sometimes,” she admits. “But not really. We really knew what we wanted.”

► Take a closer look at the Miller home's outstanding decor by clicking the photos below.