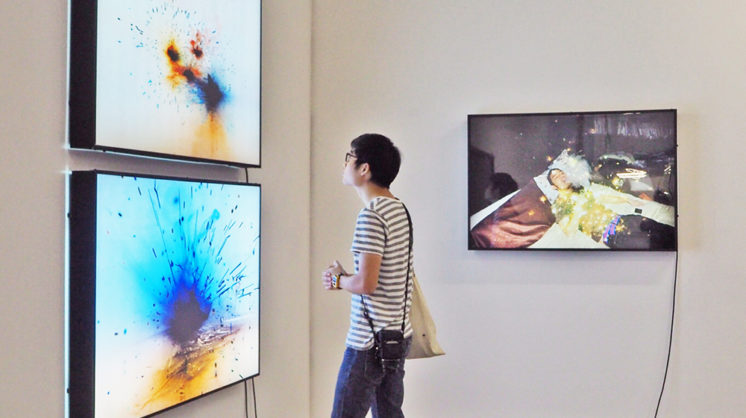 In a month when spring break is a prime topic of conversation and the end of winter has some people feeling a touch of cabin fever, the OKC Museum of Art is offering opportunities to get away from ordinary experiences in a month featuring outstanding oeufs and an unusual oeuvre.

The focus is local but the theme is far-off bliss at the 34th annual OKCMOA Omelette Party March 2, dubbed “EGGscape to Paradise.” More than a dozen top-tier chefs from some of the city’s most tempting restaurants will be whipping up egg-centric culinary creations and gourmet omelettes, filling the Bricktown Events Center with magnificent tastes to accompany the live music from The Stars and DJ Brian Smith, as well as eye-catching works in multiple media from more than 50 local artists that will be raffled off as part of the evening’s attractions. It’s more than enough that if you miss out, you’ll “wish you were here.”

Then, after spring break, guests are invited to break slightly with reality, as the museum hosts a multimedia exhibition titled “The Serenity of Madness,” devoted to the distinctive viewpoint of Thai filmmaker Apichatpong Weerasethakul. (In America, he often goes by “Joe.”) He’s an award-winning auteur – his 2010 film Uncle Boonmee Who Can Recall His Past Lives won the Palme d’Or at Cannes – with a penchant for mixing elements of the supernatural or simply surreal into imagery of ordinary, everyday life. This solo exhibition mines his experimental short films, video and photography for sociopolitical insights from a unique artist, within a cultural perspective that’s rare for Oklahomans to experience. Broaden your horizons without leaving town.