The Now and Future deadCenter - 405 Magazine 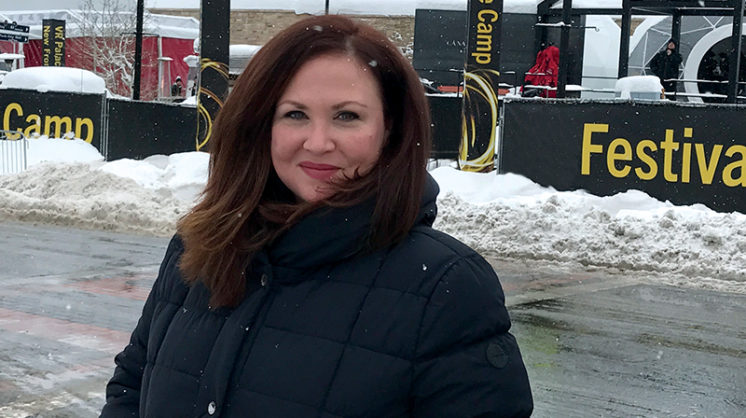 Kim Haywood is a tastemaker. She’s a curator, a gatekeeper and a ringleader. As director of programming for Oklahoma City’s deadCenter Film Festival, Haywood watches more than 1,300 movies each year (yes, really), attends major festivals such as Sundance to discover exciting new talent, and manages a massive team of volunteer programmers to select the top 100 films that will play at the festival each June.

“There is an intrinsic trust people have with our programming now,” Haywood says. “For the first several years, people came to see a specific film or filmmaker. Now, people are willing to see whatever films we program. Our audiences want to be challenged and entertained. They trust that we will pick the best films from Oklahoma, the most talked-about films from Sundance and hidden gems from around the world that will spark conversations throughout the year.”

deadCenter’s 2016 slate of films is a perfect example. Best Oklahoma Film winner, Electric Nostalgia, sold out both screenings at its world premiere before dazzling festival audiences around the country. Three of the 12 documentary features were short-listed for the Best Documentary Oscar, including Life and Animated, which ultimately received an Oscar nomination. And opening night film The Hunt for the Wilderpeople became the biggest-selling film in New Zealand history and landed on several end-of-year top 10 lists.

“We love getting a few big-time films to submit, to help build our audience and drive more press attention,” Haywood says. “But the core of our program is made up of the exciting films we discover through our submissions process.”

As deadCenter has grown in size and prominence over its 17 years, Haywood has become an important advocate for Oklahoma and regional filmmakers. She sits on several film school advisory boards; she programs films for other festivals and film series; she is the go-to person when festivals across the country want to know what films to look out for from Oklahoma.

“I talk to film distributors, theater owners and other festival programmers throughout the year,” she says. “Every one of them is looking for unique stories with compelling local and regional sensibilities. Luckily, Oklahoma filmmakers are stepping up to meet that need.”

“Not only have the aesthetics of Oklahoma films improved immensely,” Haywood continues, “Oklahoma filmmakers are now much more comfortable telling stories that are true to them and their own experiences. The stories are more original, more honest and more representative of life in Oklahoma.”

Haywood recently spoke on a national radio program and podcast at the Sundance Film Festival, focused on how technological changes to the film industry, such as online distribution and streaming services, are affecting filmmakers and festival programmers. The topic could not be timelier.

“Technology is changing,” Haywood admits. “People watch fewer films in theaters and more at home and online. But festivals will stay relevant as long as they create experiences around the art of film.”

“Film festivals are about the experience and celebration of film,” she continues. “You sit in a theater with 200 other people; you hear the filmmakers talk about their work; you ask them questions. You go to special events and talk one-on-one to the filmmakers, crewmembers and actors. You hear panels and attend seminars. You experience the art of film in a way you cannot by just going to a movie theater or watching something at home.”

Haywood knows a thing or two about creating experiences. Over the years, she has built a giant bike ramp on Broadway for a Mat Hoffman movie, erected a circus tent for a Flaming Lips movie and imported a 22-member Memphis blues band to play after a film in the Myriad Gardens. For this year’s celebration, she’s looking to the future.

“The most interesting thing on the horizon is virtual reality,” Haywood says. “Virtual reality has finally graduated from a great visual experience to a tool that can expand the way filmmakers tell their stories. We want our audiences to experience the latest and greatest. So we are bringing in VR films and filmmakers and partnering with 21c Museum Hotel to create a comprehensive VR experience at this year’s festival.” That’s something to keep an eye on as June approaches.

Kim Haywood has defined the way we experience independent film in Oklahoma for more than a decade. It’s exciting to know she’ll be guiding us into the future, as well.