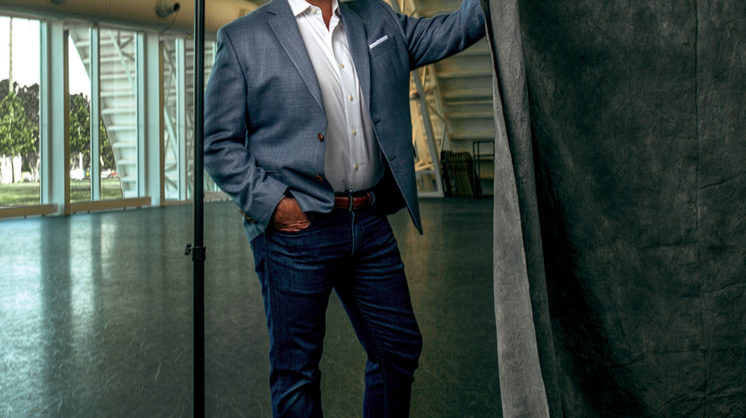 Over the past several decades, Oklahoma City has grown remarkably. The Bricktown area is a favorite among tourists, while the Thunder put OKC on the NBA map. Lyric Theatre and a number of other cultural enhancements have increased the city’s visibility. One of the greatest, perhaps, is the Oklahoma City Ballet. What was once a struggling dance troupe is now one of the premier companies in the nation – Artistic Director Robert Mills has taken the ballet corps to new heights, and the board shares his vision of a world-class ensemble.

This summer, they set up shop in a new building at 6800 N Classen, in what once was part of the late Aubrey McClendon’s final venture, American Energy Partners.

“The story I was given is that Aubrey was building a wine cellar, and when the recession hit, he stopped building on it,” Mills explains. “So if you drove past this property on Classen, for many years you saw the bones of what we have today. He eventually scrapped the wine cellar idea, but kept the original design and made it bigger. When he left Chesapeake and started American Energy Partners, he decided to make this a gym for his employees – and he also sold private memberships to the locals in nearby Nichols Hills.”

After McClendon’s death in March of 2016, the building went up for auction. Although it originally was constructed at a price of $12 million, the ballet paid $4.1 million, raising the money in just six weeks during the holidays.

“Aubrey was so generous to Oklahoma City Ballet,” Mills says. “When I took over as artistic director, we were half a million dollars in debt. He bought our old building and let us work out of there essentially rent-free. So just being in this new space, one built by Mr. McClendon, is so meaningful to us. Instead of the building going to some 24-hour fitness facility or some corporate entity without roots and ties to Oklahoma City, it was taken by a nonprofit arts group that serves the community.”

Mills originally performed with the company back when it was known as Ballet Oklahoma. He left Oklahoma briefly, and returned to assume his new role as artistic director in 2008.

“When I started, we had 64 students,” Mills says. “Now we have over 300 students year round. This facility has over 29,000 square feet – compared to our old building, which had about 8,000. It will eventually have space for six dance studios, as well as artistic and administrative office space and a boardroom. So it’s really quite significant, what we will be able to do for the community.”

The new facility will have classes for parents, Mills added, so instead of just dropping off the kids for class, parents can stay and take their own Pilates, yoga or adult ballet class in another studio.

“This significantly opens up our ability to serve our community better,” Mills says. “I was always adamant that in a city of over a million people in central Oklahoma … we could be touching more lives than we do. This building will really allow us to do that.”