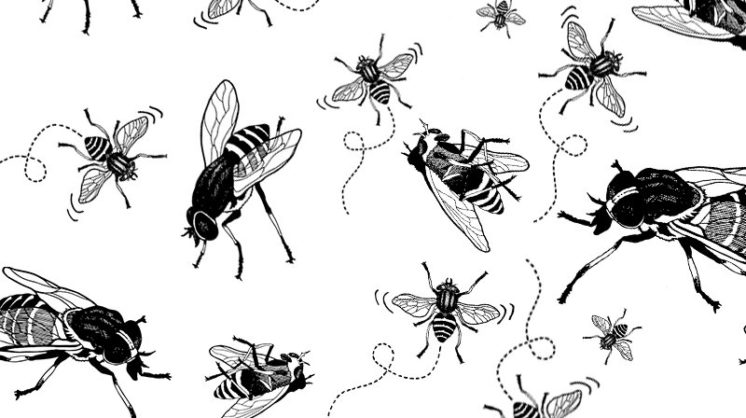 My mom grew up on a farm that I visited about a dozen times before the age of 6. Last month, during a drive to Santa Fe, The Beau announced on a lark that he’d like to take an impromptu detour off I-40 to see the farm my mom had told him about.

“Why do you want to see that?” I asked, making a mental note of the unholy hour we’d be rolling into Santa Fe, now at least nine hours away if we acted on this impulse.

“Because I’d like to get some dirt from the place where your mom grew up and bring it to her,” he said, sounding every bit like a well-meaning cat with his heart set on delivering a dead blue jay to the porch as an affectionate offering to the humans.

“I was 6 the last time I saw it,” I told him. Highway signs on the periphery of our vision reminded us, “Fools, the weekend will be halfway over by the time you get to Santa Fe if you exit now!”

“I don’t remember enough about it to tell you how to get there,” I said as code for, “There will be other blue jays. Just keep driving.”

“It’s a small town. Everyone will know where it is,” he assured me with no regard for my not-so-subtle hints.

The detour led us to several locals who – probably tipped off by my flip-flops and eyelash extensions – immediately recognized us as not being from the tri-county area. Several exchanges included expressions like, “yonder,” “up the road a piece” and “as the crow flies.”

Eventually, as The Beau had predicted, a local tractor mechanic who doubled as a volunteer mail carrier scratched his head, contorted his face and gave a convincing recollection of my grandparents, right down to which fruits my grandmother grew in her orchard and canned for jelly.

When we finally arrived at the farm, the only recognizable markers remaining were a line of trees that separated the house and yard from the fields and an intimidating barbed-wire fence that really didn’t care how much you paid for your jeans.

The two things I’d remembered most weren’t there, but I still haven’t ruled out hypnosis therapy to erase my memory of them.

1a.) Stench of outhouse

1b.) Horseflies the size of blackbirds inside the outhouse

Instead, take that brown cloud over the stockyards west of Amarillo and condense it a hundred thousand times into the kind of unmistakable stench that would make mustard gas seem like a good candle fragrance in comparison.

2a.) Stench of chicken coop

2b.) Learning how fresh the chicken in Grandma’s chicken ‘n’ dumplings really was

I remember actually loving the chicken coop, despite my failed attempts to step carefully through it. “Watch your step, city girl,” Grandma would say. In the chicken coop, as in the outhouse, you could see the air you were breathing. Likewise, anyone within 20 feet could guess where you’d been after you left either the coop or outhouse.

Grandma had no qualms about selecting a chicken for dinner. This kept her in great shape – she only had to be more fleet of foot than the slowest chicken. I remember crying when I heard about Grandma’s no-nonsense preparations for getting the bird from the coop to the frying pan.

The detour put us in Santa Fe in the middle of the night. With Thanksgiving on my mind, I asked The Beau if he thought he could thin out the population of wild turkeys in the neighborhood by one.

“Sure I can,” he said confidently.

“How would you kill it?” I asked the man who carries spiders and unsightly bugs outside before wishing them luck and setting them free.

“Wouldn’t that make it taste like lead?” I wondered.

“Not if you shoot it in the head,”

“His head is the size of a walnut!” I scoffed.

“No. You’ll have to chase it, catch it, wring its neck, wait a few minutes for it to stop running through the yard and then gut it, pluck it and clean it. That’s how Grandma did it.”

Connecting the dots, he added, “Don’t ask me to build you an outhouse.”