The Rise and Fall of America, Oklahoma - 405 Magazine 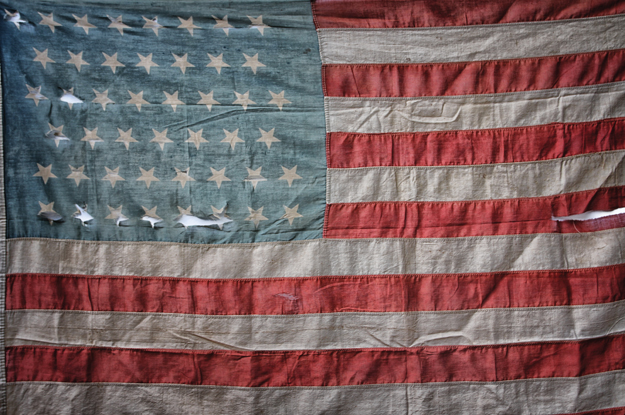 In Searching The State For The Most Promising Place to Celebrate Independence Day, I found a town in far southeastern McCurtain County was irresistible: America, Oklahoma.

But it turns out that the place with the most patriotic of names hosts no Fourth of July parade on a bunting-bedecked Main Street. Truth be told, it has no Main Street at all.

One hundred and ten years after its founding, America, Oklahoma, is all but a ghost town.

Remnants of the old logging settlement – near the Arkansas border, just north of the Texas state line – are off State Highway 3, past the dumpsters on the left and down an unmarked dirt road, surrounded by a forest of pine spilling over from the nearby Ouachita National Forest, east of Bokhoma and south of Moon.

The town was named not in a burst of patriotic fever, but by Tom Stewart, who opened its post office July 24, 1903, in Choctaw Nation, Indian Territory, and called it in honor of his wife, America Stewart.
Thomas Alexander Stewart and America Arminda Suggs had been married in August 1876, six weeks after the United States’ centennial celebration and a few days after her 20th birthday.
He was 18.

Both came from families of 10 children. Thomas was born in Tennessee on Feb. 20, 1858, and grew up with siblings with sober names such as John, William, Sarah and James. America was born in Alabama on Aug. 4, 1856, after sisters Parthena and Charity Elizabeth, but before her brother Benjamin Franklin Suggs.

The Stewarts came to Indian Territory in their late 40s. The town name was a husband’s gift to the woman he had been married to for 27 years. Together, they raised seven children: two boys and five girls.

At its peak, soon after statehood, America, Oklahoma, was home to about 200 people. They settled around the sawmill founded by William Spencer and his brothers, located on an offshoot of the Frisco rail line that ran from Monett, Missouri, to Paris, Texas.

By 1911, America’s prime timber had been cut and the mill closed.

In 1916, Tom and Maggie, as America liked to be called, moved 5 miles south to a new settlement. There he built a general store, school, saw and gin mill, as well as a church for his wife. He again was the town’s first postmaster.

This town was named Tom, in honor of himself.

It was in Tom, Oklahoma, that the couple, who had celebrated their 51st anniversary the month before, died within hours of each other on September 30, 1927.

The eulogy published in the McCurtain Democrat read:

Tom was stopped with sorrow Thursday afternoon when the news was wafted over the village that Mother Stewart and her husband Tom had passed away, the latter having been in bad health for over a year. They were taken sick with malaria … Mother Stewart’s spirit passed away most peacefully the following morning at 6 a.m. and Mr. Stewart likewise at 12:00 noon the same day, each passing over the river to the great beyond within six hours of each other; neither knowing that the other was going. They were laid side by side and those viewing them said theybwere so natural they looked as though they were taking a quit slumber.They will be missed more than usual because they were pioneers …

At the time of their death, the dwindling town of America had transitioned from timber to cotton. By the time the cotton gin shut down during the Great Depression, most of the townspeople had long ago moved on. The post office was shuttered the day after Valentine’s Day 1944. The general store closed its doors the next year. In the years since, the white metal marker near the tracks announcing the town of AMERICA, where the postmaster used to hang the letter sack so the next train could pick up the mail without stopping, has disappeared. So has the depot, and nearly all of its residents.

But snuggled in the far southeast corner of millions of Oklahoma road maps, beneath the town of Moon on a quiet stretch of Highway 3, America and Tom remain.

“I came to America in ’94. My husband was raised here.
There was a sign up there right by the railroad tracks that said America, but it ended up missing. It used to be a pretty big place,
the way I understood. Now our kids are the last ones left.”
— Stephanie Leader Friend, mother of Kristin Leanna Friend, 5,
and Kyle Wayne Friend, 7.
Photographed July 1, 2010, in America, Oklahoma.

Editor’s Note: This is the 11th installment in a continuing series as author and photographer M.J. Alexander chronicles her travels across the state of Oklahoma.