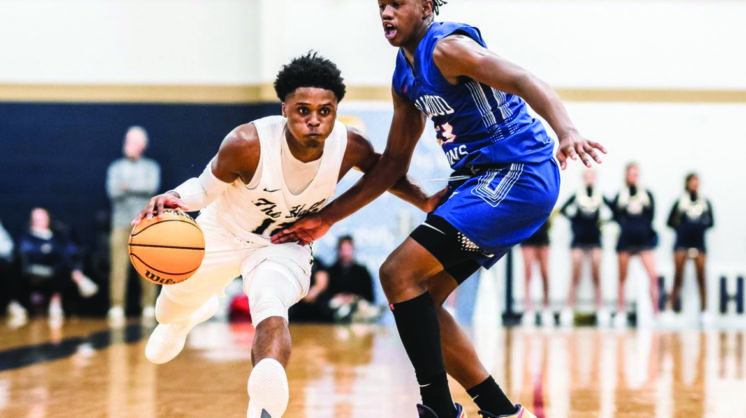 Within the realm of sports, Oklahoma may generally be considered a football state, but the Oklahoma City metro area has a solid reputation for high school basketball. Talented, well-coached teams have shaped the city and positioned it for national recognition. Over the last decade, however, the talent in this state has become more widespread, with more kids getting national recognition and moving on to play college basketball, and in many cases, high-level college basketball.

Oklahoma City has had plenty of big names. The city actually has a storied history of athletes that may deserve a Netflix documentary one day: from Xavier Henry to Blake Griffin, Taylor Griffin, Daniel Orton, Trae Young, Sheldon Williams, David Godbold and more.

What’s the difference now? It’s seemingly more widespread. Not only are there an increased number of Division I and Division II caliber hoopers casually walking around OKC’s high schools, but there seems to be more talent in rural Oklahoma.

In the past, there would be a few notable names coming out of Middle of Nowhere, Oklahoma. Today, kids from these small communities are getting a ton of recognition — in some cases nearly as much as players from OKC. What is it? Are the players simply better than they used to be? Does social media play a role in their increasing exposure? Utah Jazz assistant coach and Carl Albert High School alumnus Irv Roland spoke on what he believes plays the biggest role in the rise of the hooper in Oklahoma.

“Oklahoma has always had an abundance of talent, especially on the girl’s side,” he said. “I think what we’re seeing now is that a lot of people that might have grown up in Tulsa or Oklahoma City are moving to other parts of the state, because of either job opportunities or chances to be landowners.”

Roland has a point. As land becomes available in the state at lower prices and families look to move out of the OKC metro area due to increased housing prices, job opportunities or other reasons, we’re witnessing talent permeate through the state more prominently than before.

“The beauty is, even if you play in a smaller school district, with the internet, social media and AAU basketball, these kids aren’t falling under the radar the way they would have 10-15 years ago,” Roland said.

The talent in the state of Oklahoma has long been there, but the majority of that talent has been centralized either in Oklahoma City or in surrounding school districts like Mid-Del, Putnam City, Edmond, Moore or Norman.

The same goes for the Tulsa metropolitan area. What we’re seeing now is an evolution of many things: the growth of Oklahoma’s housing market, the expansion of training programs throughout the state and the rise and takeover of social media. Wherever the athletes are physically, the future of high school basketball in OKC, and the state overall, is pretty promising.