The Rise of Skywalker Wines - 405 Magazine 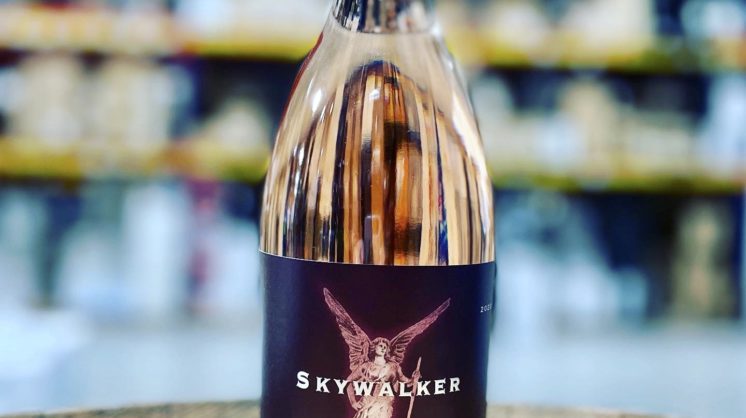 Skywalker wines are finally in Oklahoma! Odds are good that most people didn’t know that George
Lucas is also in the wine business, but for the Jedi order of Star Wars fans—those cognoscenti of all
things Lucasfilm—the desire for the Skywalker labels could only be satisfied in California or at a Disney
property … until this month.

Based on the success of Star Wars Episode IV: A New Hope, which original fans simply called Star Wars
for decades, Lucas invested in some land in Marin County, a notoriously terrible place to plant wine
grapes. Unfazed by warnings that the temperature swings and stiff winds off the coast would make grape-growing futile, Lucas planted his first crop in 1991.

“One of the benefits to Marin County, though, is the longer growing seasons thanks to cooler temps,” Alex Kroblin said. He’s the owner of Thirst Wine Merchants, the company that represents and distributes Skywalker Wines in the state. “They used the same grape clones that you find in Oregon because they love the cooler weather.”

The line includes a rosé, sparkling wines, Chardonnays, and Pinot Noirs under the Skywalker label and
Skywalker Sommità label, the latter of which is a more affordable tier. The sparkling wine is done with
Pinot Noir and Chardonnay in the traditional or Champagne method, leading to a burst of fresh apple,
toast, and refreshing bubbles. The Pinots are bold but elegant, with notes of cherry cola dominating, but
not overpowering, the layered complexity. Chardonnays are a lovely combination of Old and New World,
with the pleasant surprise that the Sommità Chardonnay is the star of the lineup when the price is factored in.

Thirst received a limited number of cases of Skywalker wine, but it should have good placement throughout Oklahoma City and Tulsa in both on- and off-premises accounts. The most affordable of the line will be the rosé of Pinot Noir, which should land on shelves for about $46. Ask your favorite package store to order them for you if they’re not on the shelf.