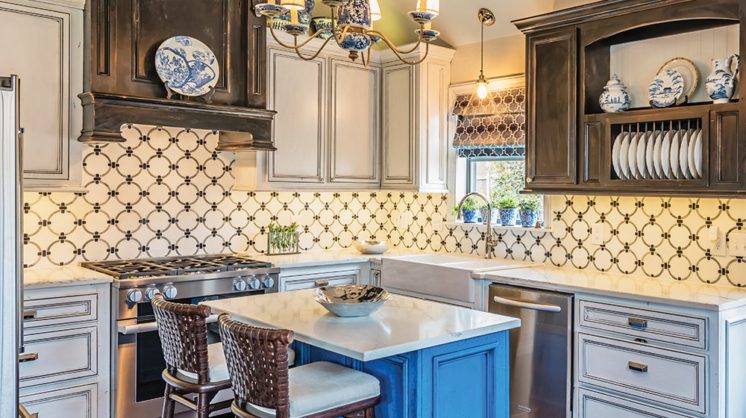 For many happy years, G. Calvin and Carla Sharpe lived in the grand and iconic Crown Heights home at the corner of NW 38th and Walker. They raised their family, she enjoyed designing and maintaining the plantings in the many large flower beds, and one year passed happily into the next. But as children grew up and moved out, a small thought began to unfurl in Carla’s mind, tiny tendrils at first, reaching for the sunlight with the tentative grace of a seedling. It whispered, “MOVE. Downsize.”

She told her husband about her idea, and began looking for a house. She looked and thought, and thought and looked, for five years. G. Calvin began to think of her idea as a passing fancy. Then she found a 1932 bungalow that had been on the market for nine months, taken off and relisted. “We had 24 hours to decide to make an offer. The description said it was move-in ready, and it had been added onto in 2012,” Carla says.

A tour of the home for G. Calvin was quickly arranged and he loved it, too. Soon after, the couple’s longstanding interior designer – the venerable and visionary David Gipson, principal at Gipson Design – came for a tour. “The home was in great shape, and the addition was beautifully done,” Gipson says.

The couple, both attorneys, bought the house in December 2016, and moved in with their 13.5-year-old French Bulldog Rocket six months later. Gipson and his team began work in January. The first thing he did was take off for Dallas with Carla, in order to choose some of the home’s key elements. She has a great eye for design and an affinity for English bamboo pieces. Her husband has an equally keen eye for art, and together the couple has curated a tidy collection, much of it Native American.

After establishing the paint colors for the home and refinishing the floors to a darker hue, it became clear that the mechanicals would need to be moved into the attic to create more storage space. The Sharpes were downsizing by more than half, which required more than a little strategy. From there, the kitchen was reimagined and went from dark and neutral to light, exuberant and colorful. And Carla is up to her elbows in landscaping ideas and projects, which makes her smile, even as she plots the locations of hundreds upon hundreds of tulip bulbs. “This is our forever house,” Carla says. “We love it.”

The original home was constructed in 1932, and 80 years later, an almost undetectably new set of rooms was added. The Sharpes moved in just shy of a year ago. 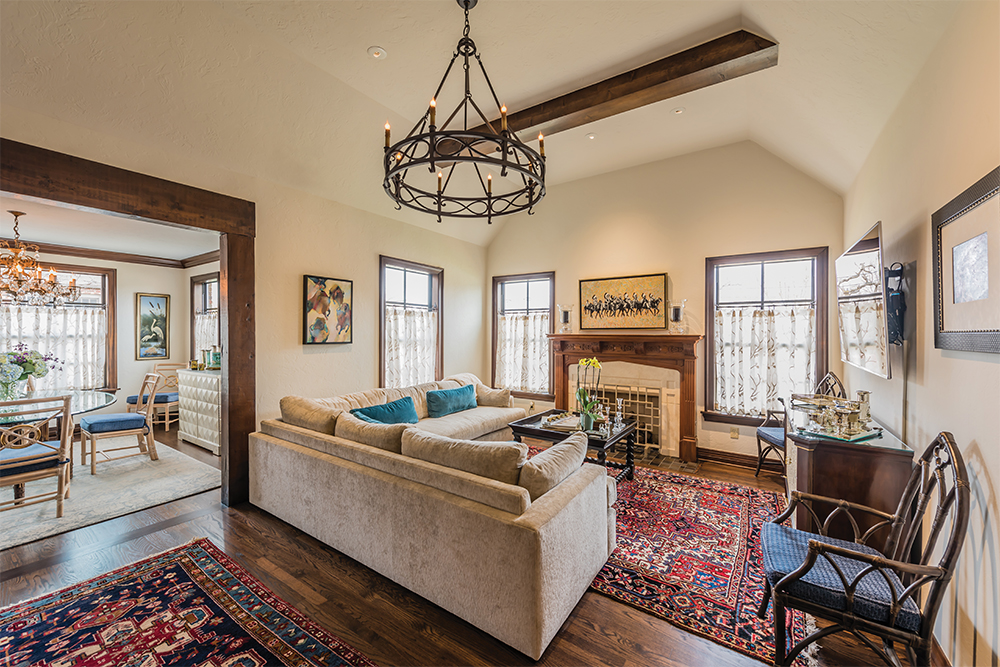 A sophisticated sectional by Baker (G. Calvin’s favorite spot for lounging) anchors the living room, which was painted a shade of woolskin to visually enlarge and brighten the space. Antique Persian rugs add warmth and color underfoot.

► See an expanded gallery of images below