The Tale of the Triangle - 405 Magazine 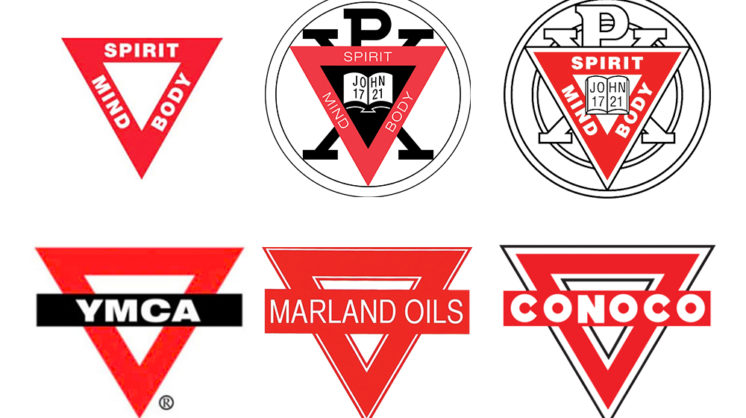 THE CLAIM: The triangular logo of this early Oklahoma oil company later became the basis of the YMCA emblem.
What was the oil company? Marland Oil Co.

THE SOURCE: “Just How Well Do You Know Oklahoma Trivia?”
The Oklahoman
April 20, 2008

FACT CHECK: False. “Actually, it was the other way around,” says David Keathly, executive director of the E.W. Marland Mansion and Estate. “He (Gov. Marland) gave the YMCA tens of thousands of dollars in support, and the logo was payback, in a way.”

Ernest Whitworth Marland (1874-1941) was a Pennsylvania lawyer turned Oklahoma wildcatter, who, at the height of his powers in the Roaring Twenties, controlled an estimated 10 percent of the world’s oil production. He hit his first gusher in the summer of 1911 and built success after success, founding several oil ventures. He consolidated the businesses in 1921 as the Marland Oil Company.

By then, the red YMCA logo had been established for 30 years. Its originator was Dr. Luther Halsey Gulick (1865-1918), a son and grandson of missionaries, who designed the inverted triangle to represent “an essential unity: spirit, mind and body: each being a necessary and eternal part of man, being neither one alone but all three.” The result, he wrote, was a “wonderful combination of dust of the earth and the breath of God.”

That Marland would recognize the power of a memorable logo was not surprising.

“E.W. Marland was a little different,” Keathly says. “He was a marketer. While the others were just out there exploring for oil, he was producing, refining, marketing, building stations.”

His eye for detail and innovation were key to his success. Marland was the first oilman to rely on geology, core drilling and seismographs. The filling stations he built to sell his fuel looked like tiny triangular English cottages, complete with flowers and landscaping.

The Oil Weekly of Sept. 17, 1921, noted that 20 oversized Marland Oils triangles were being erected across Oklahoma, with each side measuring “10 and 20 feet” in length. “Today, the red triangle of the Marland Refining Company lays down a veritable barrage on motorists in the sections where Marland filling stations are to be found. The trademark is the basis around which all Marland advertising is working.”

By 1927, the red triangle marked the location of 550 Marland Oil service stations in 11 states. And then, the Marland name disappeared from them all.
Headed by J.P. Morgan Jr., the investors to whom Marland had turned to help expand his operations staged a hostile takeover. Marland Oils and all of its holdings would be folded into the Continental Oil Company.

Its new name: Conoco. Its new logo: the famous red triangle, with Marland’s name erased from the crossbar in favor of the new amalgam.

In his recounting of the event in the Life and Death of an Oilman, John Joseph Mathews recalls: “E.W’s heart was almost broken when he saw his name, his magic name, painted out on the symbolic red triangles on his filling stations over the land. … The name Marland was painted out and the name Conoco painted in on all the triangles, not just those on the filling stations – on every tank car, truck, pump station and company-owned building in the country.”

Marland went on to be elected to the U.S. House of Representatives from 1932-34, and served as Oklahoma’s 10th governor during the Depression years of 1935-39. After his term was over, he returned to Ponca City and said he would rebuild Marland Oil … but it was not to be.

He sold his beloved 55-room, $5.5 million Italianate mansion for $66,000 to an order of monks, and died six months later in the modest bedroom of what had been his chauffeur’s cottage, looking out the window toward his former home. He was 67.

Ernest Whitworth Marland was laid to rest in the Ponca City Mausoleum in Odd Fellows Cemetery, his vault marked by a stained-glass window and guarded by a custom gate. At the top and bottom of the black wrought iron runs a pattern featuring a dozen stars. Each contains eight triangles. 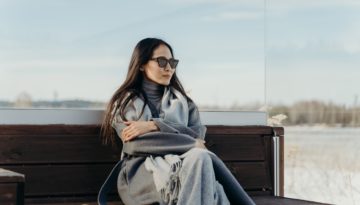