The Taste of the Season - 405 Magazine 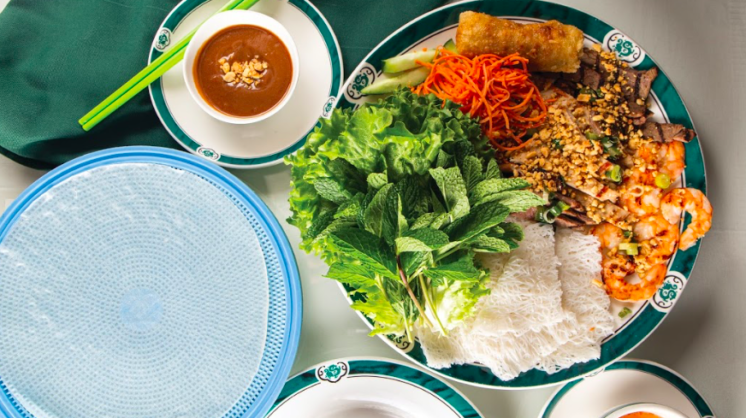 The Vietnamese name is “cuon goi,” which literally is “rolled salad,” but most English speakers know them as spring rolls. Research on the origin of the name leads only to frustration; there simply isn’t a strong historical trail of breadcrumbs leading to the point of origin.

Julie Nguyen, a personal chef and the daughter of restaurant owners, said the name could come from the tendency to use fresh ingredients based on the season; that would explain why menus use spring roll and summer roll interchangeably. There also is the confusion that comes from trying to sort the Chinese and Vietnamese traditions.

“Every East Asian culture is affected by China,” Nguyen says. “The same is true of southern Asia with its influences from Indian food. But spring rolls are very much a Vietnamese food; we have spring rolls, and the Chinese have egg rolls, and the cuisines have influenced each other.” 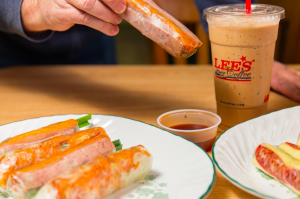 Put simply, a spring roll is a combination of fresh ingredients – including lettuce, carrots, fresh herbs, vermicelli noodles, and sometimes proteins – rolled into an edible rice paper wrapper. The most important part is that it’s not fried, and that’s why they’re often referred to as fresh spring rolls to differentiate them from fried spring rolls. The principal difference between Chinese and Vietnamese isn’t so much the ingredients inside; it’s the wrapping, because egg rolls use a wheat-based wrap.

Nguyen said the variety of vegetables isn’t limited to just a few allowable ingredients. Fresh veggies of all kinds, and even some pickled ones, make their way into the rolls, as do traditional Vietnamese herbs such as mint, perilla (or shiso), basil and cilantro. Because food always evolves, the possibilities multiply depending on availability, season, affordability and even location.

Golden Phoenix, 2728 N Classen Boulevard, offers beef spring rolls made with the eye of round, a now-common departure from traditional pork spring rolls, and one that works well in Oklahoma. General manager Jason Xa said they also include fried wonton sticks to add a crunchy texture. Fried spring rolls, like the ones served at Golden Phoenix, tend to come with a ramekin of fish sauce, but fresh spring rolls do not. 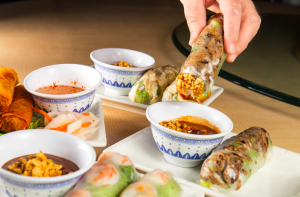 Instead, the fresh ones are served with peanut sauce – and most places make their own version. Still, you can count on hoisin, garlic, soy sauce … and peanut butter. Heads up, allergy-aware diners. Ba Luong, the co-owner of Super Cao Nguyen grocery, said that for people making sauce at home, the simplest recipe is two parts hoisin to one part peanut butter. Super Cao Nguyen also has all the ingredients necessary to make spring rolls at home, including a cheater pack of vermicelli noodles, so called because Luong said they’re the right size and shape (“like a little rug”) to fit easily into the roll. 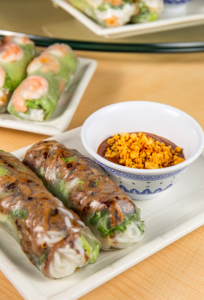 Lido Restaurant, near Super Cao Nguyen at 2518 N Military, serves a platter of roll-your-own spring rolls, and the experience is incredibly fun if sometimes frustrating. The advantage is the ability to choose which ingredients and how much you want to stuff (or try to stuff) into your spring roll. 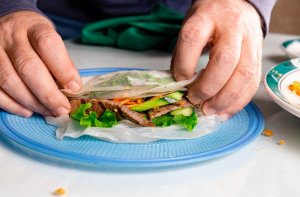 The biggest variety seems to be at Lee’s Sandwiches, 3300 N Classen, where you can find several styles wrapped to go. They’re made fresh every day and the options include vegetarian spring rolls, as well as more traditional roasted pork and Chinese sausage with egg. 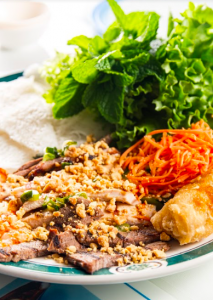 Nguyen said pork, shrimp and tofu are the most common proteins because of the extensive coastline of Vietnam, and the fact that pigs are easier to raise than cows. The influence of Buddhism on the country has also increased the likelihood of finding vegetarian cuisine, thus the tofu.

Wherever you decide to try, even if it’s all of the above, get out and try something fresh and delicious. This is, after all, the season.