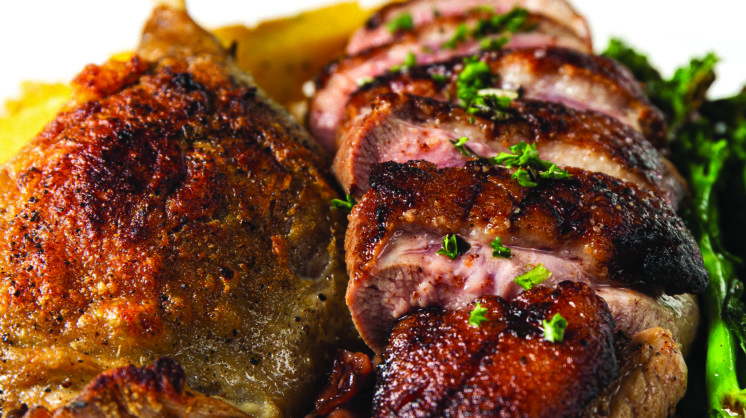 Restaurants often make the mistake of trying to be all things to all people. Even so, it is possible to be more things to more people. That’s the idea behind En Croute – both the original iteration and the newest version, which has repurposed the old St. Mark’s Chop Room space into an extended dining area, bar and bottle shop.

“When we started, I wanted to combine a local cheese shop with a neighborhood restaurant that was open for breakfast, lunch and dinner,” says Crosby Dyke. She is a founding partner and has been the operating partner throughout En Croute’s life. “The big stores had cornered the retail market, but I believed there was room for a small shop that sold a selection of excellent goods.” 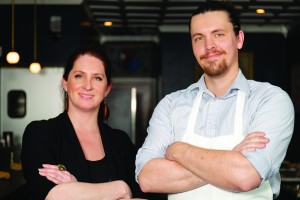 Opened in 2016, En Croute has been an anchor in Nichols Hills Plaza, as a dining spot, charcuterie counter and bar. The patio out front is perfect for a glass of wine or cocktail on a pretty day, and the beautiful interior beckons guests to stay a little longer. Drew Tekell, operating partner, and Eric Berumen, now a partner in the upcoming Commonplace market, have consistently put together one of the city’s best wine lists, and with the addition of Chef Kevin Ward – a graduate of the Coach House apprenticeship program – En Croute has an exceptional veteran team of operators.

Ward’s food manages to be delicious and elegant, but he can also throw down comfort food and rustic dishes with ease. The sockeye salmon on the current menu is a solid example of his versatility and adaptability. Salmon is in danger of becoming the new tilapia: an often-unremarkable fish option offered as an afterthought to the “healthy” diners. Ward’s, on the other hand, combines beautiful cooking, a quality product and the addition of bagna cauda.

“The bagna cauda is a holdover from the original menu,” Ward says. “It’s not well known around here, but it’s a staple in Mediterranean cuisine.” 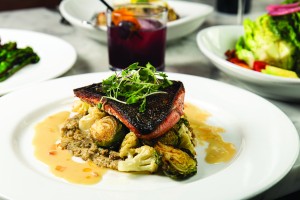 A combination of anchovies, garlic, artichoke hearts, celery root and a few other ingredients, the tangy, pungent dish is used as both a dip and an accompaniment in Mediterranean kitchens. Combined with the salmon, it brightens and deepens the meal, adding both contrasting and complementary flavors. It’s a brilliant twist on what could be a pedestrian dish. That is the signature of Ward’s cooking, along with consistency and excellent technique.

Ward’s best creation may be the duck prepared two ways – as a seared breast and a confit quarter, with the latter being explosively flavorful. Regulars would insist on the mushroom toast version, though, and they have a point. The red wine demi and polenta cakes add texture and layers of flavor, so much so that the polenta cakes ought to be considered a small plate option; they are that good. 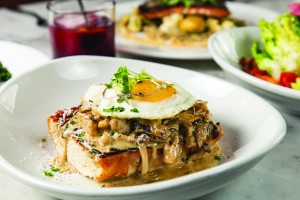 The challenge of late has been to combine the former chophouse’s fare with En Croute’s broader menu. Dyke and Ward said they listened to guest input about what they loved at St. Mark’s to form the new selections. Steaks were mentioned more often than anything else, especially the rib eye and the tenderloin, but the healthy dishes En Croute has been known for are not going away, either. One of the pasta dishes can easily be seafood-based or vegetarian, and the salad with avocado puree is beautiful and delicious.

Tekell’s wine selection is going to be one of the central selling points going forward. A veteran sommelier and operator, he has a stellar palate and great relationships with distributors. Rather than the sometimes overwhelming combination of great product and bulk wine in too many stores, he’s picking favorites and keeping the list to a manageable size, with good representation in multiple categories: red, white, rose and bubbles.

“We want people to be able to take a bottle of the wine they loved at dinner home with them,” Tekell says. “We’ll also have selections beyond the wine list if they want to experiment a little.”

The expansion means more space and a more diverse menu, but the cheese counter will still be an important part of the operation. And they will still be breakfast, lunch and dinner, so the neighborhood gem vibe isn’t going anywhere.