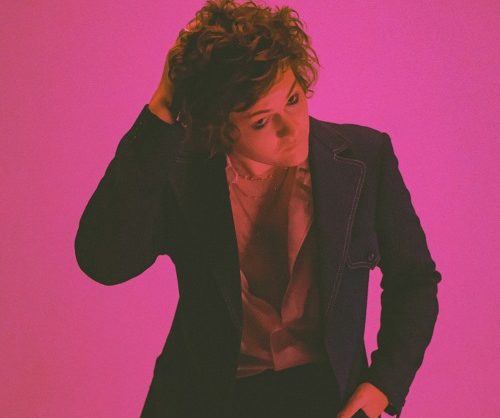 Three years ago, word spread in the local music scene of a new alternative sound out of Piedmont, blending pop-rock influences with electronic dance music. This artist became known across the country by listeners as Thunder Jackson.

At 8 p.m. on Nov. 20, Jackson returns to his home state to perform live at Oklahoma City’s Tower Theatre for the release of his debut album.

Jackson’s falsetto and feet-tapping beats adapt the alternative and indie rock genres into something engaging for everyone. In his self-titled album, this 11-track ensemble presents a fusion of Oklahoma alternative rock and West Coast instrumentation.

This global album release is available for both in-person and livestream attendance. The live event will take appropriate health and safety precautions, requiring face coverings and social distancing with a minimized indoor capacity. Virtual attendees can experience the intimate performance using the simultaneous four-camera livestream from the safety of home.

Before the show, fans can enter to win the #ThunderJacksonLive contest by following @thunderjackson on Instagram and tagging 3 friends before the end of today, Nov. 19. The winner will be announced later in the evening. Additional information about the concert can be found at the Tower Theatre’s website.