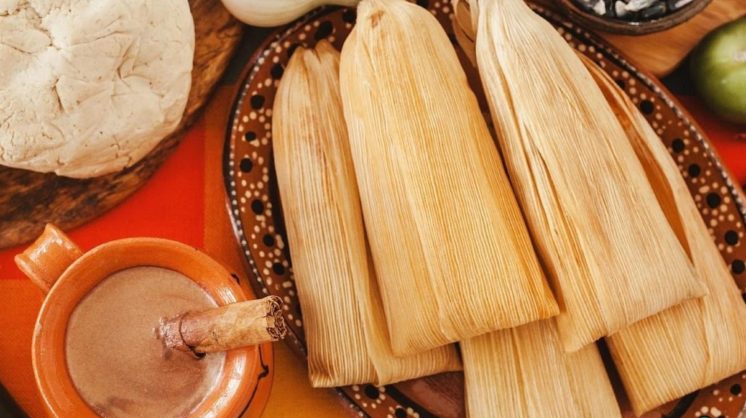 Sad news: Barrios has taken its phenomenal mushroom tamales off the menu. On the bright side,
once we heard, we went looking for more great options around the metro. Introduced to
American diners by San Antonio’s famous Chili Queens in the latter part of the 19th century,
tamales are now standard fare in Mexican, Tex-Mex, and Central and South American
restaurants. By the way, the anglicized “tamale” is based on a misunderstanding of Spanish; the
word is actually “tamal,” and the -es is the plural form. Americans just assumed “tamale” was
the singular, and -s the plural.

Finding really good tamales is not as simple as you’d think, because you run into a standard
answer problem: “Who has the best tamales in town?” asked of your Latin friends typically
yields an answer like “My mom” or “My tia.” That’s not particularly helpful — unless you’re
invited over for dinner, and if so, enjoy. They probably didn’t lie to you.

Asking restaurateurs doesn’t help much either. I asked a restaurant owner about his favorites.
“Our Guatemalan prep cook makes the best I’ve ever had,” he answered. Another said his cook’s
mom. “Are they for sale anywhere?” No. Of course not.

You can still find tamaleros—those entrepreneurial solo operators with cart or wagon or ice
chest—in town, especially by looking around Capitol Hill or SW 29th. It’s safe to say we’ve
never had a bad tamale from someone dragging an ice chest full of them, and at a buck or two
apiece, it’s a very affordable experiment.

Before getting to the restaurants, it’s important to note that mercados typically have good
tamales; La Michoacana on SW 29th and any Supermercados Morelos location come
immediately to mind. La Michoacana has red and green pork depending on the day, and Morelos
always has chicken, pork, and peppers with cheese, with corn tamales available for an extra 50
cents.

Tamales El Patio gets recommended more than any other joint in Oklahoma City when people
ask about tamales, on which it focuses almost exclusively. Like many Mexican restaurants, it
offers three traditional (and stellar) varieties: red pork, chicken, and jalapeňo and cheese. Take
cash, otherwise you’ll be looking for an ATM.

Felix Cornejo has a successful mobile detailing business, but during the shutdown last year, he
was looking for ways to generate revenue when demand for detailing dropped. With the help of his mother Alicia Cornejo and her recipes, he started Tamale King, and the best part (besides the
delicious tamales) was that he delivered. What stands out the most about Tamale King’s product
is how great the masa tastes. He offers several varieties of tamale, including an incredible
quesabirria version. Felix said they’re developing an app now for orders, and they’ll be leasing
space in the urban core later this year. That means Tamale King should have orders for the
holiday season, but for now, we’ll all have to be patient.

Central and South American tamales often differ from the Mexican varieties both in ingredients
and construction. You can still get pork or chicken, but the chicken will often be bone-in, so be
prepared. Maize is common, but so are paches (made with mashed potatoes), especially in
Guatemalan restaurants. Both La Criolla (Guatemalan) and Pupuseria Mi Chalateca
(Salvadoran) serve delicious tamales. Like most Central American versions, the masa is wrapped
in banana leaf and steamed, so the tamal is less dense than the Mexican style. La Criolla serves
its chicken tamal with the bone in.

El Fogon de Edgar, the metro’s only Colombian restaurant, made the jump to the south side
before COVID, leaving its old space for Pupuseria Mi Chalateca. Its tamal is also served bone-in.
It’s not available every day, so pop in on a weekend and experience Edgar’s super flavorful,
savory tamal. Might as well start with the empanadas though, and get extra aji verde.