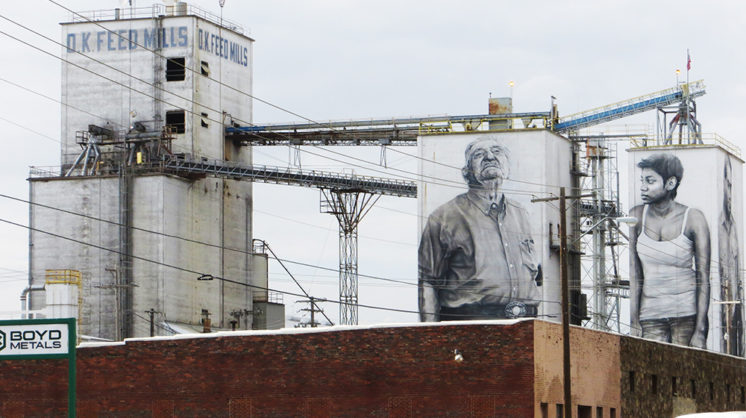 When should a tourist excursion begin with a trip to a bordello? Before getting too worked up, bear in mind that the site ain’t what it used to be – the visitor center for Fort Smith, Arkansas, is now housed in a National Register of Historic Places building … which once was one of the city’s turn-of-the-last-century bawdy houses. In Fort Smith, the hospitality has never ended – just changed for the better.

I have a great love of and fascination with history, and Fort Smith offers a heaping helping of the subject. And though it’s across the state line, Oklahomans will find their history intertwined with events which took place here.

As early as 1808, Cherokee in the east were being encouraged to move west. The first fort at Fort Smith was built in 1817 to keep peace between the resident Osage in the area and arriving Cherokees. Later, when removal became mandatory, many of the Native Americans, particularly the Cherokee, entered Indian Territory near the fort.

A second fort was built in 1838. This outpost became a supply depot during the Civil War and changed hands several times. The military abandoned the fort in 1871.

In 1872, the Federal Court for the Western District of Arkansas, which had jurisdiction over Indian Territory, took over a former fort barracks. It became, most famously, the site of “Hanging Judge” Isaac Parker’s courtroom. And parts of the building are preserved in the National Historic Site Visitor Center and museum.

A great deal of history in the museum involves the Indian removals – “Trail of Tears” – and their impact on the tribes. Indian Territory also gets lots of attention for the variety of miscreants who terrorized the Territory.

Surprisingly, Judge Parker himself was actually not a proponent of the death penalty. The only crimes that warranted the ultimate verdict were rape and murder. A former U.S. Congressman from Missouri, Parker championed education and supported women’s suffrage. His nickname probably sends him spinning in his grave, which is nearby in the Fort Smith National Cemetery.

For architectural history, check out the Belle Grove Historic District, a 22-block area which features several historic houses open to the public. My favorite is the Clayton House: Originally built in the 1850s, it was enlarged to an elegant, Italianate-style Victorian in the 1880s by William Henry Harrison Clayton, federal prosecutor in Judge Parker’s court. The house is completely furnished with ornate period pieces, including several belonging to the Clayton family. 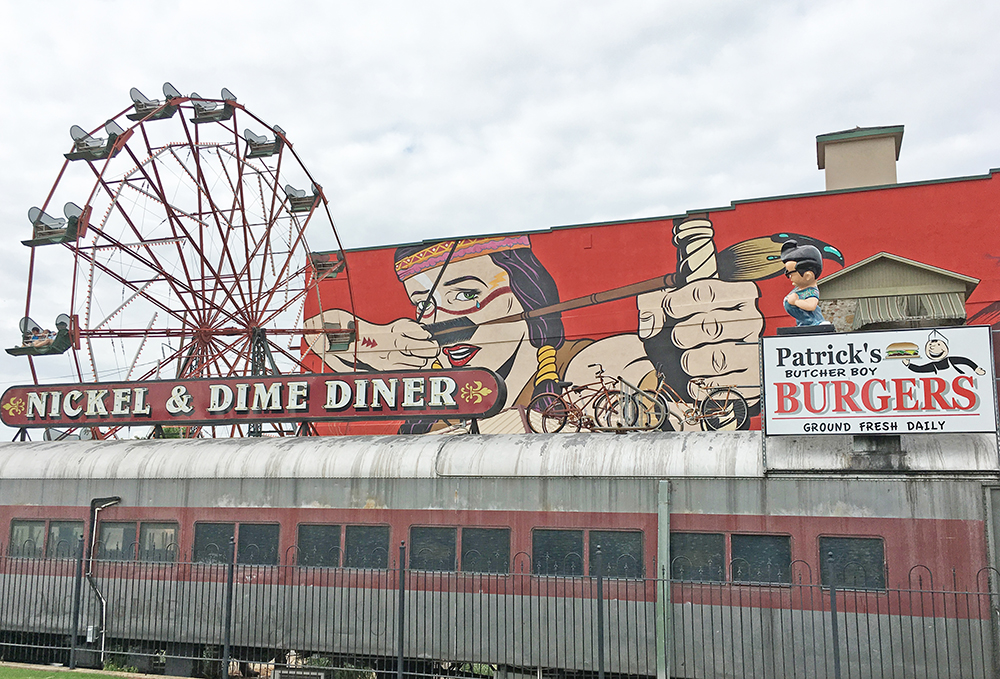 Fort Smith appreciates its past – but doesn’t live there. An unusual art project, Unexpected, has attracted international artists by offering them massive “canvases.” Selected artists are given carte blanche to create murals on the walls of many of the town’s buildings. The project’s purposes include revitalization of the downtown area and stimulating interest in art in the community, and their creations range from abstract or fantastic to photo-realistic. Most are painted, but some are structural or sculptural.

During an annual 10-day festival, the public can watch the works being created. But the wonderful thing is that they can be enjoyed year-round.

Jack and I had only a short time in Fort Smith, and a full itinerary. We took a late afternoon tour of some of the art sites. We saw murals by London-based urban artist D*Face and a sculptural piece, “Fox,” by Portuguese artist Bordalo II, who used trash and found objects to create his work. Probably my favorite piece was “American Heroes” by Australian artist Guido van Helten. Giant, photo-realistic portraits of workers adorn a local feed mill. The monochromatic triptych depicts three local workers – a female, African-American business owner, a Native American member of a historic re-enactment group and a World War II veteran who worked for the company that owns the mill.

Another project bringing locals and visitors downtown is the Park at West End. This quirky urban park features a 1935 Ferris wheel from the San Diego World’s Fair and an ornately painted Italian carousel. Funky figures populate the park including a life-sized elephant and giraffe, and one of D*Face’s murals, “War Paint.” 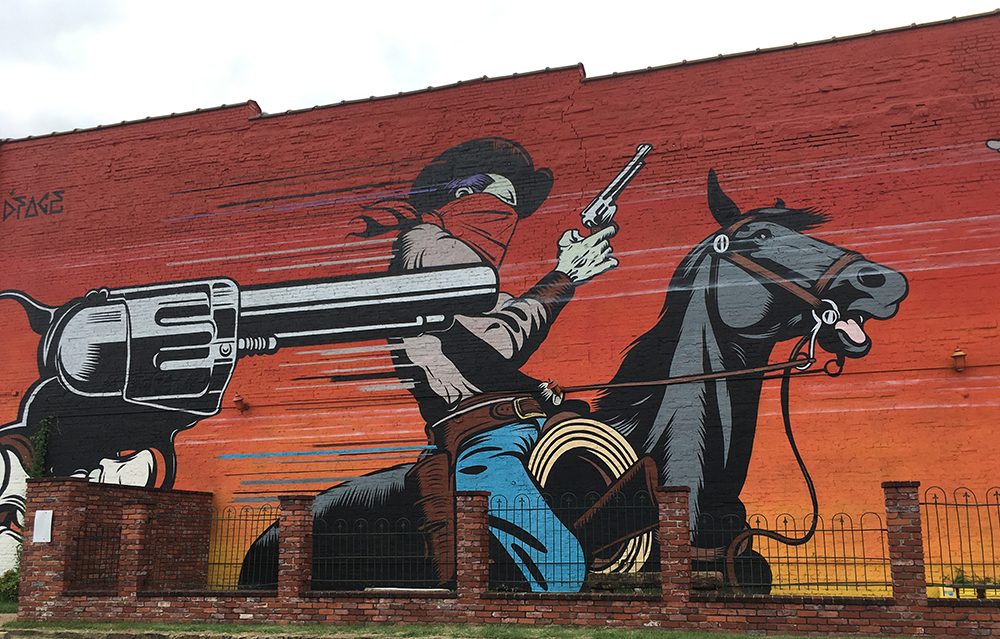 Famous in the Future

For years Miss Laura (a.k.a. Carolyn Joyce, Convention and Visitors Bureau Tour and Travel Sales Director) has been telling me about the proposed United States Marshals Museum. And, frankly, I wasn’t terribly excited – just another history museum.

Finally, ground has been broken and a tentative date set for opening a year from this fall. I got to see renderings and hear about the exhibits – what’s actually going to be covered in the museum – and let me tell you, this is really going to be special.

First off, when I pictured the Marshals Museum, all I thought of was Marshal Dillon. I didn’t realize that the Marshal Service was founded by George Washington. And this new museum will cover its more than 200 years of service.

According to Patrick Weeks, President and CEO, the museum won’t have exhibits. He says, “exhibits are things, this museum will have experiences. Our purpose is to inspire thoughts and emotions through telling stories in unique, creative, innovative, outside-the-box ways.”

The design team is the same team that created the Abraham Lincoln Presidential Library and Museum in Springfield, Illinois. I visited that museum last year and was blown away. The United States Marshals Museum, utilizing interactive features and augmented reality, is going to be a blast.

But don’t wait until next year – come to Fort Smith now. There’s much more to do than we had time to do. And there’ll be a lot more by the time the Marshals Museum is open. A direct trip takes less than three hours. Or you could do it the way we did – take the long route. Drive the Talimena Scenic Byway, then spend the night in Fort Smith. Just make sure you stay more than a day!