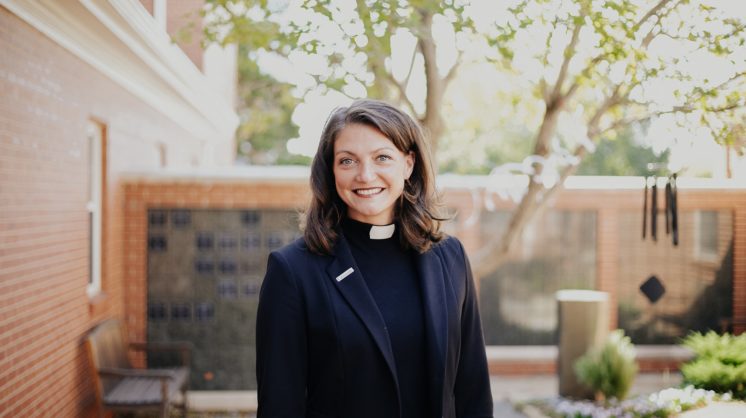 Five days after he was sworn into office, on Jan. 25, 2017, President Donald Trump issued two executive orders that limited immigration from seven countries and codified his promise to build a massive wall along the United States’ southern border. The Reverend Dr. Lori Walke, then the associate pastor for Mayflower Congregational UCC Church, saw those orders and subsequent restrictions as a call to action.

“All people from basically seven countries, many of those countries we were bombing at the time,” says Walke, a 36-year-old former Oklahoma State University basketball player who went on to earn a master’s degree in health care administration from OSU, her juris doctorate from Oklahoma City University School of Law and her Master of Divinity from Philips Theological Seminary. “And for many of our congregation, that really started us on a journey, learning about immigration, refugees and asylum seekers.”

For the next 10 months, Walke and Mayflower’s congregants invited immigration attorneys and “Dreamers” – so called for the never-passed proposals in Congress called the DREAM Act that would offer protections to illegal immigrants brought here as children – to speak to the congregation so Mayflower could be morally and legally prepared for how to address the crisis.

In October 2017, the congregation voted to become part of the Sanctuary Movement, which began in the 1980s in response to civil unrest in Central America and the subsequent flood of immigration from those countries to the U.S. It offers workshops to help Deferred Action for Childhood Arrivals (DACA) recipients renew their status, and accompanies undocumented residents if they are summoned to Oklahoma City’s Immigration and Customs Enforcement (ICE) office.

“We know that the results are better for people of color if a white person – and specifically a white clergy person – shows up to that appointment with them,” Walke says. 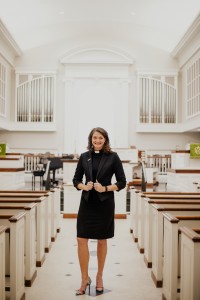 Walke and Meyers were featured in the 2019 documentary American Heretics: The Politics of the Gospel, which depicted Mayflower’s movement to join the Sanctuary Movement and explored the lives of progressive clergy in the “buckle” of the Bible Belt.

Events of the past year have required some major recalibration, both for Mayflower and for Walke. Since Meyers’ retirement on Jan. 5, Walke has served as acting senior pastor at the church and, at press time, was awaiting a Nov. 15 confirmation vote from the congregation to become Mayflower’s permanent senior pastor. It has also affected Walke’s prayer vigils for immigration justice. At noon every Friday, she and other activists broadcast a hybrid in-person vigil and Zoom call on Facebook Live, singing hymns and reciting prayers in hopes of speeding immigration reform and calling attention to the issues.

“So, of course, for the pandemic we were only online for a while, but in the last couple of months we moved to a synchronous vigil where we’re online and in person and probably between the two of those, there’s 20 to 30 folks that show up every week.” she says. “And it is a wide range of folks who come, including folks from the Jewish community. Oklahoma atheists, Lutherans, UCC, Islam, Catholic, Methodist. You name it, we’ve got it.”

While issues concerning undocumented immigration have received greater attention in the past four years, Walke, who tweets under the Twitter handle @highheelrev, says the problems are far older than one or two presidential administrations.

“Well, one of the things that we’ve learned during the process of educating ourselves on this issue is that the injustice to the community that’s being targeted is long – the history is long,” Walke says. “And immigration policy in this country has always been rooted in racism, so we’ve got a lot of ground to make up.”