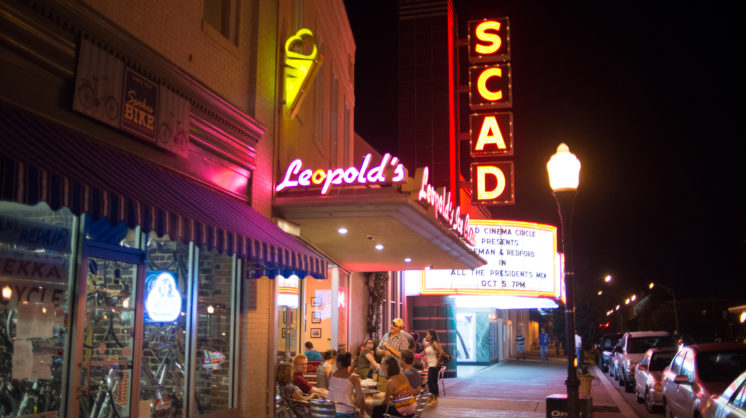 Savannah is where Georgia began – with James Oglethorpe and prospective colonists on the ship Anne. They landed in February, 1733, at Yamacraw Bluff, site of an Indian village. Oglethorpe arrived with an idyllic idea of a colony established for the working poor of England in which there would be no liquor, no slaves, no lawyers and no Catholics. Those goals didn’t last long. Today, three out of the four prohibitions have long since disappeared. What is here now is one of America’s most beautiful and historic cities.

Savannah is notable for its geometric layout, with wide streets, parks and public spaces. Some of its squares sport fountains or statues, and many are surrounded by elegant old homes and grand churches.

I’m a big believer in the hop-on-hop-off narrated tours offered in many cities, although I’m not a hopper – at least on the first pass. I ride the entire route, getting an overview of the area and taking notes on sites I want to revisit. Passes are usually good for all day, so sometimes I catch the trolley to get from place to place later, but only if I’m tired. I hate wasting my time waiting for transportation. Fortunately, Savannah is easy to walk.

My home base in Savannah was the historic Marshall House Hotel in the historic district. Built in 1851, it served as a hospital for soldiers near the end of the Civil War, and during two later yellow fever epidemics. It’s supposedly haunted, but I entertained no ghosts. Wine, cheese and history are served up in the library on Thursday and Sunday afternoons, but more importantly, the hotel’s location is perfect for exploring Old Savannah.

A hundred years later, citizens decided to replace the monument with a tribute to a railroad tycoon. It was reported that they scattered the chief’s bones over the square

Later, the Georgia Society of the Colonial Dames of America erected a rugged granite monument with an encomium to remind visitors of the help and hospitality of Mico Tomochichi.

Johnson Square, the first of Savannah’s squares, is also the largest. It was a place where settlers came to get water, observe the time of day on a sundial and bake their bread in communal ovens. Today the ovens are gone; replaced by fountains.

You might assume that a statue of James Oglethorpe would stand in Oglethorpe Square, but it doesn’t. It’s in Chippewa Square, built around 1815 and home to the statue since 1910. The sculpture was created by Daniel Chester French, who, ten years later, would sculpt the monumental statue of Abraham Lincoln for the Lincoln Memorial. Chippewa Square was also the movie location of Forrest Gump’s bench – the square’s still there but the bench is in the Savannah History Museum.

Any exploration of the squares will reveal the variety of architectural styles in the city. One of the most elegant structures, the 1819 Regency-style Telfair Mansion (by Telfair Square), houses the oldest art museum in the South. To see what life was like in the 1820s, head north of Columbia Square to visit the Davenport House Museum, a Federal-style home restored and furnished with pieces appropriate to the period.

West of Monterey Square is the Mercer-Williams House. Made notorious by the book Midnight in the Garden of Good and Evil, the Italianate-style house was built for the great-grandfather of singer, songwriter and Savannah native Johnny Mercer. 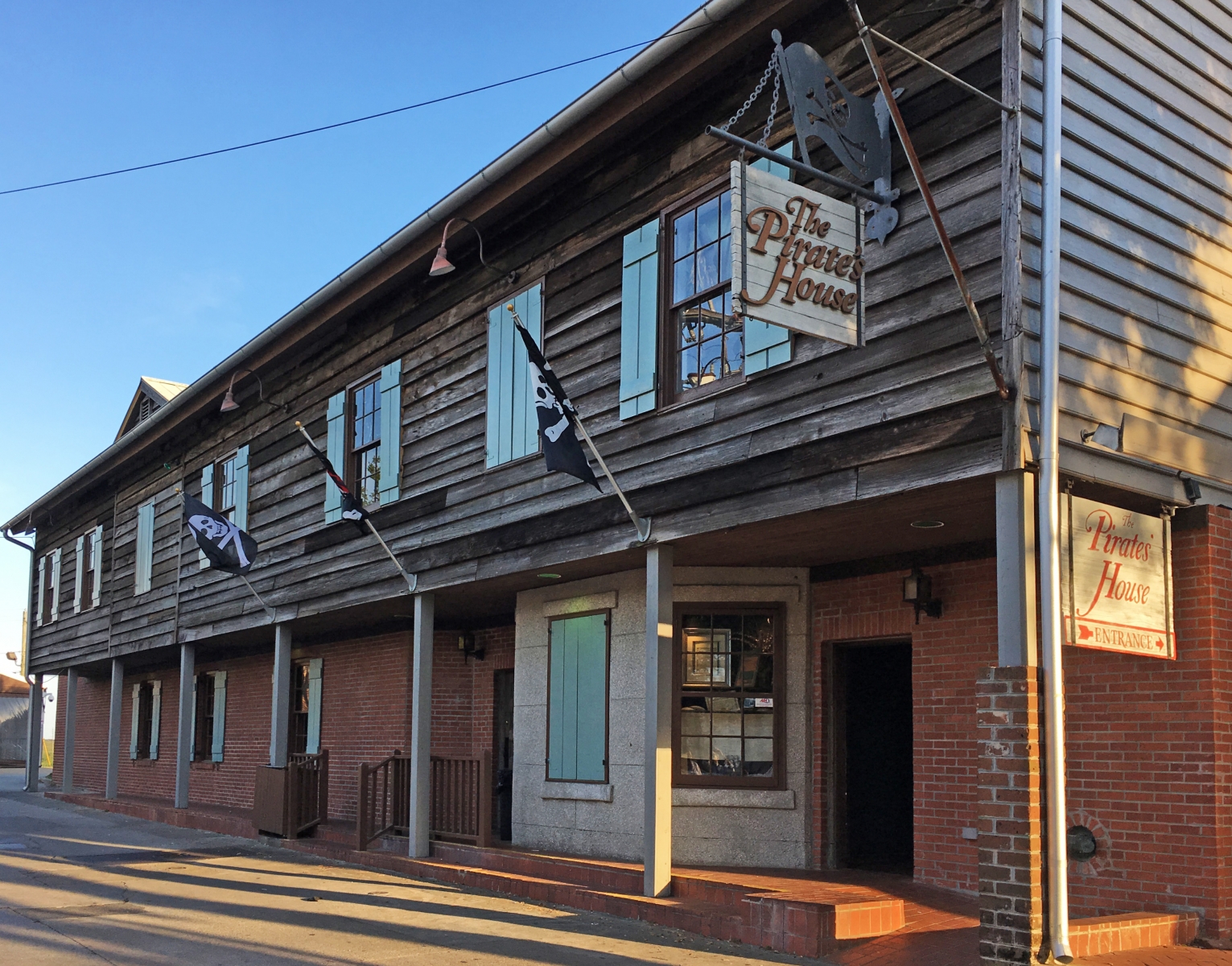 Legends and truth are hard to distinguish about Pirate’s House near Washington Square. A seaman’s tavern, it was built before 1800 … but stories differ about the exact details. It now houses a restaurant with good food and a fun atmosphere where they play up the pirate connection – as did Robert Louis Stevenson, who described it in Treasure Island.

This is a great foodie city – super Southern food and great seafood, but also a lot of other choices. I can highly recommend Savannah Taste Experience food tours. I took the First Squares tour, which dished up not only fine food samples, but a hefty helping of history. We got great variety from shrimp and grits and pork belly sliders to Cornish pasties. Savannahians like to top off meals with a stop at Leopold’s, which has been treating the town to wonderful homemade ice cream for 99 years. Prepare to wait in line. 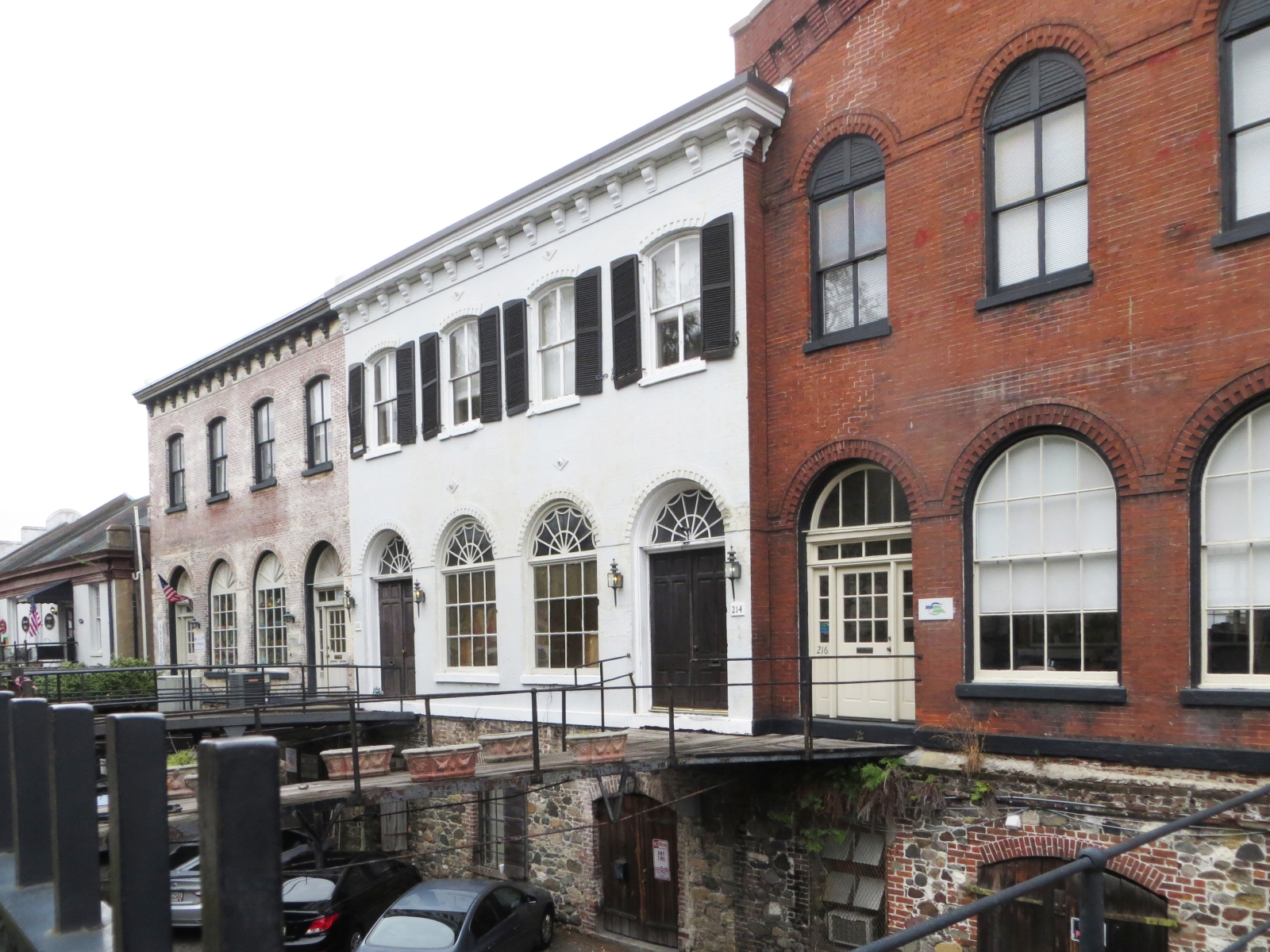 The north edge of the historic district is defined by the Savannah River. Along the river below the bluffs, you’ll find a substantial row of 19th-century buildings known as Factors Row. These were warehouses and offices for cotton brokers, as cotton had become the backbone of the economy. Iron walkways bridged the top of the bluff with the upper stories of the buildings – and still do. The ramps leading down from Bay Street atop the bluff down to River Street below are paved with cobblestones left by ships that departed loaded with cotton.

In the 1800s, Savannah was one of the most important cotton markets in the country, and the magnitude and grandeur of the 1886 Romanesque Revival Cotton Exchange building reflect the primacy of the commodity. The arrival of the boll weevil around 1920 all but destroyed the industry; the fight against the pest lasted almost 70 years, but today, Georgia is again a leader in cotton production, second only to Texas.

But the days of the riverside warehouses are gone. The buildings now are occupied by a number of shops and restaurants. If you’re looking for souvenirs, River Street has plenty. 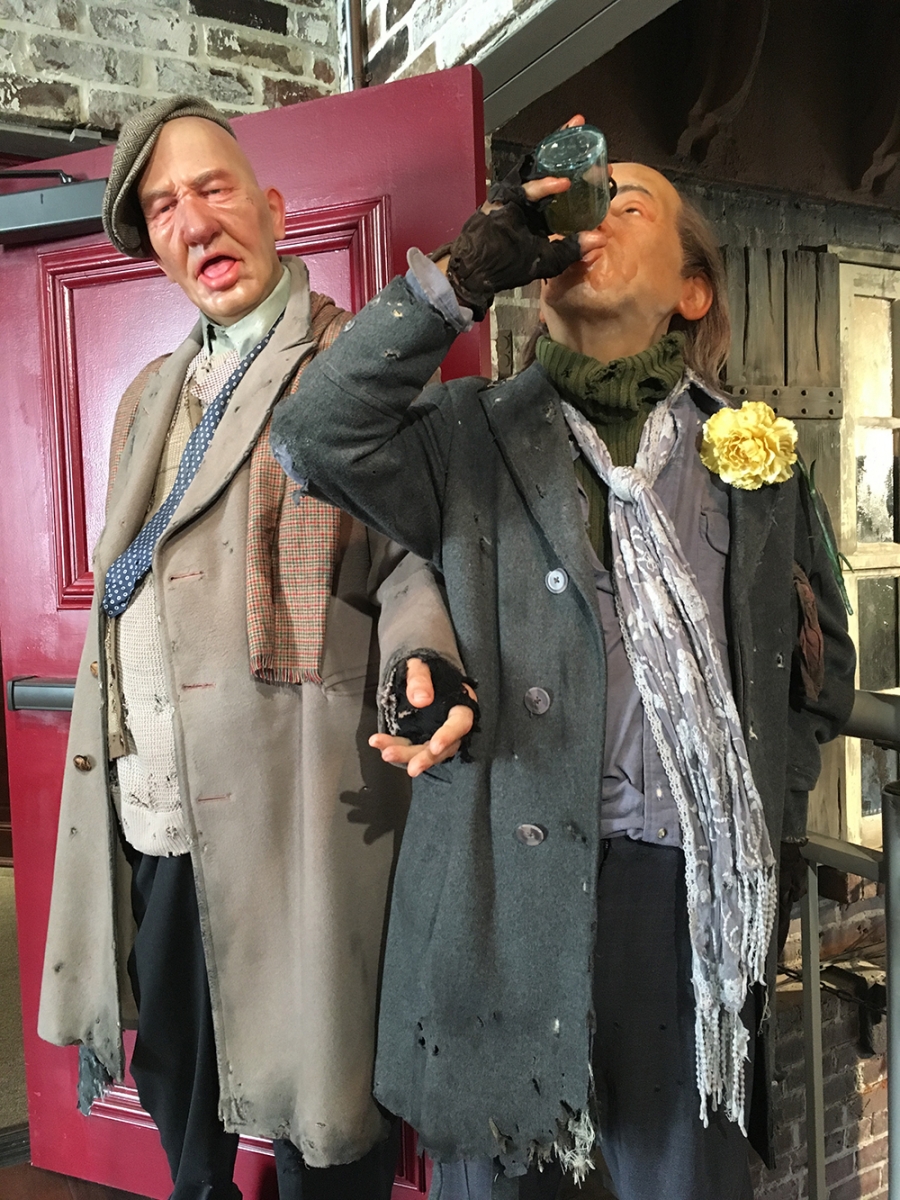 The old city market is gone, too. Today the City Market area features pedestrian walkways, shops and attractions – which brings me to one of the biggest surprises I had in Savannah: the Prohibition Museum. It looked like a tourist trap to me. I never would have gone in, except I had a pass and I was right there.

This museum is so well done – providing professional displays, lots of information about going dry without being dry, even a ’20s-style speakeasy serving Prohibition Era craft cocktails. Exhibits include lifelike wax figures, vintage vehicles and costumed docents. Subjects range from moonshine to mobsters. The museum is run by the same company that runs the Old Town Trolley Tours, so consider a combo ticket.

I only spent three days in Savannah – just hitting some highlights. I could have spent three weeks exploring this fascinating city and the nearby barrier islands. And if I’d had more time, I would have gone back to Chippewa Square and tipped my hat to James Oglethorpe for a job well done.