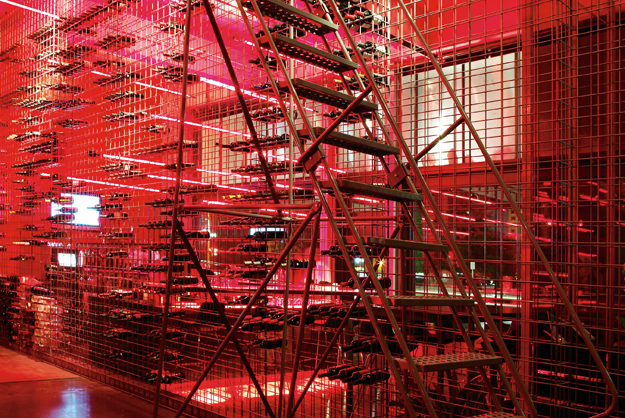 It is a famously competitive and difficult industry. More of its businesses seem to close their doors than open in any given week, month or year, yet it continues to grow in total sales and number of operations. It requires a delicate balancing act combining art and creativity with a savvy business plan and, above all, a commitment to serve.

The good news about the restaurant business in general is that it is becoming more diverse and sophisticated. The better news for local food lovers is that Oklahoma City’s dining scene is thriving.

“Although it’s extremely competitive and always has been, if you are going to be in the restaurant business anywhere, Oklahoma City is a good place to be,” says Jim Hopper, president and CEO of the Oklahoma Restaurant Association. (See “By the Numbers.”)

Hopper points to the success of the Thunder, MAPS 3 and one of the lowest unemployment rates in the nation as factors in the positive climate for restaurants. It is universally agreed in the business that the four pillars of a successful operation are quality food, atmosphere, cleanliness and service. But beyond these, certain trends are becoming apparent on the local scene.

“There is a strong growth in independent restaurants that are concentrating on one specialty area or unique concept, such as coffee, tacos or chicken,” says Margaret Holloway of Café 501 and Boulevard Steakhouse. “There also seems to be a rise in supporting our local resources, local produce and other growers.”

“More and more people are aware of what they consume and they expect their restaurants to provide lots of options,” adds Melissa Scaramucci of Local in Norman. “The modern diner is becoming very well educated.”

Young chefs are introducing new ideas to Oklahomans. Hopper cites the nationally renowned internship program run by Kurt Fleischfresser at The Coach House as a breeding ground for creativity in cuisine. That creativity is moving Oklahoma City beyond its heritage as a “steak and potatoes” town.

“More restaurants than ever have been introducing new and unique items into the market,” says Keith Paul of A Good Egg Dining Group. “We are seeing more adventurous diners than ever before.”

Scaramucci agrees. “I see diners who are discerning and well-traveled and their expectation level for great food is high. They know when their risotto is cooked well, they appreciate a wild-caught fish and they want to know about the bok choy we got from a farm near Tulsa.”

Despite certain very real concerns – the ongoing drought, which has led to higher commodity prices, and the fear of a fallback into recession – Hopper foresees the industry continuing to grow. “Lots of restaurateurs are looking for new concepts, expanding beyond what they have done before. It’s a good time for restaurants in Oklahoma City.”

The high: “An elderly lady told me that she had driven to Boulevard to pick up a gift certificate for her son, who had just survived brain tumor surgery. She wanted to surprise him and celebrate his recovery. I gave her a complimentary gift certificate. Six months later she came in with her whole family, and it was wonderful; they had a great time and I could tell it was a special time for them as a family.”

The low: “We try to make a difference in the lives of the employees who work in the restaurant. Trying to decide when they need a break and a second chance or when it is time to say goodbye is difficult. We try to be role models for them, but sometimes their best lesson is the hardest one to swallow. Learning that the grass isn’t always greener is one learned over time.”

The high: “Our focus from day one has been on our people, so the best moments come when longstanding employees gradually move up through the company. Our lead cook at Cheever’s and very good friend, Juan, has been by my side for all 12 years in business. His son, who was 10 years old when Juan started, is now the lead grill cook at Red PrimeSteak.”

The low: “The most frustrating moment came when another local restaurant decided to question our ethics, our mission and operations via social media. Most of us have a certain mutual bond to stick together, help each other out when needed, [but] this has happened a couple of times and unfortunately, I expect it will happen again.”

The high: “We had a web reservation for two on the patio, [but] our patio was booked for a party that same night. The couple had gotten engaged on our patio, though, and were getting married on Friday, and were eating with us to celebrate. So we got some beautiful new plants, some new furniture, moved some of our existing patio furniture and furnishings and created a wonderful dining environment just for them, and for the big party. We made them a little red velvet cake and toasted them with champagne – it was an awesome ‘make it work’ moment and I’m thrilled to say we did it. Being part of someone’s life event is absolutely the best part of owning a restaurant.”

The low: “We constantly strive for perfection. We call it ‘Respect the Soup’ here. We put so much effort into just making soup – from sourcing our food direct from farmers to processing it ourselves. But all that hard work vaporizes as soon as someone has to wait for their water to be refilled, or their ravioli is cold, or someone’s steak isn’t temped correctly; and then that customer doesn’t come back and all the work was for nothing. So constant training, vigilance and flawless execution in the front and back of the house is critical to our philosophy and success. We have to Respect the Soup.”

» Oklahoma restaurants will generate a projected $4.9 billion in sales in 2012.
» There are over 5,800 eating and drinking establishments in Oklahoma.
» Every dollar spent in Oklahoma’s restaurants generates an additional 95 cents in sales for the state economy.
» In 2012 restaurants in Oklahoma employ over 153,000 people, which is 10 percent of all employment in the state.