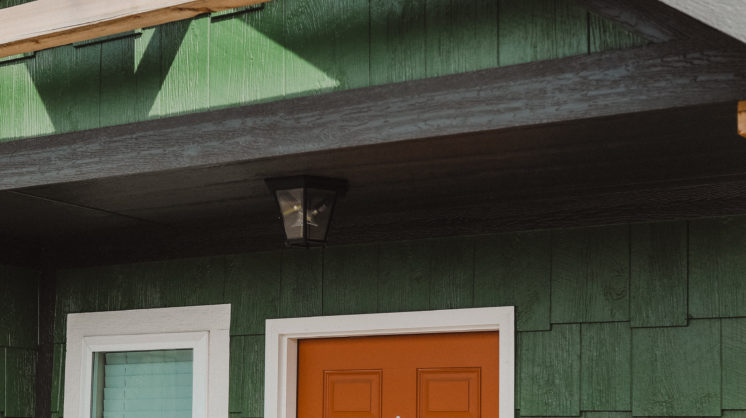 For nearly 50 years, Pivot, Inc. has been striving to make life better for homeless young adults looking for safe harbor, nurturing and skill building – and above all, instilling in those people that their future is worth living, and is bright as they want to make it. 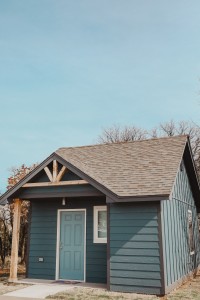 There are plenty of young adults for Pivot to serve. There nearly 700 students enrolled in Oklahoma City Public Schools who are either homeless or living in a motel or another form of temporary housing, or who lack adult or parental guidance.

Pivot aims to stop the slide at the earliest age possible. 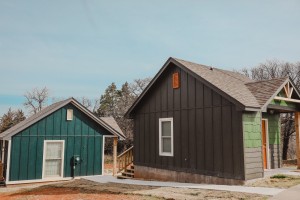 “The earlier you can intervene, the better off you are,” says Pivot executive director Jennifer Goodrich. “I think there’s a misconception out there that for people who are 16 or 17, they are in some sort of state custody plan. The reality is a lot of them aren’t. So if we can intervene at that age, before they get to 30 when it sort of becomes a generational situation, the outcomes are much better. It has an impact.”

Serving so many requires out-of-the-box thinking. In 2018, Pivot received a grant to build tiny homes on its 12.5-acre campus. These provide a space for young adults to live in single-occupancy housing. So far three have been built, but there are plans for 20 more on the horizon. 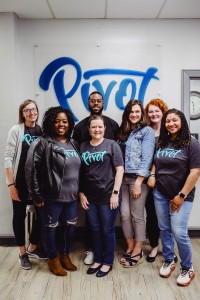 “We looked at multiple options and this one fit what we wanted to do, especially for those who are 18 and aging out of the system,” Goodrich says. “We wanted to create a community, a neighborhood.”

Each tiny home has a kitchenette including a refrigerator and a dinette set. There’s ample storage space and an en suite bathroom. The homes don’t have lofts, which gives them a more open feeling. They’ve been a hit with their occupants.

“They’re succeeding and doing very well,” Goodrich says of those residents. “All three are employed and graduating in May. They have post-secondary plans.”

Goodrich said the success of the current tiny homes residents is a credit not only to the support they receive at Pivot, but also to their own desire to build a life for themselves.

“What’s made them successful is their own work, but also the support they’ve had,” she says. “We’ve helped them build a house and home for themselves, and now we’re building humanity. Teaching them the skills that when they run into difficulty transitioning into adulthood, they will be able to cope. Not being homeless makes all of that easier.”