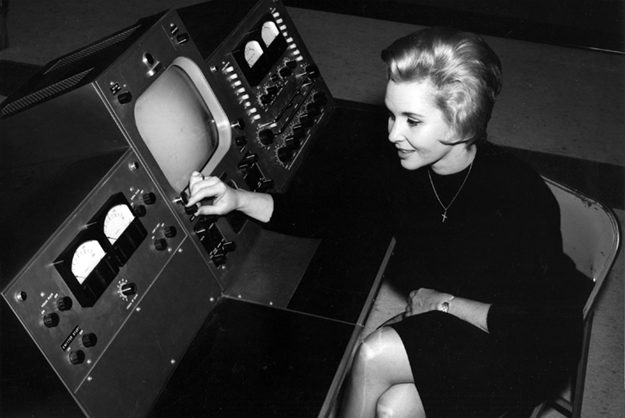 An Entire Generation of Oklahoma Housewives Tuned in Every Day to Watch the “Ida B. Show.” From 1959 to 1975, Ida Blackburn, or “Ida B.” as she was known to her fans, took to the airwaves of KOCO-TV.

She was one of the first female celebrities during the golden age of television, and she welcomed celebrities from John Wayne to Natalie Wood and Andy Griffith to the “Ida B.” set.

A very young Miss Oklahoma 1966, Jane Jayroe, visited a full year before she became Miss America. And son Bobby (now known as Dr. Bob Blackburn, Executive Director at the Oklahoma Historical Society) was usually on hand to help point out the top musical acts of the day.

Ida B. featured a cooking segment and her recipes were a staple in Safeway (now Homeland) stores throughout the state. She taught women the art of self-defense, and showcased the latest trends in fashion.

More than 6,000 episodes of the “Ida B. Show” were filmed. After its run, Ida continued her long reign at KOCO, becoming the first female account executive in Oklahoma City.

Today, Ida B. is still active and can be seen regularly in commercials airing throughout the state.